If the idea of physicalism is correct — that all of our mental states can be described in purely physical terms — then neuroscience is not only the study of our brains, but the study of our entire existence. Neuroengineering, defined as the application of engineering principles to neurological problems, then becomes how we engineer our relationship with existence itself.

Fifty years ago, nobody but computer programmers knew the personal computer was being developed, and the primary market for the device was thought to be scientists. Today, computers are a ubiquitous.

Digital technology has revolutionized nearly every facet of our lives. Today, neuroengineering is in a similar infancy. While most people would understand the basic idea of using engineering techniques to alter, improve, repair, and study neural systems, most people would lack for ideas on the application.

Dr. Ed Boyden is somebody who does not lack for those ideas.

As professor of Biological Engineering and Brain and Cognitive Sciences at the MIT Media Lab, Boyden has launched an award-winning series of classes at MIT which teach principles of neural engineering, starting with the basic principles of how to control and observe neural functions. While studying neuroscience at Stanford University as a Hertz Foundation Fellow, Boyden discovered that human memories are stored by a specific molecular mechanism, and that the content of a memory determines the mechanism used by the brain.

His work focuses on dramatically improving how the brain is imaged, opening a world of opportunities for people who wish to study the neural pathways that make our brains work. Dr. Boyden’s high resolution 3-D maps of the brain, unlike prior 2-D maps, allow researchers to pinpoint exactly what part of the brain they wish to focus on.

Resulting from improved mapping of the brain, one basic application of Boyden’s work includes better treatment for brain injuries by altering the flow of electric signals through neurons. Some of Boyden’s projects, however, seem to enter the world of science-fiction:

“One concept that I think is emerging is what I like to call the brain coprocessor, a device that intimately interacts with the brain. It can upload information to the brain and download information from it. Imagine that you could have a technology that could replace lost memories or augment decision making or boost attention or cognition.” 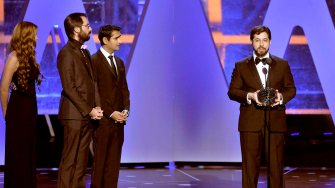 A cyborgian improvement to my memory and ability to focus? The ability to save my memories on a disk like a word file? Immortality for my experiences? Anything is possible. Already thousands of people have something similar to this technology helping them right now, but Dr. Boyden imagines something larger:

“Although over a third of a million patients have had brain implants or neural implants that stimulate the nervous system, so far they’ve operated in an open loop fashion. That is they drive activity in the brain but not in a fully responsive fashion. What we want to do is to have bidirectional communication to the brain. Can you read and write information continuously and supply maybe through coupling these interfaces to silicon computers exactly the information the brain needs. My hope is that over the next five to ten years we’re going to get deep insights thanks to our technologies into how brain circuits compute and that will drive the design of these interfaces so that we can deliver information to the brain and record information from the brain at a natural level speaking the natural language of the brain if you will in order to powerfully augment things like memory and thinking.”

Such engineering and interfacing may even help us better understand what our consciousness is at all. In a remarkably interesting experiment Dr. Boyden explains how mice can have their brains stimulated to produce some pretty bizarre behaviour.

“A group at CalTech has activated certain clusters of cells deep, deep in the brains of mice. And if it’s the right cluster you can actually trigger a mouse to become aggressive or violent. They’ll attack whatever’s next to them even if it’s like a rubber glove, right. So the idea that you can pinpoint the exact circuits in the brain that implement these complex, even ethically and philosophically relevant circuit to the brain I think is starting to open up a new convergence of how brain circuits work in the context of very interesting relevant behaviors. You can also study diseases. You can, for example, turn off overactive cells in a seizure and you can actually shut down seizures in animal models with epilepsy.”

Is this the darkside of neuroengineering? After all, if all of our mental states, such as aggressiveness, are just physical, neurological, states, then giving us the ability to alter one would allow us to alter the other. This raises a myriad of ethical concerns for any widespread use of the technology. While the benefits of curing neural disease, improving cognitive function, and the like probably outweigh the negatives, we must take great care when making such alterations to our mental states.

Is this the wave of the future? Neuroengineering our way to better health, self-understanding, and ability? If it is, Dr. Boyden will have given us the map to it, if we are careful enough to avoid the ethical pitfalls he notices on the way there.

Photosynthesis is powerful but very inefficient. Humans can improve on this biochemical process to help the planet.
Up Next
Starts With A Bang

Politicizing science is nothing new: it happened to Ben Franklin

Lightning takes the path of least resistance to exchange charge between the skies and the ground, and that often involves passing through matter on the surface. Image credit: AFP / […]