The word “self-actualization” gets tossed around pop psychology and wellness blogs quite a bit, but what does it actually mean to become self-actualized? How does one go about it?

Self-actualization is the pinnacle of Abraham Maslow’s hierarchy of needs, a model of human motivation developed in the mid-twentieth century. Psychology at this point in time was mostly focused on how to fix sick people, but Maslow was more interested in explaining what motivates healthy people and what makes people happy on a fundamental level.

From this, he formulated the hierarchy of needs. It’s typically depicted as a pyramid (though Maslow didn’t necessarily present it as such) showing more basic needs on the bottom and more sophisticated needs on the top. As one need is fulfilled, people begin to feel the next need on the pyramid more keenly, and so on. As a human being climbs this pyramid, they first feel the need for food most severely, then the need for safety, then love, then self-esteem, and finally, self-actualization.

Maslow also thought these needs could be broadly divided into two groups: deficiency needs and growth needs. If you have no food, you will feel a need of deficiency. On the other hand, if you feel a bit crummy about being less talented than your peers at your job, you will feel a desire to grow and become more competent (which serves as an example of a self-esteem need).

But at the very top of this pyramid is self-actualization, the need to realize your potential and become everything you are capable of being. As Maslow put it, “What a man can be, he must be.” There’s no one-size-fits-all formula for this — what one individual can become is going to be different than what another can become. Maslow did, however, believe that certain behaviors could help point people toward a version of self-actualization that works for them. In his book, The Farther Reaches of Human Nature, Maslow described eight behaviors he argued would lead to self-actualization.

2. Be aware of your choices.

Throughout our days, we are consistently presented with choices. Maslow argued that for many of these choices, we could classify each option as being either progressive or regressive. Rather than instinctively choosing the safe, fear-motivated option, we need to be aware of our choices and whether one option encourages growth. “Self-actualization is an on-going process,” cautions Maslow. “It means making each of the single choices about whether to lie or be honest, whether to steal or not steal at a particular point, and it means to make each of these choices as a growth choice.”

3. Get to know yourself.

“To talk of self-actualization,” wrote Maslow, “implies there is a self to be actualized. A human being is not a tabula rasa, a lump of clay or Plasticine. He is something that is already there.” Rather than consult society, your peers, or the establishment about how you should feel and think about something, get to know your internal self. Far more often than we realize, we offload our opinions to authority, but it’s in those opinions that we can identify our true selves. 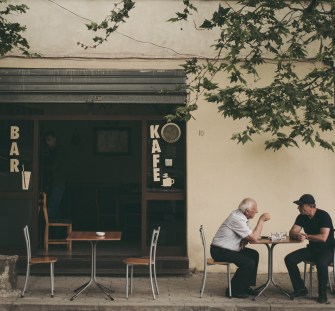 Photo by Juri Gianfrancesco on Unsplash

Not all of the time — sometimes we need to be diplomatic, or polite. Maslow argued that being truly honest, especially with oneself, is a method of taking responsibility. “In psychotherapy, one can see it, can feel it, can know the moment of responsibility. Then there is a clear knowing of what it feels like. This is one of the great steps. Each time one takes responsibility, this is an actualizing of the self.”

Part of learning more about yourself means that you can more often rely on yourself to make judgements. Various authorities act as arbiters of taste, but when you understand yourself better, you’ll also understand what works for you and what does not. In particular, Maslow wanted to highlight how this could make you unpopular. However, acknowledging that relying on yourself may not make you popular with everybody and being okay with that was something he believed was indispensable for self-actualization.

“Self-actualization is not only an end state,” wrote Maslow, “but also the process of actualizing one’s potentialities at any time, in any amount.” Self-actualization is a process, and it’s a difficult one. If you are “meant” to be a fantastic musician or an inspiring leader, you won’t be satisfied with being just a decent musician or a decent leader. Self-actualized individuals are constantly working to be the best they can be. 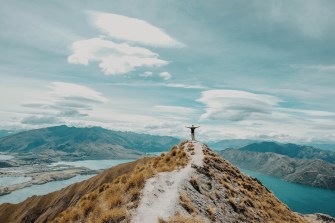 Photo by Paula May on Unsplash

8. Be prepared to deal with psychopathology.

Part of becoming a better person means identifying and dealing with some of the least pleasant parts of yourself. You’re going to run into some defenses that you’ll need to take down. “This is painful,” wrote Maslow, “because defenses are erected against something which is unpleasant. But giving up the defenses is worthwhile. If the psychoanalytic literature has taught us nothing else, it has taught us that repression is not a good way of solving problems.”

While Maslow believed that these behaviors could help you become self-actualized, it’s also important to remember that while this is an innate desire that human beings possess, it’s not a priority for many. Driving yourself crazy in the pursuit of “perfection” (which is not synonymous with self-actualization, it should be emphasized) won’t do you any good; taking a frank account of your identity, your needs, and your circumstances may reveal that you’re just not ready to undertake any kind of extreme personal quest. In either case, implementing these behaviors and perspectives in your life isn’t likely to hurt your development.

Buddhism has rules for slaying your enemies. But the real surprise is finding out who your enemies actually are.
Up Next
Communication

“Trust is so important to how we scale an idea. Without that trust, we don’t take risks. And without risk we don’t build that next big thing,” says Nilofer Merchant, […]