By and large, we’d prefer that people like us. We are who we are, of course, but we can change specific behaviors. So if there’s something we do that drives others away, we’d at least like to know what it is. Researchers have put a lot of work into finding out if there are behaviors that universally rub people the wrong way. There are.

We’ve grouped these behaviors into four categories according to the impression they create, with some overlaps. People who do these things may or may not really be the jerks they seem like, but these are the personalities their behaviors can imply. 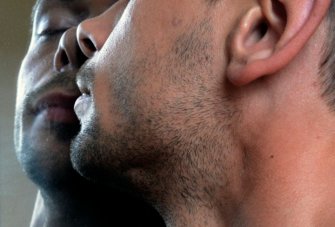 When someone acts like they think they’re better than you, it’s insulting, and who likes being insulted? You don’t want to give people the impression that you think a bit too highly of yourself.

The hallmark of someone who wants to boast, but doesn’t want to get caught doing it is the humblebrag. Yes, we get that your Tesla is hard to keep clean on your ranch’s dusty roads. A study by Harvard Business Review put it this way: “Despite the belief that combining bragging with complaining or humility confers the benefits of each strategy, we find that humblebragging confers the benefits of neither, instead backfiring because it is seen as insincere.”

Pestering people about their ethical choices

A study published in the Journal of Consumer Psychology found that we really don’t like it when someone criticizes our own moral choices, and we tend not to like them for it. Being chided apparently also hardens our resolve to do things our way. According to co-author Rebecca Reczek, associate professor of marketing at the Fisher College of Business at Ohio State University, “How ethical or moral you are as a person is an important part of your identity. People have a natural tendency to compare themselves to others. When they do so and find themselves wanting, they feel worse about themselves.” As well as the person questioning their ethics.

Every writer eventually has issues with the person assigned to be their proofreader or editor, but at least it’s that person’s job. How do you feel when someone, doing you what they think is a favor, chooses to point out your errors? A University of Michigan study of such people found that they’re more likely to be extroverts than introverts, and that being a grammar Nazi may be an indicator that they lack agreeableness altogether. Which is to say, if ths bothers you, leave it alone.

How to Make Others Doubt Your Honesty

There are several common red flags that can make one seem sketchy or untrustworthy. While there can be other, benign, reasons for these behaviors, they still cause people to slowly back away.

Hiding your real self

One of the great tricks for getting along with others is to ask them about their favorite topic: themselves. But taking this too far can get creepy. A University of Illinois study found that mutual self-disclosure works. An interrogation doesn’t. According to the study, “Although shy or socially anxious people may ask questions of the other to detract attention from themselves, our research shows that this is not a good strategy for relationship initiation. Both participants in an interaction need to disclose to generate mutual closeness and liking.”

Hiding your feelings is also off-putting. A University of Oregon study found that people who suppressed their emotions were perceived as “less extraverted, less agreeable, and more insecure about relationships and that, perhaps as a consequence, perceivers were less interested in affiliating” with them.

You want to be a good person. But taking it too far can make people wonder what you’re up to, according to a 2010 study from Washington State and the Desert Research Institute. In the study, an experimental game was set up in which players were hidden from each other, free to act more or less selflessly. At the end, subjects were shown other players’ actions (some were real, and some computer-generated). They were then asked to rate their desire to team up with individual players again. The most selfless players were rated as negatively as the greediest ones. The researchers concluded that people were suspicious of all that altruism, thinking, “Perhaps this person is lulling us into a false sense of security in order to take advantage of us later.”

A study by the University of Zurich found that name-dropping made created the impression the person doing it was manipulative, and adding insult to injury, incompetent. Their 2009 experiment was based on a supposed friendship with tennis great Roger Federer. The stronger the claimed relationship, the less likeable the name-dropper was seen to be.

How to Come Off as Worryingly Desperate 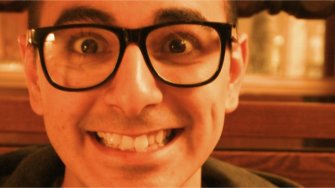 Maybe you are a little desperate to be liked, but showing it can imply low self-esteem, or worse, some valid reason no one likes you.

The University of Illinois study mentioned earlier also found that sharing intimate details about yourself too soon can make the listener uncomfortable, probably because it reveals a lack of care about who’s worthy of being trusted with secrets — after all, you’ve just met. Yes, we know this conflicts with the advice above about mutual self-disclosure, but it’s all about balance and timing.

There’s an online version of oversharing, too: Posting too many pictures on Facebook. Birmingham Business School did a study of this in 2013. Its lead author, David Houghton, says too many picture posts drive people away because they dilute others’ sense of an intimate connection with the poster: “It’s worth remembering that the information we post to our ‘friends’ on Facebook, actually gets viewed by lots of different categories of people: partners; friends; family; colleagues and acquaintances.”

Remember the saying “you can’t have too many friends?” Wrong, at least in the case of Facebook friends. “Individuals with too many friends may appear to be focusing too much on Facebook, friending out of desperation rather than popularity,” is the finding of a Michigan State University study.

The obvious question is, “Okay, so what’s the right number of Facebook friends?” The study says 300.

How to Be Taken for a Fool 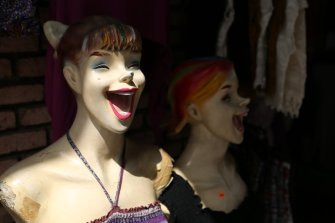 While cheery people are generally perceived positively, a study from New York University, the University of Chicago, and the University of Pennsylvania found they’re nonetheless often not taken seriously: “Specifically, people perceive very happy individuals to be more naïve than moderately happy individuals. These perceptions reflect the belief that very happy individuals shelter themselves from negative information about the world.” If naïveté is annoying to someone, then cheery people are, too. Worse, though, is that the study found, therefore, that bad actors tend to zero in on unusually happy people for exploitation as a result.

We sense that flop sweat doesn’t exactly radiate command, and a study by Monell Chemical Senses Center suggests this intuition is correct, with respondents giving low grades for competence, confidence, and trustworthiness to women who — to the noses of participants — gave off the scent of stress-induced sweat.

This one is very specific, but an important one if you’re looking for career credibility or a job. According to research by California Institute of Technology, posting a closeup to LinkedIn makes you look like a chucklehead. If you want to look professional, make sure you’re 135 centimetres, or about 4.5 feet, away from the lens. People just 45 centimetres, or 1.5 feet, away were rated by the study as less trustworthy, attractive, and competent.

Some Tips for Being Likeable 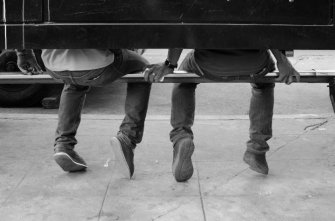 The research isn’t all negative. Here are a few ways to help people see the good person you are.

Get the sharing just right

Once you feel that you and the new friends you’re engaging with have reason to trust each other, be sure to give up some personal information. Again, it’s about balance. But the American Psychological Association collated data from multiple studies and found that being discreetly self-revealing is a great way to be liked.

Compliment, but with credibility

Everyone enjoys feeling approved of, though indiscriminately lavishing praise doesn’t ring true to the recipient. So it pays to be thoughtful before speaking.

It may not even be just a simple matter of saying nice things, but rather one element of a process: A 1965 University of Minnesota study found, interestingly, that receivers of compliments liked the other person best “when her evaluations moved from negative to positive and least when her evaluations moved from positive to negative.” It may be that it feels more like a win this way.

A University of Wyoming study found that smiling people are more likable, finding it even more effective than an open body position. Other studies back this up. Interestingly, not all animals respond so positively to the showing of teeth, but we sure do. So work on that pleasant expression, and don’t forget the Duchenne smile, smiling with your eyes.

Video cameras on city streets are only the most visible way your movements can be tracked.
Up Next
Hard Science

“These facts have been presented time and again, year after year, for decades,” DiCaprio says. “Quite simply, we are knowingly doing this to ourselves.”