As April 10th is National Siblings Day, it’s important to remember that the relationships we have with our sisters and brothers are among the most complex we have. Even if we rarely speak to them on a regular basis, or at all. Things between us and our parents can be intense, for sure, but they’re more one-directional: When we’re young, our parents are in control, and when they get older and need our help, we become the ones in control.

With our siblings, though, it’s often a more level and often more competitive playing field. And we know things about each other, which may be part of why siblings in your typical dysfunctional family often choose to fall out of touch with each other once the connection is no longer obligatory.

But something strange can happen as our pasts slip farther and farther away: We suddenly realize that the brother or sister who drove us crazy is one of the few people — or maybe the only person — who knew the cast of characters and events that shaped us. They were there, too, after all, and as a result, so much simply doesn’t need to be said regardless of what we talk about. It’s a powerful, startling, and wonderful process of re-discovery. 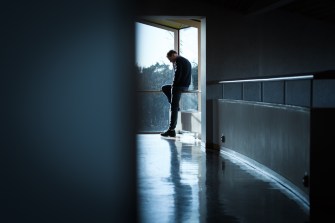 If only it were as simple as birth order

In childhood, siblings are continually negotiating their relative positions in the family hierarchy. It used to be thought that our birth order determined these rankings: the first child perpetually cast as The Achiever, the middle child as the Peacemaker, and the youngest child as the Life of the Party. Woman’s Day even published a guide to romantic compatibility based on birth order position of partners. But a more recent study, and a large one at that, found no compelling evidence for the birth order determining these roles. (One study found, however, that birth order may affect one’s adult weight.) 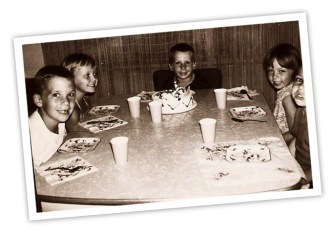 Birth-order categories appear on the outset to fit because they’re kind of like horoscopes, with “vague enough traits that it’s easy to project them onto yourself,” as Julie Beck, writing for The Atlantic, puts it. “A firstborn might think, ‘I am a natural leader;’ the youngest, ‘Everyone does love me;’ the middle child, ‘I am a bit of a rebel, aren’t I?’”

The complicated reality is often wildly different: the type of person we eventually become is far too complex and individual for these groupings to have any real meaning. And so, the (family) struggle is real.

How well do we get along with our adult brothers and sisters?

Complete estrangement from a sibling isn’t that common. Professor of human development and gerontology at Cornell Karl Pillemer tells Psychology Today that this only happens to about 5% of brothers and sisters.

Some studies paint a rosy picture, such as a 1992 study in which two-thirds of respondents termed their sibling their best friend. Still, other research found only 26% of 18-to-65-year-old respondents reported being in frequent and supportive contact with siblings, 19% were neither here nor there about their brothers and sisters, and 16% of sibling relationships were deemed “hostile.”

A secret weapon for getting older 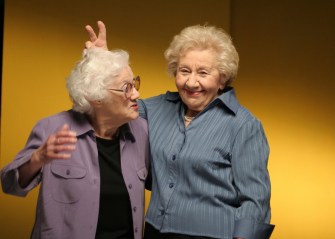 While most sibling research focuses on children, there’s some evidence that having a close sibling may be even better at generating later-life feelings of well-being than relationships with friends and one’s children do. A Swedish study is cited by Robin Marantz Henig, writing for PBS. Henig’s own experience with her brother explains the power of re-connecting with a sibling during their mother’s illness and death:

Paul and I irritated each other when we were kids; I would take bites out of his precisely made sandwiches in just the spot I knew he didn’t want me to, and he would hang around the living room telling jokes when he knew I wanted to be alone with the boy on the couch. But as adults we’ve always had each other’s backs, especially when it came to dealing with our mother’s health crises, which became more frequent in her final years. Paul was the first person I wanted to talk to when there was something that worried me about Mom; I knew he’d be worried, too. He was the one I called when Mom didn’t answer her phone the morning she had died in her sleep.

Sharing painful life-passage tasks such as a parents’ passing can re-create thorny childhood relationship patterns, with research suggesting that the care of an ailing parent falling to just one adult child is quite common, happening 40% of the time. This can, of course, drive a fresh wedge between already ambivalent siblings. However, as time passes, a fresh opportunity emerges for a heightened closeness via the sharing of family memories and the potential for a mature exploration and resolution of old issues.

Our exceptionally vibrant early experiences comprise only a small percentage of our lives. We’re adult brothers and sisters far longer than we are as children. As adults, we may or may not feel an obligation to our sibling — depending on our family ethos and individual experiences — but there’s no denying that we’re each others’ oldest relationships.

Though no one should spend today living in the past, it’s also true that our memories are among our only true possessions, more meaningful in the end than any material objects we accumulate. Each of our histories, our stories, is unique to us, and something to cherish. That we know someone whose own one-of-a-kind collection of memories overlaps with our own represents a precious opportunity for understanding and for closeness. Forced together as children, we can choose to be together as adults, or not. And that freedom to walk away makes the choice to remain even more profound.

Related
The Learning Curve
Why do high IQ people stagnate in their careers? Emotional intelligence
Research suggests that emotional intelligence is more vital for success than IQ.
The Present
Even in the age of AI, some problems are just too difficult for computers
Computers are growing more powerful and more capable, but everything has limits
The Future
How the metaverse will revolutionize K-12 and higher education
Imagine going on a tour through the human circulatory system as a tiny cell. That is just one example of education in the metaverse.
Starts With A Bang
Ask Ethan: What are white holes, and do they really exist?
In General Relativity, white holes are just as mathematically plausible as black holes. Black holes are real; what about white holes?
Life
Strange life forms create an “alien” ecosystem in an abandoned uranium mine
Slimy biofilms made up of bacterial and eukaryotic life forms have taken over an abandoned, flooded uranium mine in Germany.
Up Next
Starts With A Bang
Ask Ethan: What Happens When Stars Pass Through Our Solar System?
A recent study points to the possibility that just 70,000 years ago, a star passed through our Solar System. How often does this happen, and what are the consequences?We like […]