Ask someone what they look for in a partner and they may say things like smart, funny, good-looking, and may even trustworthy, loyal, and kind, all the adjectives you might expect. If you give them a chance to probe a bit deeper, they’ll probably mention similar tastes in movies, music, in hobbies, or foods. Then there are personal likes and dislikes. Women usually say someone taller than them. While men explain certain physical attributes they find attractive. Few people would say, “They should remind me of my father” or “mother.”

But if you look closer, you’ll see that there is a strong connection between the milieu in which we were raised and the type of partner we choose. Have you ever noticed that people pick mates very much like their opposite sex parent or childhood caregiver? An “imago” (pronounced like embargo) is the image that’s build into our subconscious. It contains all the positive and negative qualities of our caregiver(s) who raised us. This becomes a template for the romantic partner we look for down the road.

When we first meet someone we’re attracted to, we may not be aware of what draws us in. When the way another person operates is familiar to us, it makes us feel comfortable and safe, like “we’ve known them forever.” We feel good around this person and are able to let our guard down, even to be vulnerable. This allows us to build intimacy, from which the relationship springs.

The theory was developed by psychologists and romantic partners Harville Hendrix, PhD and Helen LaKelly Hunt, PhD. Their work culminated in the bestseller, Getting the Love You Want,a groundbreaking work now celebrating its 20th anniversary. 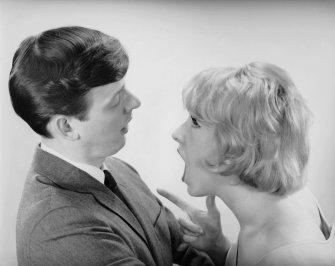 We model our adult relationships around how our caregivers interacted when we were children. Getty Images.

Growing up, watching our parents or caregivers interact modeled for us adult relationships. How dad treated mom for instance, can communicate how a woman feels, subconsciously, she should be treated by her partner in adulthood. How mom treats dad models how she should act. This works for men as well. If a boy’s father treats his mother like a queen growing up, he’s likely to do the same when he’s a husband.

One problem that happens along the way is, a caregiver may fail to meet a child’s needs. The child then adapts to accommodate the situation. The first stage usually occurs between birth and a year and a half. This is when one’s attachment style starts to form. If the caregivers are loving and responsive to the baby’s physical and emotional needs, he or she develops a secure attachment style.

If they are unresponsive or neglectful, the child internalizes feelings of rejection and begins to withdraw. Later on, he or she will avoid interacting with others, including peers. As the child gets older, they learn to cater to their own needs and become what is known as an “avoider.”

Others have inconsistent caregivers when they’re small. Sometimes they’re neglectful and at others, attentive. This can give the child feelings of abandonment, leading to another insecure attachment style. This person becomes a “clinger.” One’s attachment style acts as a foundation, upon which future stages are built. Stages go all the way up to adolescence and in each phase, a new behavior or tendency is added. 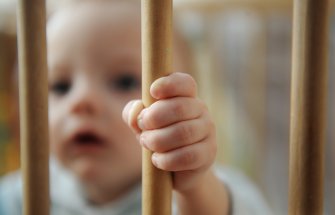 How we’re cared for informs us of our self-worth, how we’ll attach to others, and how we think we should be treated. Getty Images.

At age three to four, one develops a sense of self. Depending on how well it goes, he or she can become a “controller,” “diffuser,” or “an integrated self.” At four to seven, the child starts to feel their own power. As a result, they might become empowered, a “compromiser,” or a “competitor.”

At seven to 13, they learn about friendship, which can teach them how to conduct healthy relationships. But they may also become a “loner” or a “caretaker,” who always puts others first, and hardly ever mentioning their own needs. Finally, there’s adolescence, where we develop positive sexual and emotional relationships, or become a “conformist” or even a “rebel.” Each stage adds another element to our personality and instructs us in how to manage our relationships and fall in love.

None of these are concrete, however. Behaviors can be situational. We may be an avoider in one instance, and securely attached in another. What tends to happen is, negative background experiences set one up, for what Dr. Hendrix calls, malatropism, or responding in the wrong way to a person or stimulus. Consider the little boy who runs up and punches the girl he likes. It’s the wrong response for what he secretly desires.

Some psychologists believe we pick certain partners for psychological healing, to work through unresolved issues. So what if you weren’t raised in the best environment or you keep picking the wrong people? Are you stuck? Fortunately, patterns can change.

Drs. Hendrix and Hunt created Imago Relationship Therapy, practiced by many couples counselors today. This is talk therapy arranged around structured dialogue, aiming at contingent communication. Each person starts to understand the meaning behind what the other person is saying, their motivation, what forces shaped them, and how they feel, deep down inside. As Dr. Hendrix wrote in the book, “We are born in relationship, we are wounded in relationship, and we can be healed in relationship.”

Related
Health
The scientific highs and lows of cannibinoids
Hundreds of these cannabis-related chemicals now exist, both natural and synthetic, inspiring researchers in search of medical breakthroughs.
Strange Maps
The horrors of World War II air war, in one stark map
This graph shows how badly German cities were hit by Allied bombing raids.
Hard Science
Subatomic ghosts shed new light on the structure of protons
A Fermilab study confirms decades-old measurements regarding the size and structure of protons.
The Present
The Taoist philosophy behind Alibaba, China’s e-commerce giant
Alibaba has played a key role in China’s meteoric economic rise.
The Well
Can we condition ourselves to be heroes?
Neuroscientist Robert Sapolsky on the science of temptation, and the limitations of your brain’s frontal cortex.
▸
6 min
—
with
Robert M Sapolsky
Up Next
Starts With A Bang
Saturn’s moon, Enceladus, is our closest great hope for life beyond Earth
With liquid water, an energy source, and the perfect raw ingredients, Enceladus might be the holy grail we’ve been seeking.This article is written by contributing author Jesse Shanahan. Jesse is an […]