Forget everything you thought you knew about boiling and freezing, thanks to these MIT scientists. 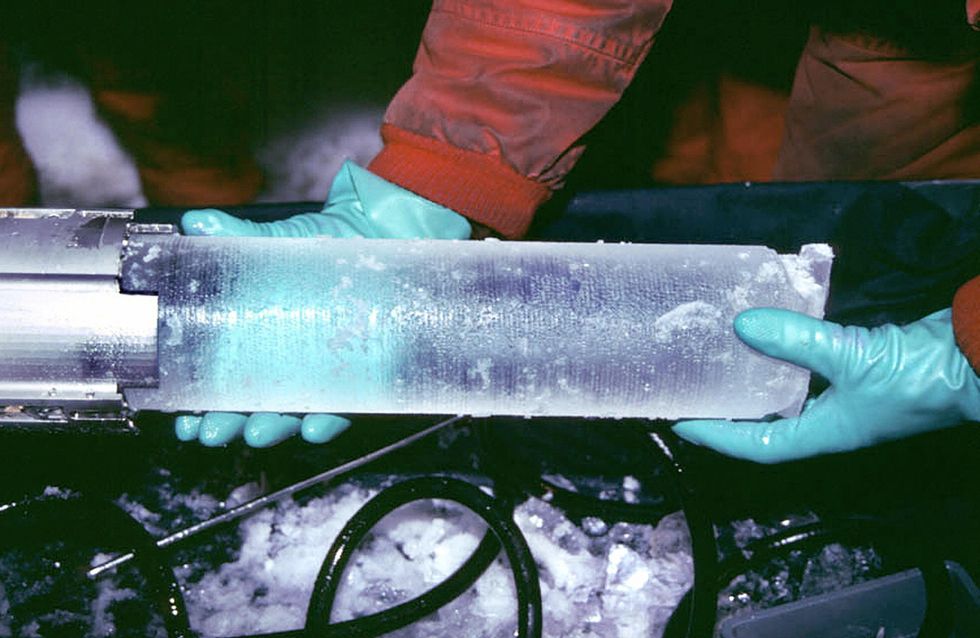 This photo shows a glaciologist removing a core of ice to study the chemical make-up of its body dating back to 1840, in Law Dome Camp, Antartica, 1993. The 2016 MIT study in question happened at a nano-scale – so it'll be a while (or never) before they c

Quick, what temperature does water boil or freeze at? You probably know this like the back of your hand, 100 and 0 degrees Celsius or 212 and 32 Fahrenheit. Well, now we can freeze water above the boiling point. If you feel like your head's about to explode with that image, don’t worry. We’ll explain.It is known to anybody who is familiar with the laws of pressure, or who has tried to cook in the mountains, that the boiling and freezing points of water change when the water is exposed to differing pressures. Normally this effect is small, and only has causes differences of a few degrees. Researchers at MIT found that if water is placed inside a tiny enough space, a space only slightly larger than the water molecules themselves, then the freezing point can be raised to above its boiling point. This is done by means of carbon nanotubes, small straw-shaped structures that are the workhorse of nanotech.

The team of researchers published their findings in the journal Nature Nanotechnology, and include Michael Strano, Kumar Agrawal, Steven Shimizu, Lee Drahushuk, and Daniel Kilcoyne among other partners and assistants. Dr. Strano is especially excited by the results, and remarks on how unexpected they are:“The effect is much greater than anyone had anticipated,” he says. The effects were also in an unexpected direction; the researchers had anticipated that the freezing point would go down.

But, what use could this possibly have, other than just being a curiosity? More than you might suppose. Because of the high freezing point, the technology could be used to make ice wires, taking advantage of the extremely high conductivity of water and the stability of the ice at room temperature. Dr. Strano mentioned that application specifically, “This gives us very stable water wires, at room temperature.”  Nanotechnology is a new field, with many possible applications, ranging from computers, to medicine of all kinds, and even to facial care.

There is still a great deal about this process that remains unknown. Chief among them is how the water even gets into the tubes; the researches set the water in place for this experiment, but carbon nanotubes are considered to be water repellent, and the entry of the water in the tubes is difficult to explain logistically. Dr. Strano also notes that the word “ice” is too precise to use to describe the water in the tubes. While it is solid, it may not have the crystalline structure of ice at the molecular level.

What brave new world do we live in, where water can freeze above 100 degrees? One where nanotech is king? Or is nanotech past its prime already? This discovery is new, and further research is needed, but what is certain is that exciting developments await.