If the universe is teeming with life, where is everybody? If this physicist is correct, they have one foot in their graves. 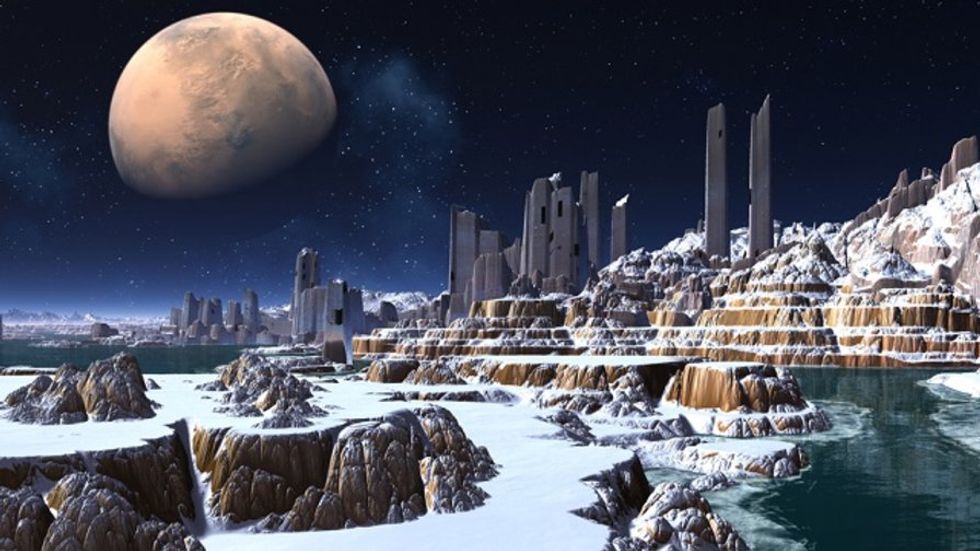 Will we ever find alien ruins? Or will we be the cause of them? (Credit: Shutterstock) Half of us think that aliens probably exist. Given the size, age, and strangeness of the universe it seems all but impossible for there not to be intelligent life somewhere out there. However, we have yet to find a single shred of evidence for an extraterrestrial intelligence. This discord between how the universe should be teeming with life and the lack of evidence for it is the core of the Fermi paradox.

Devised by physicist Enrico Fermi in 1950, dozens upon dozens of potential answers to it have been suggested in the subsequent decades. While many of them are reasonable, none of them have won universal acceptance. The question of where all the aliens are, or where they went, is still open.

Recently, another potential solution to the paradox was put forward by physicist Alexander Berezin of the National Research University of Electronic Technology in Moscow. While this proposal has similarities to others, namely the 'superpredator' solution, it has a simplicity that makes it appealing.

First in, last out

The 'first in, last out' solution proposes that “the first life that reaches interstellar travel capability necessarily eradicates all competition.” However, unlike similar solutions which posit a destructive race acting out of fear, innate aggression, or malice, Berezin suggests that the eradicating life form is acting out of ignorance.

A spacefaring civilization, in this scenario, would colonize a planet and destroy the native life there as an accidental side effect of their own expansion. They do this because “they simply won’t notice, the same way a construction crew demolishes an anthill to build real estate because they lack incentive to protect it,” says Berezin. How is this solution better than others?

It has a simplicity to it which requires fewer assumptions than other solutions; we do not have to presume that alien life will act in any manner other than that it will tend to expand across the planets it can reach.

Other solutions often speculate on alien motivations, reasoning, and access to resources in a way that make the hypothesis applicable in a smaller number of situations. This hypothesis does not have that problem. So, should we hide from the inevitable alien invasion?

Fear not! We could be the race that annihilates everything that stands in our way! Since we are here, we would have to apply this solution in such a way as to permit that situation. Berezin explains that this leads to one conclusion.

“Assuming the hypothesis above is correct, what does it mean for our future? The only explanation is the invocation of the anthropic principle. We are the first to arrive at the stage. And, most likely, will be the last to leave.”

If this hypothesis is correct and we are still alive, then one obvious conclusion is that we are going to be the species that wipes out all other life. This means not only will we be eternally lonely in the cosmos but would also be responsible for our isolation.

There's another reason to be unsettled by this hypothesis. Berezin does miss one other possible solution; it could also be the case that, despite the age of the cosmos, nobody else has developed interstellar travel yet. This scenario would also allow us to be alive and for the rest of the hypothesis to be correct.

The 'first in, last out' solution to the Fermi paradox is simple, plausible, and requires few assumptions. While this doesn’t make it accurate, theories that rely on fewer assumptions are often seen as good ones. Are we alone in the universe? Perhaps, but we will still look up to the stars and wonder if we are alone for some time; unless the neighbors decide to show up tomorrow.