The ‘Atlas Of The Underworld’ And The Ghosts Of Past Geography

An upcoming, massive “atlas of the underworld” will allow geologists to rewind geologic time. 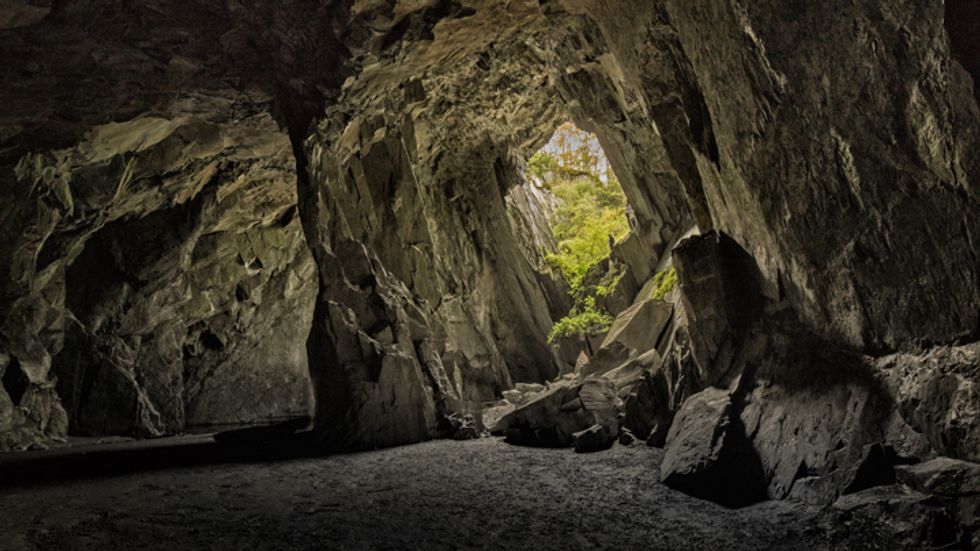 Doorway to the underworld (ALAN HOWE)

When two tectonic plates meet, they don’t meet cute. In fact, it’s a battle for supremacy, with one plate being subducted down under the other into the earth’s mantle. Inching downward they go, toward the earth’s molten core, 2,900 kilometers underground. The only thing left at the surface is the battle-scarred winner. “Every day, we’re losing geologic information from the face of the Earth,” according to Jonny Wu, a geologist at the University of Houston in Texas, speaking to Science. “It’s like losing pieces of broken glass as you’re trying to put it together again.”

This is, of course, a source of frustration for geologists trying to reconstruct the early history of the earth, and they’ve been increasingly looking to the earth’s mantle for answers. Using “mantle tomography,” they’ve been tracking earthquake waves as they travel through rock and using computer models to generate images similar to computerized tomography (CT) scans.

At first, the scans showed underground masses that looked like globs in a lava lamp. As the models have evolved, though, they’ve revealed what Science calls the “ghosts of past geography,” stiff, straight 500-kilometer-thick cold slabs. It’s already been an eye-opening enterprise: “Almost everywhere we’ve looked at this,” says John Suppe of the University of Houston, “What we find in the mantle isn’t exactly what would be predicted.”

Most interestingly, the tomography has shown that the slabs flex but don’t crumple, so it’s fairly easy to extrapolate backwards their paths to the surface, rewinding time and putting geologists on track to solving countless mysteries of ancient formations and current geologic features.

Now scientists Douwe van Hinsbergen, Douwe van der Meer, and Wim Spakman of Utrecht University in the Netherlands, are about to publish a catalog of 100 subducted plates. “Step by step we went deeper and deeper, older and older,” according to Van der Meer. The team describes their publication, due in December 2016, as the “atlas of the underworld.” Using their own tomographic model cross-checked with other models, it will describe each slab’s age, size, and related surface rock records.

“It’s a pretty exciting time to be able to pull all of these pieces together,” enthuses Mathew Domeier, who models tectonics at f the University of Oslo.

Even with this new atlas in hand, though, the science will continue to be refined, since mantle tomography sometimes produces questionable results, finding slabs that may not really be there. This is due to a few factors. The seismic data the models depend on is picked up through a scattershot collection of sensors that don’t cover every area, and gaps affect the integrity of the data since waves become less distinct when they’re picked up from far away. (This is also a factor as they travel away down closer to the core.) Also, not every area has earthquakes that generate waves, and scientists lack data from those locations.

An additional issue is that scientists use over 20 different models to analyze their data, sometimes leading to conflicting conclusions — one model may pinpoint a slab whose existence another model disputes. A postdoc at University of Oslo, Grace Shephard, intends to publish a report soon on the slabs that 14 models using the same data concluded are most likely to actually exist.

There’s one other thing even the atlas of the underworld can’t resolve: A slab doesn’t last forever. In about 250 million years it reaches the core, where it’s broken down for reuse. This means that the earth’s history from between 250 million years ago to its birth is likely to remain an unanswerable mystery.