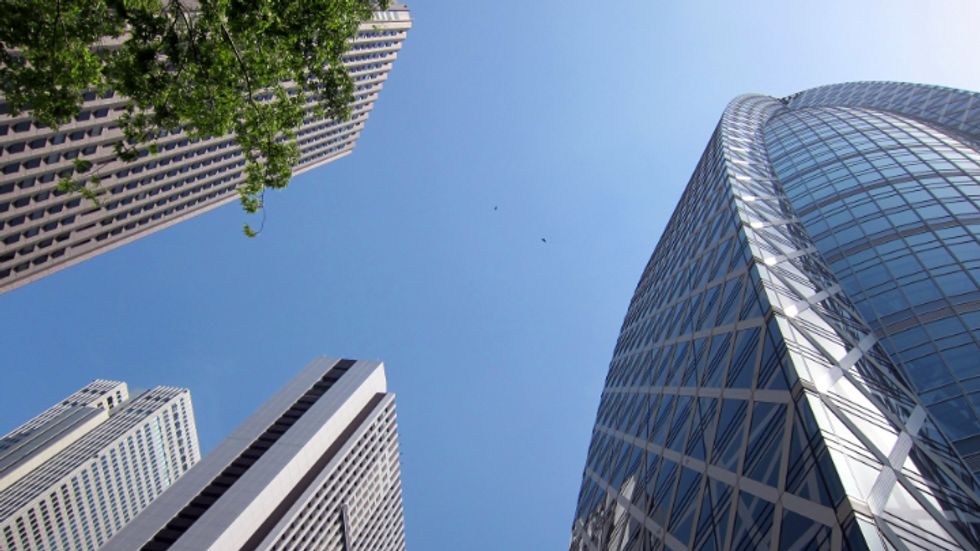 Some good news about climate change, for a change. Last year, CDP, formerly called the “Carbon Disclosure Project," took a look at how — and if — high-environment-impact businesses were responding to the 2016 Paris Climate agreement. The companies' initial actions were a bit disappointing, with many companies not responding or not having plans in motion for meeting the Paris accord's climate goals. Taking a second look this year, however, CDP found the picture is changing, as more companies are mapping out a low-carbon future. While some politicians continue to stubbornly ignore climate change, businesses are, nonetheless, getting down to work.

The CDP is a major source of company carbon emission data for more than 800 investors managing assets of over $100 trillion. It tracks corporations' environmental behavior, including their transparency, philosophies, and actions. The non-profit organization also measures companies' efforts to protect water and forests. Over 6,200 companies disclose environmental data to the CDP.

The first encouraging sign in this year's CDP findings is that 58% of the high-impact combines responded to CDP's requests for information. These companies frepresent the entire global economy, weighted towards higher carbon emitters and big companies. Together they account for 47% of market capitalization and 12% of total greenhouse gas emissions.

Even more positive is the number of companies now joining CDP's A List, 112 companies whose environmental leadership earns them CDP's highest score. Many are familiar names, such as Unilever, L'Oréal, Owens-Corning, Fujitsu, Nissan, and Ford.

According to information provided by CDP to Big Think:

Working to protect the climate is changing how these companies do business altogether. Again, numbers from CDP:

Some of the Companies Leading the Climate-Change Charge

Unilever (Scores A in carbon emissions, water use, and forest protection)

Unilever, the Dutch-British consumer goods company, has a multi-faceted approach to combatting climate change. It's committed to the 100% use of renewable energy across all of its operations by 2030. The company set a target of reducing per-production-tonne CO2 emissions by 40% of 2008 levels by 2020, and it's already reduced emissions by 43%. Unilever also endeavors to engage its customers in protecting the environment, with new products that, for example, reduce water or energy use. Unilever's complex supply chain depends on agricultural raw materials, and is therefore especially vulnerable to the effects of climate change, so its environmental efforts are in part motivated by a desire to future-proof its materials supply.

L'Oréal (Scores A in carbon emissions, water use, and forest protection)

French cosmetics company L'Oréal has committed to “zero deforestation" by 2020, and already sources 100% of its palm oil derivatives via Roundtable on Sustainable Palm Oil certification and helped develop Sustainable Palm Oil and Traceability (SPOT), a tool for evaluating the environmental and social performance of the company's products. The company also leverages the Global Forest Watch Tool to track deforestation risks down its supply chain — L'Oréal can trace back 91% of raw materials to the refinery level and 74% of raw materials to the palm oil-mills level. L'Oréal supports 500 small farmers in Sabah, Malaysia, as a source for certified sustainable palm oil. They're now working in Indonesia to gain access to an additional 30% of the palm oil derivatives they use.

Owens-Corning (Scores A in carbon emissions)

U.S. insulation, roofing, and fiberglass composites company Owens-Corning set itself a target to reduce greenhouse-gas intensity by 20% in 2020. To meet it, the company had to invent new blowing agent blends for use in manufacturing, resulting in less emissions intensity and more sustainable insulation products. They hit their 20% target six years early. The company has now upped that target to 50%. Owens-Corning has also implanted sweeping operational changes and is developing a residential builders' guide for building net-zero homes.

Fujitsu (Scores A in carbon emissions)

Information and communication technology (ICT) company Fujitsu has achieved its emissions target while simultaneously bringing to market more energy-efficient products — their goal is to achieve top energy efficiency in 50% of all new products they make. In May 2017, they launched their Climate and Energy Vision program to achieve zero carbon emissions by 2050.

Nissan (Scores A in water use)

Japanese carmaker Nissan was one of the first companies to consider and begin mitigating its environmental impact, setting a goal way back in 2006 of reducing CO2 emissions from “well-to-wheel" by 70% of 2000 levels by 2050. It has since increased that target to 90%, and is now the leader in mass-market electric vehicles.

Ford Motor Company (Scores A in water use)

U.S. car company Ford, has undertaken a range of programs to reduce its footprint. Its 2014 Partnership for a Cleaner Environment (PACE), inaugurated a system between Ford and its Tier 1 suppliers for reporting their water use and adopting water saving initiatives in multi-year phases. Suppliers are encouraged to learn from each other, establishing best practices, and implementing PACE across their own supplier networks.

The heartening word that companies are taking climate change seriously is reinforced by other entities, as well, says the CDP: The city of San Diego, for example, is taking an highly pro-active stance against climate change: It plans to halve its carbon footprint and convert to 100% renewables by 2035, and is already engaging with energy and technology partners to plan for this goal and make life better, and more sustainable, for its citizens. Says Cody Hooven, the city's chief sustainability officer,"“It's about the future of our city and building a city that people want to live in."

What CDP's 2017 A List report is suggesting is that we may be at the dawn of a new era regarding this overwhelming threat to our survival. Among scientists, the debate abut climate change is long over, and people — and corporations — everywhere are seeing that something must be done to slow down or reverse it. We may be getting there late, but, just maybe, we may finally be getting there.