A new study reveals the positive effect being vegetarian can have on the production of greenhouse gases. 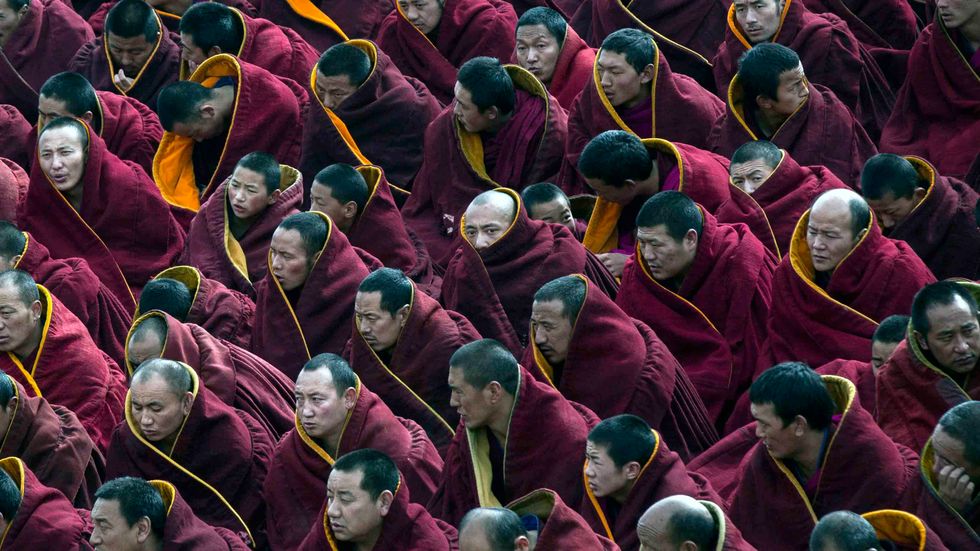 A newly released study shows that by eating a vegetarian diet, Buddhists in China annually prevent roughly 40 million tons of greenhouse gases from entering the atmosphere. That’s the equivalent of 9.2% of all the greenhouse gases produced each year by France.

As reported in Lion's Roar, the study, by Ampere A. Tzeng from Arizona State, was published in the Journal of Contemporary Buddhism. Called “Vegetarian Diets: A Quantitative Assessment,” it may provide further impetus for a trend that's already underway: More and more Buddhists are going vegetarian. In Tibetan Buddhism, a number of voices have spoken out in favor of eliminating animals from one's diet, including the head of the Kagyu school, and "the world's happiest man," Buddhist monk Matthieu Richard.

Not all Buddhists in China or anywhere else are vegetarian, and certainly vegetarians are in the minority among the Chinese, who are famously omnivorous. On a visit to Guangzhou, a local man told me that, “The Chinese will eat anything with legs other than a table, and anything that flies other than an airplane.”

The environmental costs of raising animals to eat — in particular, poultry, beef, and pork — are immense. The UN Food and Agriculture Organization reports that animal-food production adds 7.1 gigatons of carbon dioxide to the atmosphere per year — that’s 14.5% of all greenhouse gases produced by humans. The industry eats up 30% of the earth's land mass, including 80% of what used to be the Amazon rain forest. 70% of the grain grown in the U.S. is consumed by food animals, and runoff from factory farming has created 230 "dead zones" along the east coast of the U.S. Producing one pound of animal protein requires “12 times as much land, 13 times as much fossil fuels, and 15 times as much water as it does to produce one pound of soy protein,” according to Mercy for Animals.

Of course, there's a moral imperative here as well. At the core of Buddhism is compassion, and the manner in which food animals and dairy products are treated in factory farms is brutal.

While the Buddhists Delight dish served in American Chinese restaurants is an exercise in flavorlessness, there are Buddhist-run vegetarian restaurants throughout China and the rest of the world that serve the most amazing, varied, and delicious foods.

A delicious vegetarian meal in Wuhan. The second dish is tofu. (ROBBY BERMAN)

Soy-based foods like tofu may be an object of mockery in the U.S., but vegetarians and vegans know better: Tofu can be delicious in a range of dishes, as long as someone who knows how to prepare it is doing the cooking. And there are plenty of other non-animal sources of protein beyond soy.