What the new study on organic food tells us...about the difficulty of making informed judgments about risk. 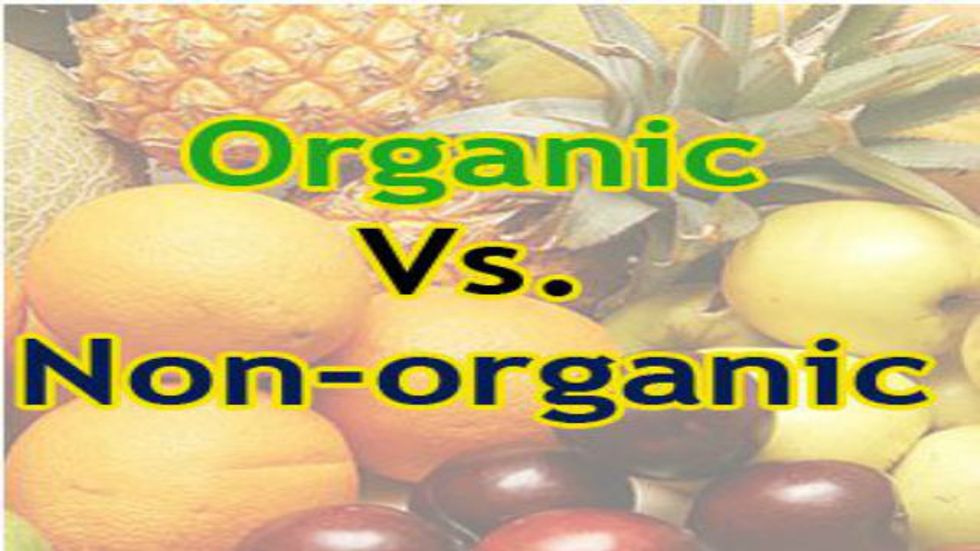 A study in the news last week perfectly captures why it’s getting harder and harder to figure out what’s risky. Maybe you heard about it…findings that suggest potential health benefits of organic food; Higher antioxidant and lower cadmium concentrations and lower incidence of pesticide residues in organically grown crops: a systematic literature review and meta-analyses

The study illustrates three reasons why it’s getting harder to make informed judgments about risk.

1. More and more, scientists are acting as advocates as they do their research and write up their findings, selectively asking the just the right questions, applying just the right methods, and emphasizing just the right information to support their opinions rather than provide us with an honest dispassionate assessment of the evidence.

The paper shows a clear bias toward organic food in many ways. The authors repeatedly emphasize the potentially healthy advantages of organic crops. But if you read it closely, down on page 7 you will discover that the higher concentrations of antioxidants are found mostly in fruits, not vegetables, which, last I checked, were “crops” too. If you want to know which celery or cucumber or kale might be healthier, that‘s kind of a big detail to bury, don’t you think?

The paper claims that its advanced methods in reviewing 343 other studies provide a more accurate answer than other meta analyses of this question, most of which found no health benefits for organic v. conventional crops. But you have to read the paper closely to discover that its finding about the ‘lower incidence of pesticide residues’ on organic crops, one of the central findings the paper emphasizes, is based on only 11 of those 343 papers, 3% of the research they reviewed. Hardly the kind of robust evidence the paper claims it provides.

The paper emphasizes alarms about pesticide residues being more common on conventional than organic crops, but buries the fact that the actual levels of pesticides found on crops – the actual doses which we are consuming - are almost always  “considered by regulators not to pose risk to consumers or the environment, as they are significantly lower than concentrations for which negative health or environmental impacts can be detected.” That critical fact is pretty important for anybody trying to figure out what risks their food might pose. But it diminishes a pro-organic spin, and it’s buried on page 12.

The authors even admit that despite general evidence that antioxidants may be good for us, “there is still a lack of knowledge about the potential human health impacts of increasing antioxidant/(poly)phenolic intake levels and switching to organic food consumption”. Science doesn’t know how much of the antioxidants in what we eat become ‘bioavailable’ to our system, what levels are optimal, even whether there might be levels of antioxidants that are dangerously high. That qualifier also takes some of the shine off the suggestion that organic food might be healthier, but it's pretty important, don’t you think? It’s buried on page 11.

2. Risk assessment is also getting harder these days because our brain uses a subconscious instinct-over-intellect risk perception system that relies on feelings more than facts, only the issues we face are more and more complex and need more careful analysis, not less. But even as we need more information, the modern news media shorten and simplify as never before, making mistakes and leaving out a lot of what we need to put things in perspective.

Consider the way many news media outlets reported the study;

--- Bloomberg/Businessweek said Organic Veggies Are Better for You: New Research Sides With Foodies That’s wrong. Remember what the study itself said, that the differences were mostly found in fruits but NOT ‘veggies’?

--- The Los Angeles Times reported that Organic foods are more nutritious, according to a review of 343 studies. Another oversimplified headline that's wrong. The story itself makes the same mistake, reporting that the study found that organic foods are ‘more healthful’. Nope.

--- And then there were the many versions like the one on Big Think, New Study finds Nutritional Benefit to Eating Organic Food, just two paragraphs (with a link to a Nature article with more) that also incorrectly overstates the health claim. That kind of short simplification is what a lot of the online news media now offer, eager to attract our clicks by not offending our short attention spans. So that’s all that most people, who with our lazy brains rarely click to find out more, end up knowing.

To be sure there was solid risk reporting too, from journalists I recommend you rely on for thoughtful coverage of risk stories;

-- Brad Plumer at Vox  Is Organic food healthier? Many scientists are still skeptical

Chang, Plumer, and Johnson all made clear that this study does NOT say organic food is healthier for you…though it seems to. Chang challenged the senior author of the study about this, and Professor Carol Leifert backed off the suggestion that his paper clearly and repeatedly makes, that organic food is potentially healthier;

“We are not making health claims based on this study, because we can’t,” Leifert said. The study, which was based on the findings of other research projects, lacked enough evidence “to say organic food is definitely healthier for you, and it doesn’t tell you anything about how much of a health impact switching to organic food could have.” (Read the study itself and you sure get that impression.)

3. And it’s getting harder to intelligently assess risk when in an internet and social media age which provides unprecedented opportunity for anybody to reach the whole world with facts so obviously distorted and spun by advocacy that we ought to ignore them, except the nature of human cognition being what it is, the internet feeds our lazy brain’s preference for AFFIRMATION more than information.

--- OneGreenPlanet.org – guess where they’re coming from – reported,with an exclamation point, New Study Confirms Organic Food is More Nutritious!, noting (with an exclamation point) that the study offers the "most compelling and comprehensive evidence that organic crops are more nutritious than their conventional counterparts." (PLeasing news to fans of organic food, but wrong.)

--- Agroprofessional.com – guess where they’re coming from – reported Study claiming organic food more nutritious 'deeply flawed', noting that the research was"...an organic industry funded study” supported by a foundation that favors organic farming. Ad hominem attacks are a common tactic of advocates who, when they don’t like inconvenient evidence they can't attack directly, try to undermine the message by questioning the motives and trustworthiness of the messenger.

These hurdles to informed risk assessment are making the world a riskier place. Getting risk wrong –worrying too much or too little, creates a Risk Perception Gap between our feelings and the facts, and those misperceptions can lead to all sorts of dangerous choices and behaviors all by themselves.

This organic food study reveals a far more important insight than the level of antioxidants in your organic apples and oranges.