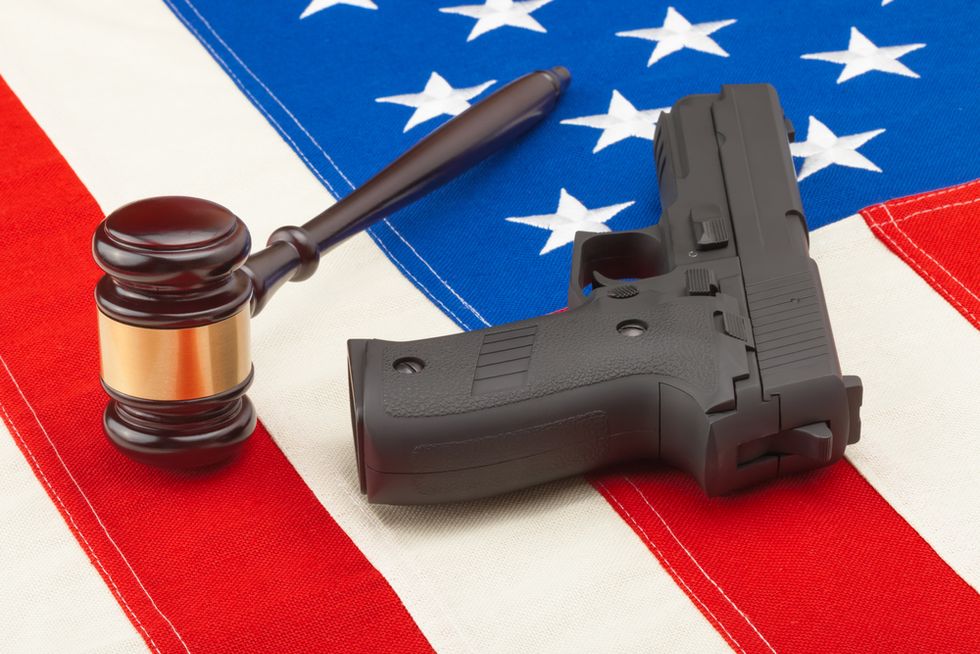 Have you read the 2008 Supreme Court decision that gives all Americans the right to own guns? Probably not. I hadn’t, until the other day, when I was stunned to find that the decision is hardly the blanket protection for gun ownership that the National Rifle Association and adamant gun rights people claim. Nor is it the sweeping defeat that those who want gun control lament. Reading it, in fact, offers some real hope that a reasonable middle ground may be possible as America gropes in these polarized times for a solution to gun violence that protects the rights of gun owners and public safety.

There is no question that District of Columbia v. Heller was precisely the sort of judicial activism the conservative justices of the Supreme Court promised not to do. In a 5 to 4 decision those justices ruled that the Second Amendment gives Americans the right to own guns for personal self-defense, despite the amendment’s opening language - “A well regulated militia being necessary to the security of a free state, ” -  which pretty clearly says that gun ownership was specifically preserved by the founding fathers in the interest of the common defense against a tyrannical government (remember, this was the issue on their minds back then). Gun rights advocates cheered. Gun control advocates cried foul.

But even though the 5-4 majority ruling makes an intellectual end run around the language of the Second Amendment to get to their ruling, they very clearly state that society (government, convened to collectively protect us from what we can’t protect ourselves from as individuals) has the right to, and legitimate interest in controlling gun ownership, in several specific ways.

On pp. 54 and 55, the majority opinion, written by conservative bastion Justice Antonin Scalia, states:  “Like most rights, the right secured by the Second Amendment is not unlimited…”. It is “…not a right to keep and carry any weapon whatsoever in any manner whatsoever and for whatever purpose.”

“Nothing in our opinion should be taken to cast doubt on longstanding prohibitions on the possession of firearms by felons and the mentally ill, or laws forbidding the carrying of firearms in sensitive places such as schools and government buildings, or laws imposing conditions and qualifications on the commercial sale of arms.”

“We also recognize another important limitation on the right to keep and carry arms. Miller (an earlier case) said, as we have explained, that the sorts of weapons protected were those “in common use at the time”. We think that limitation is fairly supported by the historical tradition of prohibiting the carrying of ‘dangerous and unusual weapons.’ ”

The court even recognizes a long-standing judicial precedent “…to consider… prohibitions on carrying concealed weapons.”

That language refers to many of the gun control ideas being discussed now. Prohibitions on carrying ‘dangerous and unusual weapons’ certainly might apply to assault rifles. Ammunition clips that hold 100 bullets…30…even 10, are hardly ‘usual’, certainly not for self-defense, or hunting.

“…laws forbidding the carrying of firearms in sensitive places such as schools and government buildings.” That certainly seems to challenge the NRA’s idea that more guns in schools is a good idea.

And perhaps most striking, the majority ruling in Heller specifically leaves open the question of whether the public has a right to carry “concealed weapons”, a bedrock claim of gun rights advocates.

Despite these critical qualifications, gun rights advocates say they are protected by the 2008 Supreme Court ruling, yet selectively ignore the many ways the court allows for some forms of gun control. And despite the way the court enshrines gun ownership as a personal right, gun control advocates criticize the ruling, yet selectively fail to acknowledge or try to take political advantage of the ways it gives them the legal ammunition to accomplish much of what they want. Why is that?

First, of course, because few of us have read the ruling. We take our news in bits and bites from the media, and rarely dig any further. (I hadn’t read the ruling until just the other day.) In fact, many of us don’t really read or watch or listen to the news at all. We get our information from advocates, or friends, or social connections, sources who generally share and thus only reinforce our ideologies and basic values.

Those values are what the fight over gun control is really about, of course. It’s not about weapons or self defense or even the specific right to own a firearm. It is a surrogate for the battle being waged in the United States over the basic way society should be organized and operate. The most adamant most closed-minded gun rights advocates want guns less to protect themselves against physical danger and more to fight back against the threat of a society they feel is taking away their ability to control their own lives. You can hear that message laced through the recent Alex Jones interview by Piers Morgan.

As I wrote just after the Newtown shooting,

“People with these concerns have been identified by research into the Theory of Cultural Cognition as Individualists, people who prefer a society that grants the individual more freedom and independence and leaves them more personally in control of their individual choices and values. Contrast that with the sort of society preferred by Communitarians, who feel most comfortable, and safest, in a ‘We’re all in it together’ world of shared control and communal power, a society that that sacrifices some individual freedoms in the name of the greater common good. These deeply conflicting worldviews drive the central conflict in the fight over gun control.”

Those deep underlying tribal affiliations are important to us social animals, since we depend on our tribes for our health and safety. Being a member of the tribe in good standing feels safe. Disagreeing with the tribe risks social rejection, which feels scary. So when a Supreme Court ruling supports an Individualist sort of society, Individualists celebrate, and selectively reject or ignore how the ruling also supports Communitarian goals. Communitarian gun control people do the same sort of selective perception, criticizing the ruling because it threatens their sort of society, and failing to acknowledging the parts that support them, because doing so would weaken their attack on the ruling's support of Individualist goals.

There is actually a ray of hope in all this. There’s legal support in the Heller ruling for both sides. More than that, the ruling protects some of the underlying tribal imperatives of both Individualists and Communitarians. That allows each tribe to give some ground but maintain the vital self-identities that truly motivate this conflict. If more people were aware of the details of Heller, the ruling may provide grounds for some compromise in this battle, and undermine the credibility and impact of the people at the extremes (mostly the virulently closed-minded ‘take no prisoners’ gun rights folks, I have to say) who think their values matter more than playing by America’s basic rules.

So may I humbly ask that you do society a small favor? No matter what side you’re on, if you care about the gun violence issue, please send this blog around to anyone else you know who cares. Send it to your government representatives. By doing so, perhaps we can all see if this ray of hope for some compromise on gun violence, which more and more Americans want in the wake of the slaughter of those kids in Newtown, is more than just one person’s naïve optimism that we can still find ways, on even the most contentious issues, to work together.