Optimism Bias – “Things will work out okay” or “things will work out better for me than the next guy” or, simply, “It won’t happen to ME!” – is one the mental games we play in order to do the things we want to do even when those choices come with costs or danger. 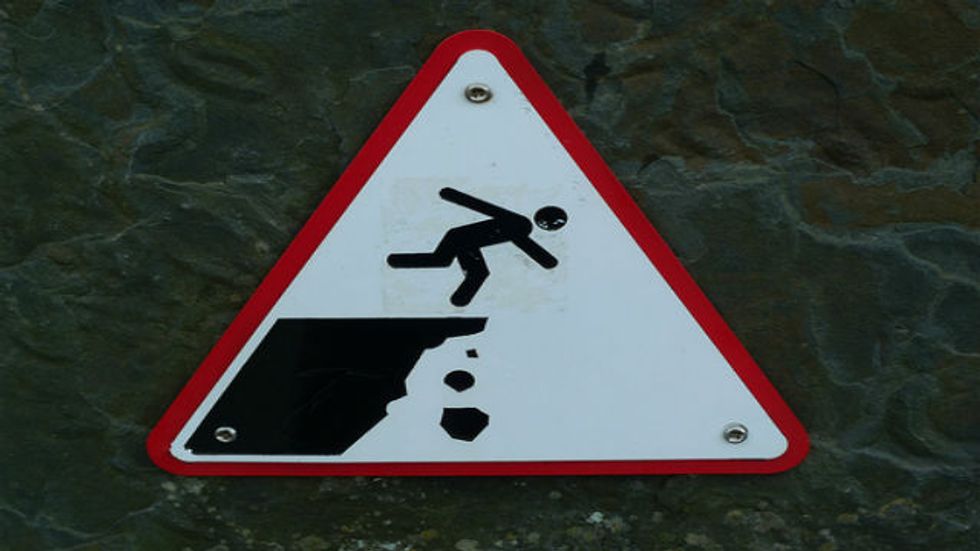 Let’s say you are told that somewhere ahead, in the direction you are walking, is a cliff. If you keep walking, you will get there fairly soon. Scared? Probably not. After all, you know you can stop before you get too close to the edge.

Let’s say you are also told that when you get to the cliff, if you have the courage to look down, you will see a terrifying fall of 1,000 feet. Scared now? Maybe, but still, probably not too much. The broad firm path you are traveling stretches to the horizon, and the idea of that fatal fall is abstract, not real.

Welcome to Optimism Bias, one of the many subjective components of risk perception that often get us into serious trouble. Optimism Bias – “Things will work out okay” or “things will work out better for me than the next guy” or, simply, “It won’t happen to ME!” – is one the mental games we play in order to do the things we want to do even when those choices come with costs or danger. Optimism Bias is what lets us drive when we’ve had too much to drink, bask in carcinogenic solar radiation to develop ‘that nice HEALTHY tan’, or pig out on another huge fatty meal when we already weigh far too much. “It won’t happen to ME!”, we tell ourselves.

And it is Optimism Bias that has brought the United States to the edge of the ‘fiscal cliff’ of tax increases and spending cuts scheduled to take effect at the turn of the year that could throw the U.S. economy into recession. (Indeed, governments around the world face similar predicaments for the same basic reason.) Optimism Bias has allowed us to continue spending on all the things we want, but can’t completely afford, by playing down the risks of overspending in our minds with the deceit that “Things will work out okay.”

Other components of risk perception psychology enter in along the way. We tell ourselves we have control…over the car when we drive drunk (“I’m a good driver”), over the risk of skin cancer (“I’ll wear SPF 9,000”), over our weight (“I can start dieting and exercising…soon.) We pretend we can apply some reasonable prudence to our spending, whether it’s personal or governmental…when we need to. That reassuring feeling of control – false in all cases – allows us to be unduly Optimistic and go blithely on believing things will work out okay…even as the risk increases.

Fortunately, the psychology of risk perception is dynamic. How scary things feel can shift over time, depending on circumstances. If something makes the loss start to feel more real – a near miss for a drunken driver, a treatable case of basal cell skin cancer for the sun worshipper, a minor heart attack for someone who is overweight, the ‘fiscal cliff’ for the United States government - Optimism Bias fades and another subjective facet of risk perception takes over. Loss Aversion. When the evidence of the danger gets strong enough and it feels like health and safety are really on the line, Optimism Bias and a sense of control give way to the powerful imperative of self-protection. The RISK side in the ‘Risk versus Benefit’ equation starts to carry more emotional weight, and we finally start taking the evidence of danger – the prospect of Loss - more seriously.

We are witnessing just this psychological risk perception shift in the United States at the moment. The end-of-the-year deadline that would trigger dramatic tax increases and budget cuts, imposed by The Budget Control Act of 2011 in a deal between the President and Congress that allowed our leaders to avoid these hard decisions a year and a half ago, has put the cliff in sight, just as it was designed to do. It was intended to make the evidence of harm real, and imminent, to deny us the blinders of Optimism Bias that have allowed business-as-usual, and shift us into Loss Aversion, the more worried state that makes us readier to act.

The deadline was also designed to force the warring political camps to compromise, to make the threat to the U.S. economy so serious that ideological purity would have to give way to the greater common good. That is what both sides acknowledged when the ‘fiscal cliff’ first hit the public’s radar screen just after the election. Liberals say they are ready to make billions in spending cuts and changes to entitlement programs, and conservatives are willing to leave Grover Nordquist’s absolutist ‘no new taxes of any kind ever’ pledge in the dust and accept the need for revenue increases. The political posturing of the last few days notwithstanding, Loss Aversion has kept everyone clear-eyed about the imminent danger and more in a mood to find solutions and compromise than when the cliff was further down the road, still far off enough to ignore.

Too bad we aren’t more dispassionately rational about risk and able to make the wisest, safest, most informed and intelligent choices about health and safety all the time. Optimism Bias leads us do all sorts of dumb and risky things, or to wait so long to take a threat seriously that by the time we decide to act our options are limited and solving the problem imposes painfully serious consequences of its own, as will be the case with solving the fiscal crises facing so many governments, and as surely will be the case with climate change.

This all makes the ‘fiscal cliff’ crisis just one more great teaching moment about how human risk perception really works, and about the need to understand the flaws in a system we rely on to keep us safe that combines intellect and instinct, reason and gut reaction, facts and feelings, in ways that don’t always keep us  as safe as we’d like to be.