Immortality IS NOT a Human Possibility 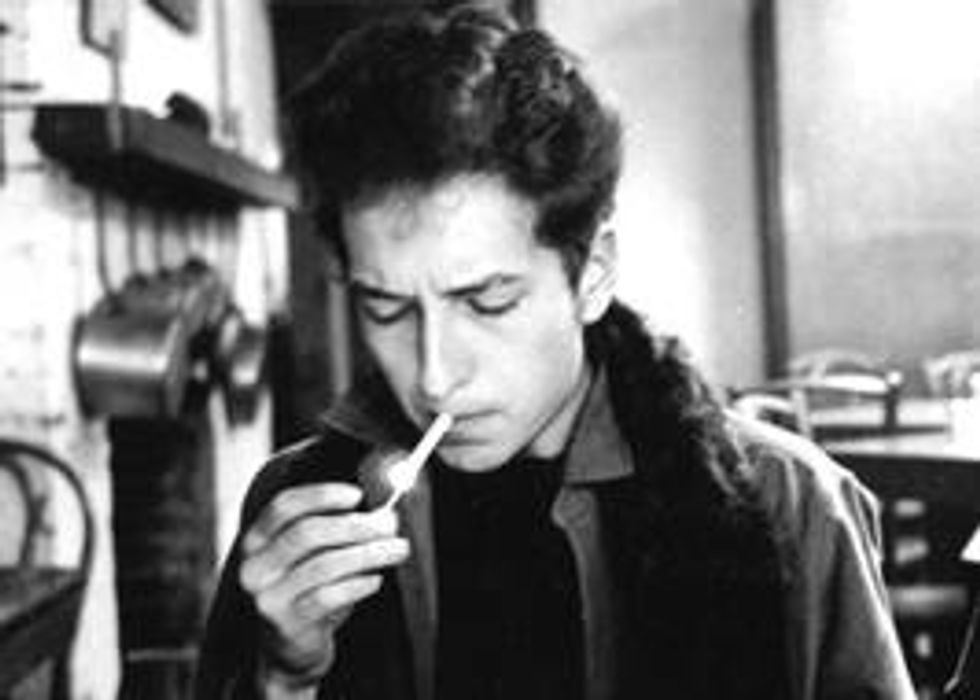 So BIG THINK published a sensible little essay by the distinguished public intellectual John Gray.  He says don't think about immortality as something you can achieve through your own efforts.  Don't think that by prudently avoiding all the risk factors and gulping down lots of supplements you can stay alive until the SINGULARITY gets here and you become some kind of conscious robot.

If you check out the thread, you might be amazed by how angry Gray made our readers.

Gray doesn't say be as reckless as the smoking bohemian Dylan pictured above this blog.  Being a little reckless, though, might be one secret to happiness.  If you can't smoke that cigarette, then you might at least supersize that soda once in a while.  Take a weekend off from "calculating probabilities."

The truth is that you can't eliminate all change or contingency from your "environment."  Bad things happen to the most effective of control freaks.  Society as a whole could implode the day before the Singularity through a techno-breakdown or a Chinese cyber attack or a rogue Asteroid or whatever.  Kurzweil might be taken out by a bullet meant for another or even from his enraged mistress.  Or he could be accidentally poisoned by a bad batch of pills.

There is an obvious paradox that all sophisticated people these days experience:  The more control you have, the more you experience yourself as contingent.  The more you are aware of how much of your environment you don't control.

People may feel themselves more alone, more like cosmic accidents, than ever.  That why the courageous anti-communist writer Solzhenitsyn heard just beneath the surface of the West's happy-talk pragmatism the howl of existentialism.

And of course "we modern atheists," who find it between tough and impossible to experience ourselves as deeply relational beings or as parts of wholes greater than ourselves, tend to believe that MY personal extinction is the end of being itself.

Immortality is a quality the Greeks attributed to the gods—beings who are deathless, who can't die.  Their immortality gives them all kinds of personal "issues."  But one of those issues emphatically isn't obsessive survivalism.  The gods, in fact, are often bored because they don't have to struggle to survive or give meaning to their mortality.  Because they can't count their days, they have a very hard time making their days count for something. If you want to see what it's like to not be able to die, watch Groundhog Day.  That movie, like the poetic Greek portrayals of the gods, doesn't describe a predicament any real human being will ever face.  It's point is to make us grateful for being able to count our days and make our days count.

The truth is, of course, that immortality could only be possible through our own efforts if we banished all chance from the cosmos, if we brought all of being under our control.  That ain't going to happen.  So all we can really hope for is indefinite longevity, an existence where death seems more terrible precisely because it seems less necessary and more accidental.  Ennobling virtues such as courage are virtually impossible to practice if we don't think of death as necessary.

To tell a lame joke, I'm perfectly willing to admit that the older I get, the more I'm all for indefinite longevity.  But I also know that happiness depends on some acceptance of our invincible mortality, on accepting what should be truthful intellectual and moral limits on our impulse to control, our techno-impulse.