Are Supreme Court Justices Too Privileged to Understand Average Americans? 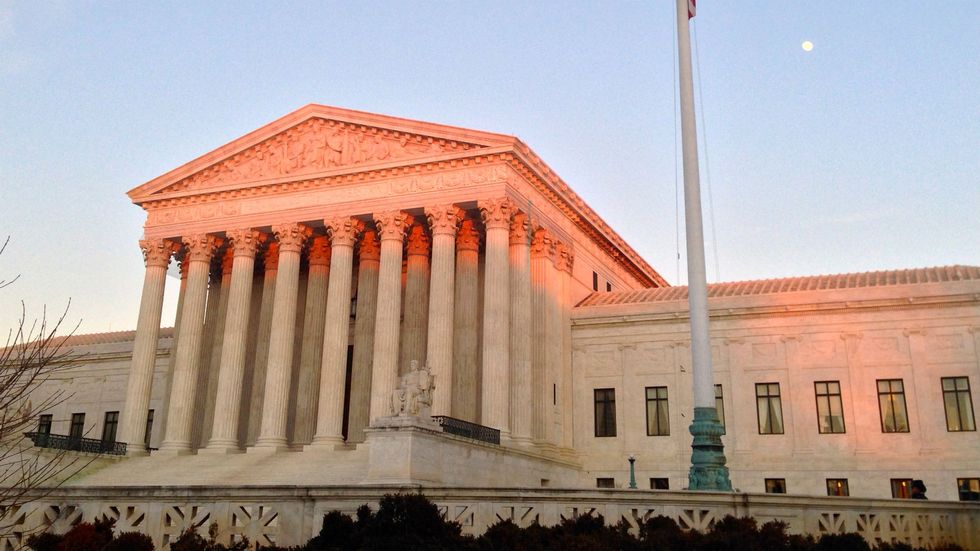 Last month at The New Republic, before that venerable American periodical sadly imploded, Slate’s Dahlia Lithwick wrote an article lamenting that the Supreme Court is increasingly a bastion of elite homogeneity. She wasn’t talking about race or gender: the Court now has three women on the bench (Ruth Bader Ginsburg, Elena Kagan and Sonia Sotomayor), one African American justice (Clarence Thomas) and one Hispanic justice (Sotomayor again). Lithwick’s beef was with the lack of other kinds of diversity on the nation’s highest court:

All nine sitting justices attended either Yale or Harvard law schools...Eight once sat on a federal appellate court; five have done stints as full-time law school professors. There is not a single justice “from the heartland,” as Clarence Thomas has complained. There are no war veterans (like John Paul Stevens), former Cabinet officials (like Robert Jackson), or capital defense attorneys. The Supreme Court that decided Brown v. Board of Education had five members who had served in elected office. The Roberts Court has none. What we have instead are nine perfect judicial thoroughbreds who have spent their entire adulthoods on the same lofty, narrow trajectory.

Writing at The Economist a few days later, I replied to Lithwick’s critique by identifying several recent cases in which certain justices have drawn upon their personal experiences to get inside the shoes of Americans facing particular challenges. These jurists summoned a degree of empathy in preparing deeply considered opinions: Justice Thomas and Justice Sotomayor on affirmative action, Justice Breyer on race in education, Justice Ginsburg on women in the workplace. My post focused on two markers—justices’ race and religion—but did not consider what may be an even more salient feature of their identity for cases involving workers and their employers: socio-economic class.

With their sterling legal credentials and cloistered path to the bench, none of the justices have had much of a chance to live the life of an average American worker. Justice Sotomayor and Justice Thomas both had tough upbringings, but their professional careers have not veered into blue collar territory. None of the justices have spent time working in factories or warehouses or toiling in low-paying jobs.

Ideally, this lack of experience should not matter much. Justices are supposed to give all parties before the Court a fair shake by interpreting the laws and the Constitution with objectivity and without bias. “Equal Justice Under the Law” is engraved right into the Supreme Court building. But one of the first decisions to come from the Court this year, a 9-0 ruling in Integrity Staffing Solutions Inc. v. Busk, seems to turn a blind eye to the reality of the working lives of hundreds of thousands of Americans.

The issue in Busk is simple. In order to catch and deter theft, warehouse workers at a temp agency contracting with Amazon.com were required to submit to searches at the end of every workday. The searches took up to 25 minutes, but workers were asked to punch out before standing in the security line. This means they were asked to spend up to 2½ hours a week at work but off the clock. And we are talking about a lot of people. As Adam Liptak of the New York Times reports, “there have been 13 class-action lawsuits against Amazon and other companies involving more than 400,000 plaintiffs and seeking hundreds of millions of dollars.”

Justice Thomas’s decision for a unanimous Court took a clinical approach. The relevant law, the 1947 Portal-to-Portal Act, says that employers do not have to pay workers for anything they do before or after the actual workday. According to a decision from 1956, this means that employers are responsible for compensating only tasks that are “integral and indispensable” parts of “the principal activities for which covered workmen are employed.” Since the essence of a merchandise picker's job is taking items off of shelves, not being searched, there is no legal obligation for employers to compensate workers for end-of-day searches.

The logic is impeccable, the syllogism sound, until you take a closer look. As Noah Feldman writes at Bloomberg View, “The trouble lies in the logic of defining ‘principal activity’ as though it were some abstract philosophical question about the essence of the warehouse employees’ job.”

Feldman burnishes this point with two examples. Justice Thomas tried to distinguish the Amazon warehouse from a chemical plant, where workers are paid for the time spent donning protective gear before starting work, and from a meatpacking plant, where workers are on the clock while sharpening their knives before beginning butchering. But, as Feldman explains, “[y]ou don’t work at the chemical plant in order to wear protective gear—it’s just necessary if you want to do the job safely.” And “[y]ou can cut meat with a dull knife—but it reduces employer’s profits if you do. An activity included in the job as part of the employer’s profit motive should count as a principal activity.”

The Court’s liberal justices, who show empathy with disadvantaged Americans in other contexts and on other occasions, had little compassion for the Amazon product-pickers. Anyone who has witnessed an oral argument or read through a judicial opinion knows how hard the justices work. (Justice Ginsburg, at 81, apparently pulled an all-nighter earlier this fall, and it wasn’t her first.) Still, the justices get a three-month summer holiday and, when Court is in session, have official responsibilities only 12 days a month—on their busiest month. And it’s safe to say that none of them have had to spend up to 10 hours a month emptying their pockets and walking through security screenings at work. If any of the justices had such an experience under their belt, maybe some would have seen this case differently.