The announcement was unexpected, and activists are hoping it marks the beginning of the end for something that should never have begun in the first place. On Thursday, Deputy Attorney General Sally Yates of the Justice Department announced a new direction for the federal Bureau of Prisons (BOP). From here on, the department will no longer contract with private prison operators to run BOP prisons and will allow current contracts to expire without being renewed. The department’s goal is “reducing — and ultimately ending — our use of privately operated prisons.” It’s expected to take about five years to complete the transition. 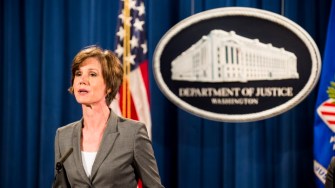 David Fathi of the ACLU National Prison Project told The Washington Post, “This is a huge deal. It is historic and groundbreaking. For the last 35 years, the use of private prisons in this country has crept ever upward, and this is a startling and major reversal of that trend, and one that we hope will be followed by others.”

That change would spell the end of one of a series of initiatives to turn over government operation to private companies — this has also happened with public schools — with less-than stellar outcomes. Private operation of prisons is morally troubling as well.

First, it puts the housing and rehabilitation of prisoners in the hands of an entity whose primary concern is neither of those goals, but making a profit. And it may also be part of the reason the U.S. has over two million prisoners in federal, state, and local jails, more than any other country on earth. The private prison operation industry may have initially been about managing this huge population, but it may now be prolonging the problem — without lots of jails and prisoners, there’s no need for these companies. Their stock-market prices plunged immediately upon the Justice Department’s announcement.

Justice’s decision comes on the heels of a department report which found, among other issues, that “in a majority of the categories we examined, contract prisons incurred more safety and security incidents per capita than comparable BOP institutions.” Mother Jones also recently ran a harrowing account of a privately run prison in Louisiana.

The Deputy Attorney General’s directive is just a start, really, since it only pertains to the 13 jails is BOP system, and not to those run by either the federal Immigration and Customs Enforcement and U.S. Marshals Service (approximately 190,000 inmates), or to the state and local institutions that house roughly 1.3 million prisoners. As such, it only stands to affect the lives of about 22,000 detainees. 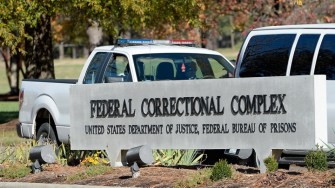 Still, the Department of Justice tends to set the example for all U.S prison systems, and their change in direction has activists celebrating. Alex Friedmann, of the with the Human Rights Defense Center tells Fusion, “This is by far the most devastating thing that’s happened to the private prison industry,” and Waging NonViolence says it “marks a major movement victory.”

Ask Ethan: How Small Can A Piece Of The Universe Be And Still Expand?

The stars, galaxies and clusters shown here are individually bound together, but do not expand as the Universe does. Image credit: NASA/ESA Hubble Space Telescope.Galaxy-sized? Human-sized? Atom-sized? Even smaller? How […]