While the effects of marijuana use on fully grown adults is still being debated, the impact on teens is becoming clearer. For decades, researchers have been trying to discover if marijuana use has any negative effects on adolescents. This is important because the teen years are when people usually start to experiment with it. One in three high school students use the drug, a recent survey found. 35% of 12th graders ingested cannabis within the past year, while 6% said they use pot daily or nearly so.

Previous research found that chronic use might act as a catalyst for a schizophrenic episode, for those barreling towards one. It can also interfere with brain development in the young. Several studies have found that chronic use from age 16 or before, can alter the development of the prefrontal cortex. This area grows rapidly during adolescence and doesn’t fully mature until one is in their mid-20s.

The prefrontal cortex is responsible for complex reasoning, decision making, social information processing, and judgment. Unfortunately, the team in that study didn’t prove a causal relationship, merely a strong correlation. Although evidence is piling up, there really isn’t an ethical way to perform clinical trials that would provide clear causality. 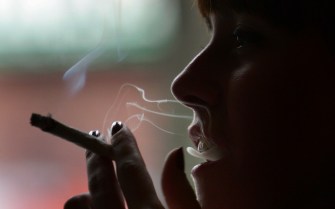 It’s believed that use of marijuana before age 16 can impact the development of the prefrontal cortex. Credit: Getty Images.

Links between teen marijuana use and schizophrenia, mood disorders, and learning deficits have been investigated in depth. However, a link between bipolar disorder and teen use has received little attention, until now. Once known as manic depression, bipolar is when a person alternates between phases of mania and depression. In this study, researchers found that teens who used marijuana consistently, considered two to three times per week, were far more likely to experience hypomania or bipolar symptoms later in life.

Researchers from the University of Warwick in the UK conducted the study. They were led by Dr. Steven Marwaha, a clinical psychologist there. He and his team’s findings were published in journal Schizophrenia Bulletin. Researchers specifically zeroed in on hypomania. This is on the manic side of bipolar which includes symptoms such as a lack of sleep, hyperactivity, and feelings of elation or excitement. Such mania can put a serious damper on one’s life.

Dr. Marwaha and colleagues examined the data of 3,370 participants, who were all part of the Avon Longitudinal Study of Parents and Children (ALSPAC). This birth cohort study follows 14,701 children born between April 1, 1991 and December 31, 1992. At age 17, each participant was asked about their marijuana use. Nearly 5% of boys and almost 2% of girls reported such use. While at ages 22-23, each received the Hypomania Checklist Questionnaire (HCL-32). This was a 32 question self-reported assessment evaluating participants on hypomanic behavior. 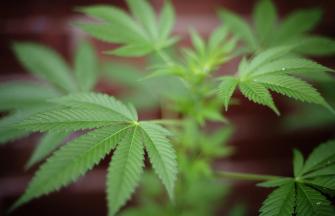 Until we find an ethical way to study how marijuana effects the teen brain, all of our knowledge on the subject will continue to be correlative rather than causal. Credit: Getty Images.

From the total pool, researchers identified 3,370 ALSPAC participants who showed symptoms of hypomania. Those who reported using marijuana 2-3 times per week at age 17 or before, were far more likely to report hypomania symptoms at 22-23. Any use in the teen years increased risk, and the higher the usage the greater the risk. Marwaha and colleagues adjusted for things like gender, abuse, adversity while young, alcohol and other drug use, and mental health issues such as anxiety or depression by age 18.

Men were more likely to show signs of hypomania, as they were more likely to have used marijuana. Another finding, physical or sexual abuse in childhood was indirectly linked with increased cannabis use and hypomania symptoms. Some experts hypothesize that cannabis may be used to help soothe emotional pain related to trauma, which left undealt with, may lead to a bipolar diagnosis later in life.

Dr. Marwaha said, “Adolescent cannabis use may be an independent risk factor for future hypomania, and the nature of the association suggests a potential causal link. As such it might be a useful target for indicated prevention of hypomania.” The study did have limitations. For instance, in some cases, hypomania symptoms preceded cannabis use. Future research will either confirm or deny these results.

The good news is, teen marijuana use and in fact all drug use has seen a downward trend, even as marijuana stigmatization and illegality has soften across the US. A National Institute of Drug Abuse (NIDA) survey last year, found that marijuana use among 8th and 10th graders continued to drop. It’s now at its lowest point in 20 years. While use among 12th graders, it’s remained flat for the past five.

So what does marijuana do to an adult’s brain? Find out here:

Related
Thinking
Finding your essential self: the ancient philosophy of Zhuangzi explained
Adopting a healthy scepticism towards inherited ideas means “emptying the container of the Self.”
The Future
Startup’s bladeless flying car is designed to reach Mach 0.8
One of Jetoptera’s VTOLs is expected to reach speeds of around 614 mph, about as fast as a commercial jet airliner.
Health
New blood types are often discovered following medical disasters
New blood types are regularly discovered by an unusual absence or an unusual presence — both of which can result in tragedy.
The neuroscience of loving music
Humans are musical animals four million years in the making, explained by music expert Michael Spitzer.
▸
8 min
—
with
Michael Spitzer
Life
Scientists use CRISPR to insert an alligator gene into a catfish
Disease kills off 40% of farmed catfish. This gene protects them.
Up Next
Neuropsych
Why do smart people do dumb things?
Because intelligence is not the same thing as rationality.