In 25 years, Bill Gates may become the world’s first trillionaire.

That’s according to Oxfam‘s recent briefing paper, which calculated the 61-year-old Microsoft co-founder’s wealth into the future with an 11% rate of return. From 2009 through 2016, the wealth of the world’s billionaires (793) increased from 2.4 trillion to 5 trillion–an 11% return.

According to the latest estimate by Forbes, Bill Gates has a net worth of nearly 85 billion dollars. This is despite the fact that Bill Gates, along with his wife Melinda, have already donated upwards of 28 billion. If Gates’ wealth accumulates at the same rate of return as recent years, he will cross the 1,000,000,000,000 by his 86th birthday.

Not bad for a college dropout. 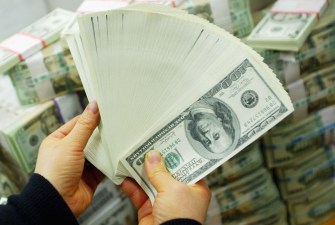 But is it good for the rest of us?

As Oxfam argues in the briefing paper, the massive concentration of wealth at the very top of society may run counter to our ideas of meritocracy--where people advance upwards based on their individual ability and hard work. The analysis by Oxfam found that inheritance provides for one-third of the wealth for the world’s billionaires.

While Gates is respected for being a tireless philanthropist working to solve major global issues afflicting the poor, the continued rapid accumulation of his wealth showcases the gulf between owning capital and working for a straight wage. There has been a dramatic shift over the last 30 years in the concentration of global wealth; Oxfam argues that it is the divide between the wealthy shareholder and the average worker that is leading to the growing disparity. Shareholders have a desire to maximize profits, which oftentimes is related to reducing labor cost.

“Maximizing profits disproportionately boosts the incomes of the already rich while putting unnecessary pressure on workers, farmers, consumers, suppliers, communities and the environment.” 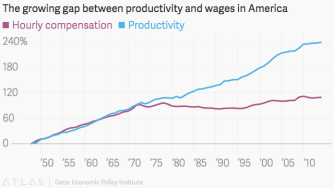 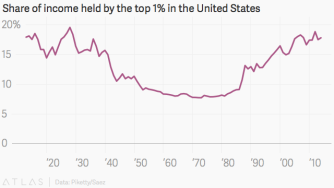 Why Don’t We Eat the Rich?

Despite riding a populist anti-Wall Street wave into the White House, the incoming cabinet for President Trump will have a wealth of at least 5 billion. This is 80% higher than President Obama’s cabinet and runs counter to many of the perceived sentiments of the middle class.

If there is such frustration about the wealth gap and the advantages received by billionaires, why does society continue to elevate the uber-wealthy?

We may have an implicit bias towards the rich.

In 2015, the researchers Suzanne Horwitz and John Dovidio studied the disparity between our explicit and implicit bias towards the rich. In their research, The rich–love them or hate them? Divergent implicit and explicit attitudes toward the wealthy, they found a divergence between our explicit opinions of the wealthy and our implicit bias to favor them over the middle class. Although participants expressed more positive attitudes towards the middle class, they showed favoritism towards the rich within various scenarios such as a car accident. 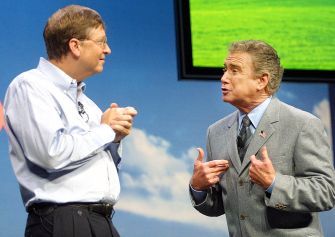 Bill Gates and Regis Philbin, perhaps planning the future spin-off of “Who Wants to Be a Trillionaire?”

As Ruchir Sharma discusses in this Big Think video (below), we may also like or dislike a billionaire based on where their wealth derives from. In addition, their charitable activity may influence a positive impression. Bill Gates, alongside Melinda Gates and Warren Buffett, created The Giving Pledge in 2010. The Giving Pledge is “a commitment by the world’s wealthiest individuals and families to dedicate the majority of their wealth to philanthropy.”

Time will tell if he gives away enough money to stop from becoming the world’s first trillionaire.

An artist’s impression of an exotic binary star system. Image credit: M. Garlick/University of Warwick/ESO.What caused the incredible eruption that Hubble caught on film? A predicted merger in 5 years […]