Would You Use Virtual Reality Sex Therapy?

The series is said to improve male performance and address any issues. 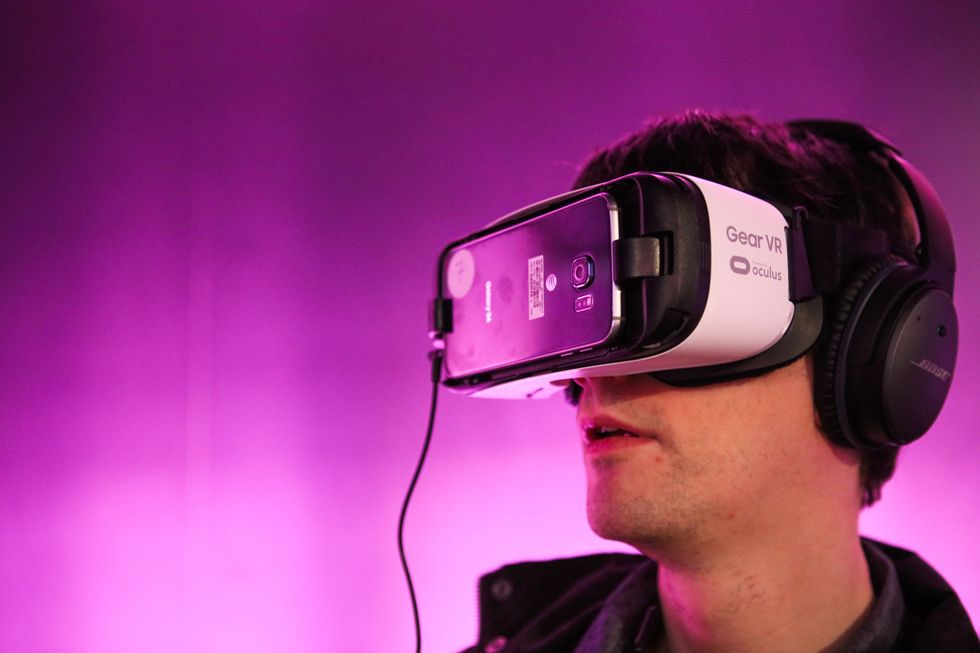 Adult Video News (AVN) winners August Ames and Tommy Gunn are featured actors in the videos, though you won’t see much of Gunn. He’s more of a placeholder for your virtual body. The subscription service was molded by human sexuality professor Hernando Chaves, MFT, DHS, who references the work of paragons Masters and Johnson, now featured in the Showtime series Masters of Sex. The target audience seems to be straight men, though it is advertised as an experience one could share with a partner.

Glider says the program can give accurate information in a fun “hands on” sort of way. For an additional $200, you can purchase what is being called a Bluetooth enabled teledildonic device, sort of like an interactive “Fleshlight.” After insertion, the Kiiroo Onyx moves in tandem with the actress, simulating penetration. The device can help couples in a long distance relationship get intimate, in addition to allowing a man to perfect his performance. In case of the latter, the sex toy can help with practicing the start-stop method, a way to delay ejaculation. There is an interactive vibrator on the market. But it has not been integrated into the system, just yet. There are plans to do so however, and make this experience available to women.

When it comes to dysfunction, the video series is not necessarily tailored to one’s needs. Glider says that instead, it is a tool that helps users get over anxiety and embarrassment. The series does cover common issues such as erectile dysfunction and premature ejaculation (PE). Kegel exercises for instance, are introduced as a way to overcome PE. This is tightening the pelvic floor muscles, which can hold back ejaculation during intercourse. Claims aside, in some cases, consultation with a medical professional is required. Men are notorious for not going to the doctor. Hopefully, this series does not become an excuse.

The program can help users overcome certain physical issues, though it doesn’t address psychological ones. In use, it seems quite passive. While offering lots of information, often the user lets the virtual actress do all the work. Other shortcomings include graphics that aren’t exactly realistic, and looking down and seeing a virtual body that isn’t yours, which may take you out of the experience.

Despite these shortcomings, Glider says this subscription service is growing. After launching last July, membership has increased 1,400%. Future options may include other acts instead of just penetration, more information about disorders, and perhaps even a program which shows how to touch a woman’s body, and how not to.