Neuroscientists are now beginning to unravel the neurobiological processes that take place inside the brain, during a spiritual awakening. 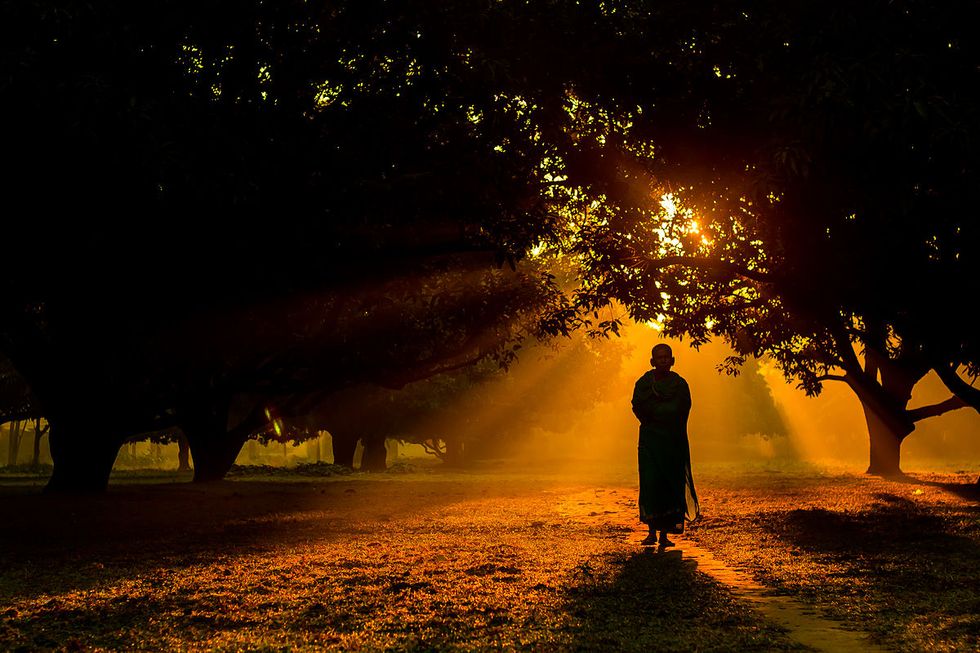 We often think of spirituality as something wholly outside of science. Though they seem diametrically opposed, could there ever be a marriage between the two? Might not science inform spirituality and vice-versa? One problem is, there’s a great range of opinions on what exactly spirituality is. It also varies across cultures and has been interpreted differently at different times in history. Generally speaking, a spiritual experience is one that transcends the self and connects the person to the universe in a profound and meaningful way. This is separate from religion which often includes dogma, religious texts, and some sort of institution.

Traditionally, we’ve known very little about the neurobiological mechanisms responsible for a spiritual awakening. In the last few decades, neuroscientists have been seeking out what such experiences look like, from their perspective. One recent study sheds light on this. The results were published in the journal Cerebral Cortex. In it, Oxford University professor Lisa Miller and colleagues at Yale and Columbia universities, isolated spirituality-related activity in a part of the brain called the parietal cortex. This region is responsible for our attention.

To conduct the study, researchers recruited 27 young adults from in and around New Haven, Connecticut. They were each asked to recall a time when they had a spiritual experience. This helped build what researchers called their “imagery script.” Volunteers were asked to recall stressful and peaceful experiences. One week later, participants were put into an fMRI machine and made to listen to a recording of a neutral female voice, who recount their experiences back to them.

The neurological pattern exhibited when a spiritual experience was recounted was the same across all volunteers. While more activity was shown in the parietal cortex (i.e. increased attention), less activity occurred in the left inferior parietal lobe (IPL). This regions is responsible for self-awareness and awareness of others. Researchers believe this is why we lose ourselves during a spiritual awakening, in union with the divine. The medial thalamus and caudate, areas which process sensory input and emotions, also displayed reduced activity.

Psychiatry and neuroscience professor Marc Potenza, worked on this study. He said in a press release, “Spiritual experiences are robust states that may have profound impacts on people’s lives. Understanding the neural bases of spiritual experiences may help us better understand their roles in resilience and recovery from mental health and addictive disorders.” Some limitations are that the volunteer pool was small and that they all came from the same city.

In a previous study, Miller and colleagues found that a spiritual awakening and depression shared the same pathway, which they called, “two sides of the same coin.” Also, habitual spiritual practices they found, seemed to thicken the the prefrontal cortex, while depression thinned it. This is the part of the brain responsible for executive function, planning, behavior modification, and self-explanation.

What is interesting about their latest study, is that researchers were able to identify the neural mechanisms that take place during any spiritual experience, regardless of what background or tradition the person came from. Still, it used a very small participant pool. A much larger study will be needed to verify these results, and one with a volunteer base that is more varied. Still, these results are promising. One wonders, if and when the neurological origins of the spiritual experience are in fact proven, will it have a profound effect on religion or spirituality, and if so, what?

To further explore the crossroads of neuroscience and spirituality, click here: