There are 2 dimensions of time, theoretical physicist states

If it proves true, it could heal the rift between quantum mechanics and the theory of relativity. 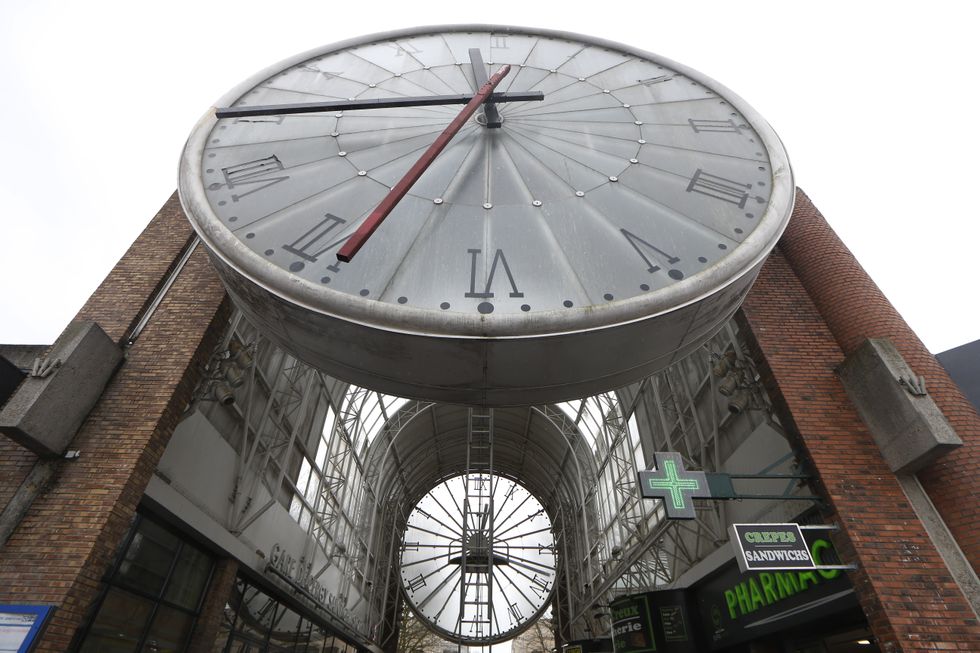 You can’t really enter into “another dimension” as science fiction would have you believe. Instead, dimensions are how we experience the world. But some aspects actually suggest to one expert, not one but two dimensions of time. If it were true, the theory could actually heal the most glaring rift in physics—between quantum mechanics and general relativity.

That’s according to Itzhak Bars of the University of Southern California, Los Angeles. The normal three dimensions including up-down, left-right, forward-back, and space-time. In Bars’s theory, time isn’t linear, but a 2D plane in curvature interwoven throughout these dimensions and more.

Dr. Bars has been crafting “two time physics” for over a decade now. It all started when he began questioning the role time plays in relation to gravity and other forces. Though the idea of more dimensions sounds bizarre, more and more physicists are considering the idea, because it could allow for the coveted unified theory of physics or "theory of everything" to take shape. This would bring together all the fundamental forces of the universe into one clean, mathematical equation.

Two-dimensions of time would make time travel possible. Instead of being linear, at some point time loops back on itself. In this way, you could travel back or forward in time. It also raises the specter of the “grandfather paradox.” This is killing your maternal grandfather, accidentally, before your mother is born, negating your own birth.

So if there are all these extra dimensions, how come we don’t experience them? In two time theory, they’re so infinitesimally small, we can’t see them. In this view, we move through these tiny, balled up dimensions all of the time, but never notice them.

If we were to fashion technology on the subatomic level, we might be able to detect these additional dimensions, Bars claims. Another aspect, the electrical charges associated with certain particles may in fact exist, due to their interaction with these other dimensions of space.

M-theory, first posited in 1995, has turned physics on its head. According to celebrity physicist Dr. Michio Kaku, this is a superstring theory, the only one which can heal the puzzling gulf now inhabiting physics. M-theory contains 10 dimensions of space and one of time, all told.

M-theory stands for “membrane theory.” Some call it the “mother of all theories.” This is a unified theory where the universe is made up of different membranes. With string theory, quarks—the tiniest particles in the universe, are actually made up of vibrating strings of energy. Each vibrate at a certain pitch, much like the strings on a harp.

Each vibration corresponds to a certain particle, a proton, an electron, and so forth. They also account for the four natural forces of the universe: gravity, electromagnetism, and the stronger and weaker nuclear forces. There are five possible string theories, and m-theory fits them all together.

Previous to this, physicists were working with a theory of super-gravity. In this model, the universe operates not as a series of strings but of membranes or “branes.” Mm…branes. M-theory adopted this as well. Today, we think of all of these as different aspects of a single framework, the superstructure of the universe. Basically, m-theory states that string and super-gravity theory can fit together mathematically.

Overall, the details of m-theory remain blurred. “Nobody has yet told us what the fundamental form of m-theory is,” Bars said. A smattering of clues is all that he and colleagues have to go on. The work of current and future physicists is likely to elucidate more. It was m-theory that got Bars thinking about an extra dimension of time. With his two dimensions of time and the 10 dimensions already in m-theory, that would mean that we inhabit a 13 dimension universe.

In two time theory, the four dimensions we are familiar with are just a “shadow” of the six we actually encounter. If this proves true, all of physics will need to be reexamined. Heisenberg’s principle states that you can measure a particle for momentum or position, but not both simultaneously. Why has been a mystery. Perhaps they’re in different times.

According to Bars, the position and momentum behind a particle are indistinguishable in any particular instant. By interchanging momentum for position, the physics remains the same. Look at a wooden box. Whether you look at its right or left side, it’s symmetrical. Here, the same type of symmetry holds true.

To figure out velocity, we divide distance by time. But if we can swap position and momentum interchangeably that means that each may be given their own unique dimension of time. In this way, the universe may be hiding an extra dimension of time from us.

Bars insists that two time theory is more than just a mathematical sleight of hand. He told the New Scientist, "These extra dimensions are out there, as real as the three dimensions of space and one of time we experience directly." If proven true, it may even help us find out why, after an exhaustive search, we have failed to find axions—the supposed building blocks of dark matter. Bars believes experiments at CERN's Large Hadron Collider (LHC) near Geneva, Switzerland, may ultimately prove his theory correct.