The climate your ancestors came from shaped your nose 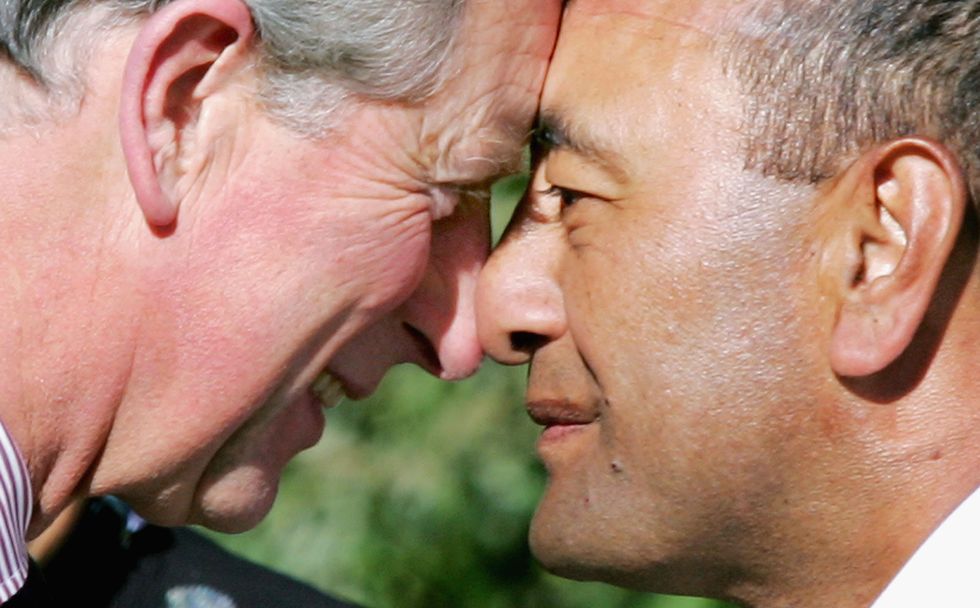 I have a schnoz just below Cyrano scale. My friend calls it a Roman senator's beak, while my wife claims it's more like a ski slope. I usually interject something like lions have strong noses or that the Romans once controlled most of the known world, which is met with eye rolls or smirks. When people try to guess my ethnicity, they usually say either Jewish or Italian.

Though I'm a mutt, the largest portion of my roots come from Southern Italy, mostly Calabria, Naples, and Sicily. In everyday culture, we consider certain physical attributes as revealing our nationality or ethnicity, such as my Italian-American honker. But is this supported by science?

Well, let's consider the nose. Whether or not there is an evolutionary basis for the wide variety in shape and size among humans has been of much debate among scientists for some time. The nose and surrounding sinuses have a distinct purpose—to warm, moisten, and filter the air we breathe. For this reason, scientists have thought that differences in the size and shape may have something to do with the climate a people developed in.

Now, a recent study published in the journal PLOS Genetics in 2017 lends valuable evidence to the notion. Nostril size varies remarkably from one population to the next. Those with wider nostrils according to this study, developed in warmer, wetter climates, while those with narrower nostrils developed in colder, dryer ones. Narrow nostrils are beneficial in cold climates because they can more effectively trap and heat the air before it's inhaled, and the opposite for wider nostrils in warmer climates. This is thought to be a trait passed down through natural selection.

People from colder, drier climates tend to have smaller nostrils.

A team of scientists from Ireland, Belgium, and the US conducted the study, led by experts at Penn State University. Arslan Zaidi is a postdoctoral researcher and co-author on the study, which included 476 participants. Each had a 3D image taken of their face. Researchers took several nose-related traits into consideration: protrusion, height, and width, and two non-nose related: skin pigmentation, and the person's height.

Participants were of east Asian, south Asian, northern European, or west African descent. Of the total, 140 women, about 40 from each ethnic or racial group, had their nose measurements examined. Dr. Zaidi said, “We selected these to maximize the distance across populations." Each were assigned to a particular temperature and humidity point system, due to where their ancestors originated.

The researchers put that data on a scale, and results became clear. The size of participants' nostrils were directly associated with the temperature and humidity ranges of particular regions. In the future, Zaidi and colleagues hope to add more racial and ethnic groups to their research. Of the five attributes, only nostril width and skin pigmentation showed differences greater than chance, attributing these to genetic mutation and natural selection, instead.

The size and shape of one's nose is passed down from one generation to the next.

The correlation between climate and nostril size was most prominent for Northern Europeans. Skin pigment and climate correlate even more strongly, however. These findings can be corroborated by previous research, which found that the nasal slits in skulls were narrower in peoples who came from northern regions.

The shape of one's nose has also been proven to be inheritable. Unrelated people who had a similar nose shape were found to have comparable genes. The fact that skin pigment had a stronger correlation may say something about other factors, such as what cultures value in terms of aesthetics and attraction.

These results may improve personalized medicine. Knowing the details surrounding genetic variance can help gauge one's risk to certain diseases. “We know there are variable risks of respiratory diseases across different populations in the U.S.," Dr. Zaidi said. “Can we find an explanation for that in morphology?"

It's important to note that the vast majority of human genes are common ones. There's less than 15% of genetic variation in our species, which is attributable to our developing in different regions, according to Dr. Zaidi. “People are more similar than they are different," he said. “What this research does is offer people a view of why we're different. There's an evolutionary history to it that, I think, kind of demystifies the concept of race."

To learn more about how evolution has shaped your body, click here: