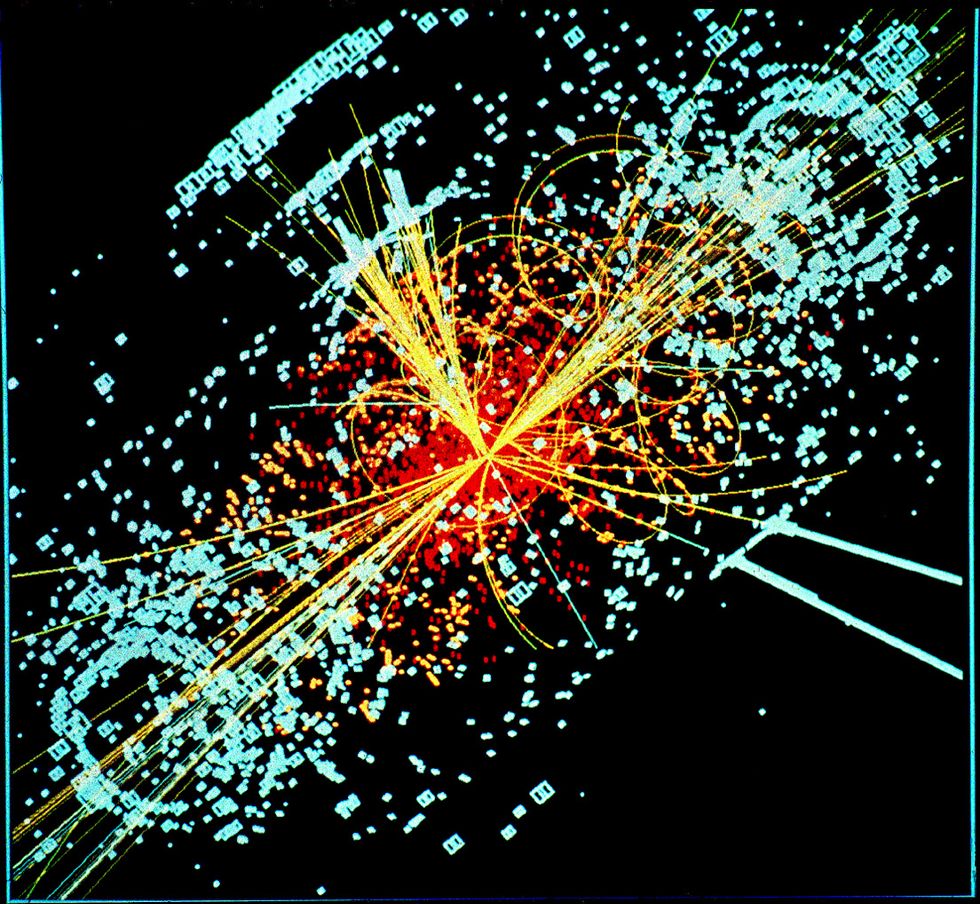 Theoretical physicist Joseph Lykken says it would probably take billions of years before we reach that point. Lykken hails from the Fermi National Accelerator Laboratory in Batavia, Illinois. If it did happen though, you wouldn’t know it. One instant you are here, the next, you and everything else is swallowed up by an enormous vacuum bubble, traveling at light speed in every direction. Humanity would never see it coming.

Peter Higgs and colleagues first theorized the existence of the Higgs boson in 1964. The Large Hadron Collider (LHC) at CERN in Geneva, Switzerland finally discovered it in 2012. With this missing piece found, three of the four fundamental forces of nature become complete. The particle’s measured value is 126 billion electron volts. That’s 126 times a proton’s mass. This is just enough to maintain a state teetering near the edge of stability.

Everything in the universe contains a certain amount of energy. Even so, everything also adheres to the principle of stability. All substances want to become stable. To do that, one must contain as little energy as it can. When something has a high energy level, it is unstable, and moves to rid itself of excess energy, in order to achieve stability.

Part of the Large Hadron Collider (LHC) at CERN, where the Higgs boson was discovered.

Quantum fields imbue particles with various properties. They also want to move to a low energy state, here called a vacuum state. The Higgs Field may be the exception. It lends particles’ mass. Rather than being a vacuum, the Higgs Field contains potential energy it cannot rid itself of, making it a false vacuum and by nature unstable. This instability could spark off, if the field was able to absorb more energy. A certain point it could absorb no more, teeter over the brink and end everything in existence.

Prof. Lykken believes it will take billions of years. “There's no principle that we know of that would put us right on the edge,” he said. University of Southern Denmark physicists strengthened the vacuum decay theory in a study published in the journal High Energy Physics. They found however that vacuum decay could occur at any moment.

Even so, there may be outside forces associated with the Higgs Field that influence it in unknown ways. Dark matter for example, that mysterious substance that could comprise up to 27% of the universe, may interact with the Higgs Field. Recently however, a team of prominent physicists brought into doubt whether or not dark matter actually exists. Another theory called “supersymmetry,” states that every particle has its opposite. This helps keep the universe stable. Could the Higgs boson have a twin? Would that particle keep it from vacuum decay? No one is sure.

A representation of the Higgs Field. by Gonis from es, CC BY-SA 3.0, Wikipedia Commons.

It is believed that when vacuum decay eventually takes place, what will be left is a superheated, hard, and extremely dense sphere. Some astrophysicists believe the universe, just before the Big Bang, may have looked like this. The Higgs Field is thought to have emerged shortly after the Big Bang. So it may be the driving force which deletes the universe and forces it to start over again.

This isn’t the only conceptualization which predicts the destruction of everything everywhere. Another is the Big Crunch theory. This is the opposite of the Big Bang. With the first, a collection of super dense material exploded, heaving everything out in all directions. With the Big Crunch, it’s thought that material eventually stops moving at some point, and begins traveling in the opposite direction, coming back together again.

So even if we are able to escape the planet and become an intergalactic species before the sun engulfs the earth, the universe itself may collapse. The only way to ensure longevity is if the multiverse actually exists, and we can become a multi-universal species. Whether it is the Big Crunch of Vacuum Decay that gets us, it’s interesting to think that perhaps after that dense, hot state, it could in theory explode again, causing a second Big Bang.

If true, how many times has the cycle occurred? And does history repeat itself exactly, or is a totally new universe born? It is of course important to remember that this is all in the realm of theoretical physics. The universe may hide as of yet a treasure trove of unknown particles which could change these predictions and speculations completely.