Nationwide 5G mobile network: how fast will it be and how soon will it get here?

AT&T, T-Mobile, Verizon, and Sprint have all recently unveiled plans for a nationwide 5G network in the US. 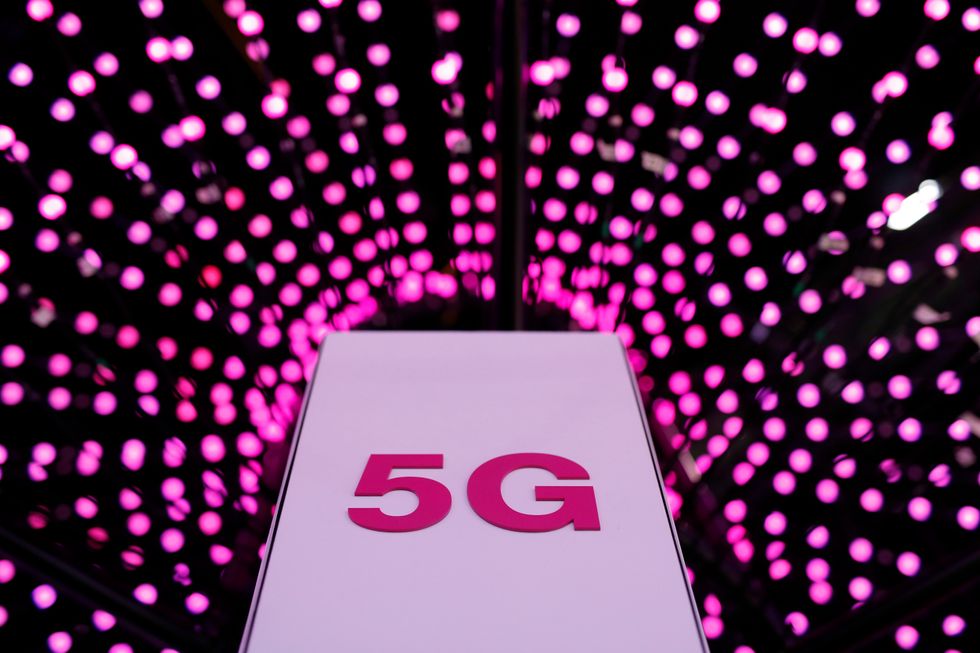 5th generation wireless telecommunications (5G) made its debut at the 2018 Winter Olympics, which just wrapped up in PyeongChang, South Korea. There, attendees who got their hands on a 5G equipped tablet or VR-headset could stream events with a millisecond delay. They also got a first person glimpse at what it's like to be a bobsledder or snowboarder, thanks to athlete helmet cams. Besides spectators, viewers at home also got a taste of just one of 5G's multifaceted capabilities, when it was used to synchronize 1,200 LED candles during the opening ceremony, forming an enormous dove.

This unveiling has left many wondering what 5G is, how fast it will be, and when a nationwide 5G network will become available in the US and elsewhere. The 1st generation of wireless telecommuncations was the first cell phone, an analog rather than a digital device. 2G comprised the first digital cellular network, and introduced texting. 3G allowed for internet access, birthing the first smart phone.

Speeds at the time were 200kbps to a couple of megabits per second. 4G gave us far greater speeds, hundreds of megabits to a gigabit per second. Meanwhile, 5G promises 20 gigabits per second, and a lower latency time—which is the time it takes from when you click on a web-page until it's loaded. 5G is expected to have a response time of less than 0.001 seconds.

5G will help usher in the era of autonomous vehicles, as many functions that would normally have to be performed onboard can now be offloaded onto the cloud. Credit: Getty Images.

With 5G, you can download an HD movie in two seconds flat. It'll open up new possibilities with Ultra HD and 3D movies, as well as transform virtual reality. But 5G isn't just about faster speeds. It'll allow us to connect more devices, a need that's pressing. The era of the “internet of things," is right around the corner.

By 2020, 13.5 billion consumer devices will be hooked up to Wi-Fi, according to one Gartner analysis—a major research and advisory firm. If you include devices for businesses, that figure is around 20.8 billion. There's only about 6.4 billion devices on Wi-Fi today, meaning hordes of devices are going to need to be added to networks in a very short time. Besides your tablet, laptop, and smartphone, these will include things like health sensors, dog collars, security cameras, smart watches and other wearables, door locks, and so much more.

Most experts believe we'll see a largescale rollout of 5G in most developed countries by 2020. South Korea is expected to do so by 2019. In the US, the process will be complicated. When you'll get access will depend on where you live and your carrier. Many markets however, will be some of the first in the world to take advantage of 5G.

AT&T, for instance, has already successfully set up a 5G network in Waco, Texas, Kalamazoo, Michigan, and Bend, Indiana. It's also providing 5G at an Intel office in Austin. The world's largest telecom announced in January more plans. It's expanding 5G to a total 12 US markets by the end of 2018. By 2019, it'll add a slew more.

AT&T announced, “While we are rolling out mobile 5G in 2018, we also plan to continue to enhance our network with 5G Evolution technology in hundreds of additional metro areas." The company's statement added, "We will give you more options to access our latest wireless network offers by making additional 5G Evolution-capable devices available throughout the year." One major snag, 5G compatible smart phones are expected out until 2019. So the company will offer “pucks," which operate like mobile hotspots, allowing some users to try out certain 5G's features.

Not to be undone, T-Mobile announced this month that it'll be offering 5G to 30 US cities by the end of the year. This includes New York, L.A., Dallas, and Las Vegas. CEO John Legere in the announcement disparaged his competitor's plans as “dumb and dumber." While the currently used LTE networks are growing more and more congested, T-Mobile plans to build out the open 600MHz and millimeter-wave (mmWave) spectrums. It'll also deploy 5,000 small cells for Licensed Assisted Access (LAA) LTE.

"T-Mobile is in a unique position with 5G, with its unpopulated spectrum holdings and multi-spectrum strategy," the telecom announced. "While other wireless companies must kick customers off their congested LTE networks to build out 5G, the un-carrier is building 5G on wide-open airwaves. Plus, T-Mobile is the only US wireless operator to announce plans for standards-based 5G across multiple spectrum bands." T-Mobile plans to cover 30 cities by 2019 and have a nationwide network by 2020. Once again, consumers won't gain access to the 5G network until next year, when 5G compatible phones hit the market.

Verizon also has a plan. It wants to hook up five US cities with 5G by next year, starting with Sacramento. While Sprint says it'll bring “5G-like capabilities" to several US cities this April: Atlanta, Dallas, Houston, Chicago, and D.C. Then it plans to expand the network in the first half of 2019. Sprint CEO Marcelo Claure announced the move at the Mobile World Congress (MWC) in Barcelona.

"Our deep spectrum position gives us an incredible advantage no other carrier has in the US," Claure said. “We're making significant investments using state-of-the-art technology, and working with leading chip and handset partners to deliver an incredible next-gen network for our customers."

To learn a potential benefit 5G will likely extend to robots, click here.