“These facts have been presented time and again, year after year, for decades,” DiCaprio says. “Quite simply, we are knowingly doing this to ourselves." 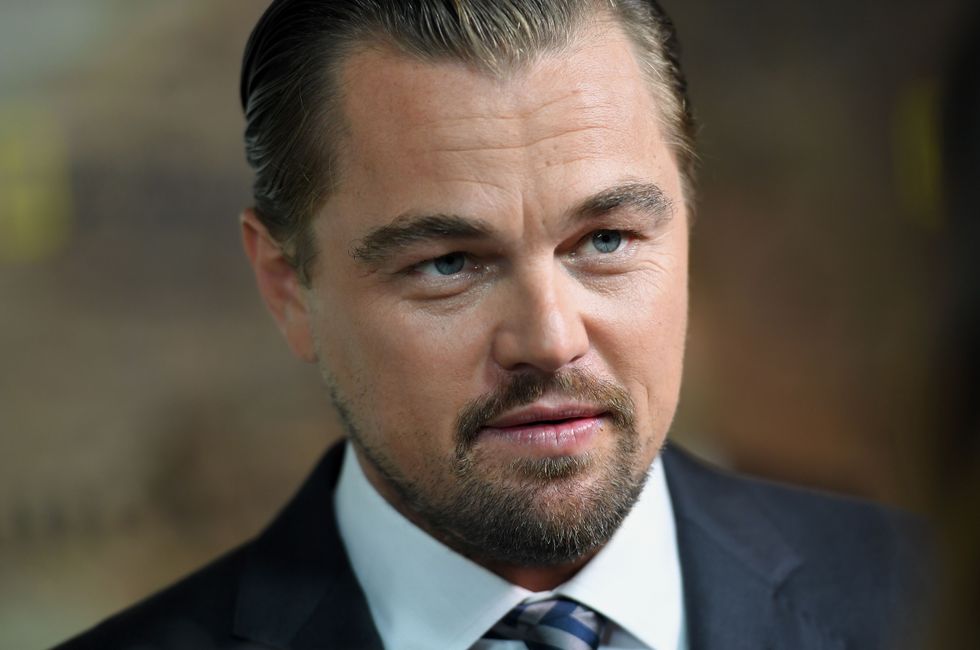 Leonardo DiCaprio is more than just a leading man in some of Hollywood’s biggest blockbusters. Along with being a writer and producer, he’s also an outspoken activist ringing the alarm bells of the catastrophe to befall us, should we ignore our role in global warming. DiCaprio himself has been a long-time advocate for the environment, and sits on the board of many prominent organizations including the World Wildlife Fund (WWF), the Natural Resources Defense Council (NRDC), and the International Fund for Animal Welfare.

He’s also traveled the world speaking on climate change and is currently a UN messenger of peace. He even brought up climate change in his acceptance speech, when he finally won an Oscar last year for his role in The Revenant. In addition, he’s made two speeches to the UN, one in 2014 and another earlier this year.

At a two-day conference that just wrapped up on Tuesday at Yale University, he announced The Leonardo DiCaprio foundation was committing $20 million dollars in grants to 100 nonprofits working to fight climate change. The foundation has six programs. They are: Wildlife and Landscape Conservation, Climate Change, Indigenous Rights, Innovative Solutions, Marine and Ocean Conservation, and Transforming California. Up until now, the foundation has had a direct financial impact of $80 million, which DiCaprio himself raised.

The event at Yale was hosted by the Kerry Initiative. This is a program created by John Kerry, the former Secretary of State, presidential candidate, Massachusetts senator, and Yale graduate. According to the Hartford Currant, other speakers included, “California Gov. Jerry Brown, Paris Mayor Anne Hidalgo, former Secretary of State James Baker, and General Electric chairman Jeffrey Immelt.”

Secretary Kerry and DiCaprio closed the conference entitled, “Closing Plenary: Citizen Engagement & Activism.” The two men entered to thunderous cheers and applause. The overwhelming outpouring caused both DiCaprio and Kerry to smirk knowingly. The former secretary stepped over to the podium and introduced DiCaprio by referencing Titanic. "Who better to talk about climate change than a man who has witnessed an iceberg breaking apart in the middle of the ocean?" he said.

You could feel the electricity in the room as the audience, mostly Yale students, anxiously awaited to hear DiCaprio speak. Kerry called on the students to become the agents of change, and said we need a new accountability to contain the climate’s growing temperature. “We are way behind as to what has to happen,” Kerry said. Instead, we had to start to learn to “save ourselves, from ourselves.”

DiCaprio spoke at the podium after a clip of his interview-style climate change documentary, Before the Flood which came out last year. Since then, the actor pointed out that more species have gone extinct and wildfires and ferocious storms have become more commonplace. Scientists have been ringing the alarm bells since the ‘90s, he said. Yet, surprisingly little has been done. The economic turmoil he said, will come at us in unison with ecological disaster. According to his foundation, the environment offers us $100 trillion in free services, which are now all in peril.

“These facts have been presented time and again, year after year, for decades,” DiCaprio said. “Quite simply, we are knowingly doing this to ourselves, to our entire planet, and we’re risking our very future.” He mentioned that the intense storms hitting the Caribbean and Gulf Coast, along with the horrendous flooding in Southern Asia, make the “results of our inaction even clearer.”

And yet, “There is still an astounding level of willful ignorance and inaction from the people who should be doing the most to protect us and every other living thing on this planet.” Apparently, DiCaprio and his foundation head met with then President-elect Trump in December and offered a commonsense plan to address climate change, as well as to boost the economy through supporting green jobs. "We talked about how the United States has the potential to lead the world in clean energy manufacturing and research and development,” he said.

DiCaprio called R&D, green jobs, and green engineering “the largest domestic opportunity in all of American history.” Meanwhile, the Trump administration has backed away from the Paris Climate Agreement, which Kerry as Secretary of State helped broker in 2015. According to DiCaprio, the only thing we lack is the political will to tackle this ever-increasing problem.

Kerry and DiCaprio at the Yale event.

“What is missing in some countries is government policies that set bold goals and more leadership from the private sector, to reach out and grab hold of this tremendous opportunity, to be the drivers of innovation, to invest in these clean jobs and understand the economic potential for the future,” DiCaprio said.

When announcing the grants, he said, “We are proud to support the work of over 100 organizations at home and abroad. These grantees are active on the ground, protecting our oceans, forests, and endangered species for future generations, and tackling the urgent, existential challenges of climate change.” See those organizations and the breakdown here.

"There exist today many proven technologies in renewable energy, clean transportation, and sustainable agriculture that we can begin to build a brighter future for all of us. Our challenge is to find new ways to power our lives, employ millions of people and turn every individual into an advocate for clean air and drinkable water. We must demand that politicians accept climate science and make bold commitments before it is too late."