It’s illegal, yet usually a subconscious act. So how can we scrub bias from the hiring process? 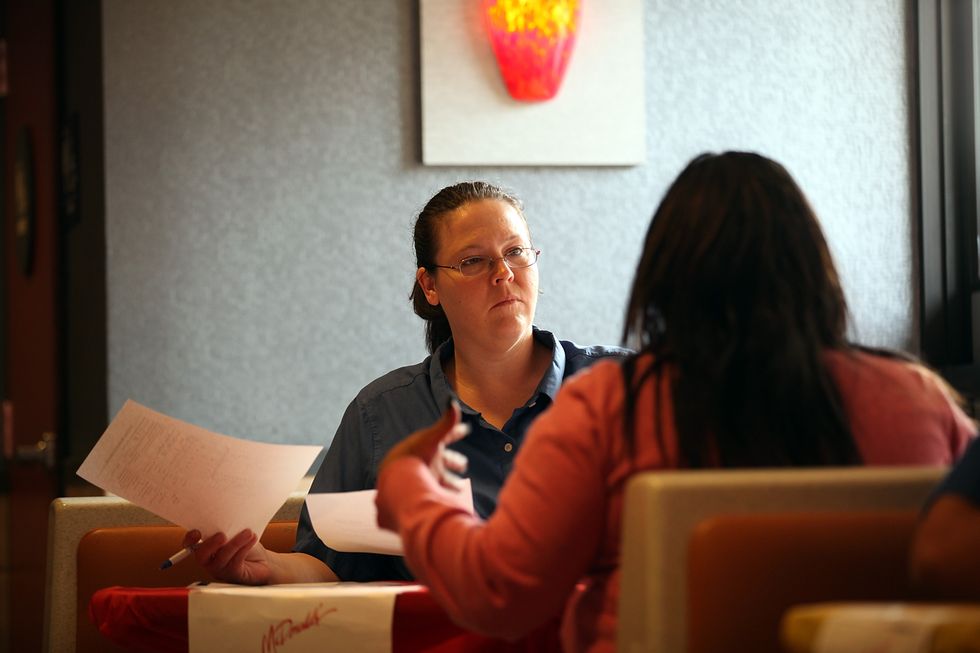 Interviewers have an inherent bias, whether they know it or not. Getty Images.

Say you go to a job interview and sometime after, the interviewer sends you a friend request on Facebook. Would you accept it? The question gives us pause. It’s a paradox, really. On the one hand, not accepting might mean you have something to hide. On the other, if you accept, you could be evaluated on far more than your CV. Though the unemployment rate just took another dip, it’s still hard to find a good job nowadays, one that can sustain us and lead to a solid future.

Unfortunately, more and more interviewers are sending friend requests, giving candidates the jitters and leaving them wondering if they made the right choice, either accepting or rejecting. By law, it’s illegal to ask about one’s religion, sexual orientation, or marital status at an interview. Unless you’re wearing signifiers like a hijab, a cross, or a wedding ring, the interviewer may never pick up on these things. But on social media, the information is just a few clicks away.

So what’s the big deal? Evaluating someone on the basis of say religion is illegal, right? The problem is, these decisions are often made subconsciously. The hiring manager may not even know they are doing it. After all, don’t we go with our gut in such situations? And doesn’t that allow for inherent bias to slip in?

This all rests on social identity theory. We, each of us, identify with certain groups. This theory states that we, overtly or subconsciously, value and put our own group above others. The in-group we identify with could be a social class, an ethnicity, religion, one’s own family, a sports team, and more. A study, recently published in The Social Science Journal, found that people naturally use race and religion as part of their interpersonal judgments.

A new study shows that an applicant’s religion and race played a role in whether they were hired. Getty Images.

Here, researchers set out to know if a job candidate’s religion and/or race, played any role in if they were hired or not. 175 participants were recruited for this study. All identified as black and Christian. They each viewed five possible job applicants for a fictitious position. Candidates were identified as either black or white, and Christian, Muslim, or atheist.

32% of participants said they used an application’s religion to evaluate them. There was overwhelming support for Christian candidates, who researchers reported were in the participants’ “in-group.” Muslim or atheist candidates therefore, constituted the “out-group.” Only 1% used race as a factor.

What scholars found compelling was that those who didn’t lean toward a candidate because of religion, in other words less religious candidates, showed an in-group bias for race, instead. A study out of Carnegie Mellon University supports this one.

It found that nationwide, Muslim applicants received 17% fewer callbacks than candidates of other faiths. But it may not be that interviewers are exercising bias on purpose. Several studies point to hiring managers subconsciously selecting those in their in-groups over out-groups, when making hiring decisions.

Race is a hard thing to cover up. But one’s religious or ideological bend isn’t always picked up, offline. Online, scanning ones social media pages can quickly give away their faith or outlook. You could just get off social media altogether, however unlikely that sounds. But you’d be hurting your prospects.

77% of employers today use it as a recruiting tool, according to the Society for Human Resource Management. Several large firms have banned the use of friend requesting candidates. Congress is even weighing whether or not to make such a ban federal law.

Yet, currently, the rules on friending someone up for a position haven’t been spelled out. The Equal Employment Opportunity Commission has, to date, avoided weighing in. For now, be careful what you put on social media, if you’re looking for a job, because legally, the issue remains stuck in a gray area.

This is just another example of technology darting past the law. One answer might be intermediary firms, who can search for illegal or disturbing behavior applicants might post online, but block out any illegal considerations from hiring managers’ eyes. Social Intelligence is one firm doing exactly that.

To learn more about our inherent biases, click here: