Is There a Link Between Religiosity and Authoritarianism?

Religiosity can lead to intolerance for outside groups. Luckily, there are counterweights to this. 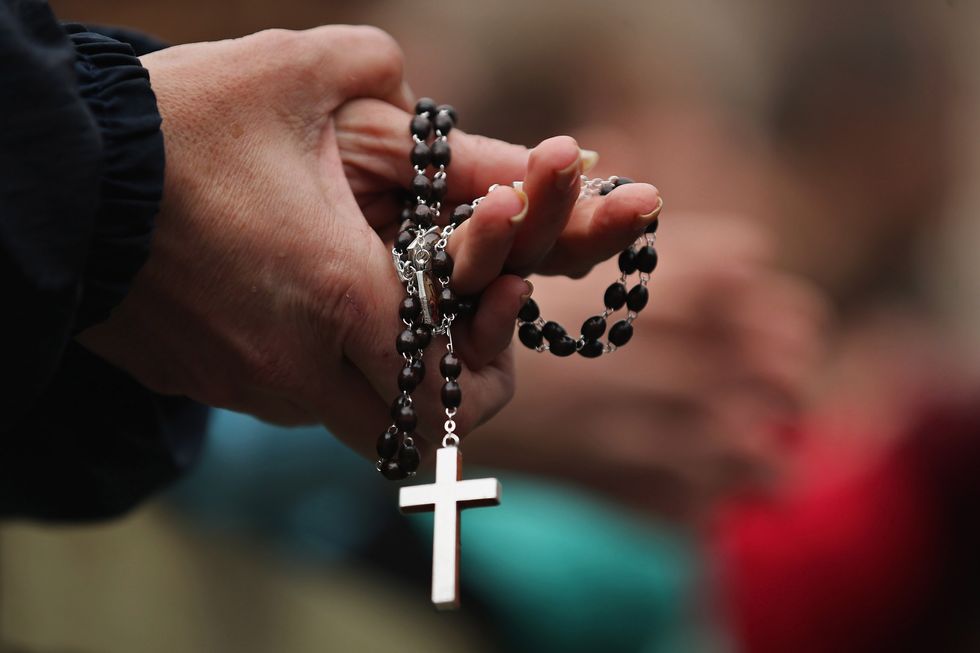 Religions preach peace, tolerance, love, and understanding. But a growing body of evidence shows that those who tend to be very religious, often bend towards authoritarianism. Fundamentalists seem to have the strongest association with authoritative ideas. This includes traits such as respect for social order, submission to authority and conventionality, and an intolerance for outside groups.

This isn’t new territory. In fact, this link has been studied by political scientists, psychologists, and social scientists since the 1950s. According to a 1995 study, in the Journal for the Scientific Study of Religion, those who identify as religious tend to be authoritarian, and authoritarians tend to be religious.

Research published in 2007 in that same journal found a strong correlation with consistent attendance at religious services, strong feelings of religious affiliation, and “intolerance, prejudice, authoritarianism, and dogmatism.”

The highly religious tend to side with authorities and are usually against those who side against them. Getty Images.

Fundamentalists with unwavering commitment to religious teachings were found to be the most authoritarian. They were associated with rigidity and showed little interest in having new experiences. A 2011 meta-analysis found that, “Fundamentalism correlated positively with authoritarianism, ethnocentrism, militarism, and prejudice.” Here individuals were considered authoritarian if they, “submit to authorities, aggress against those inclined to challenge authorities, and embrace societal standards perceived as established by authorities.”

Both studies discovered however that religious traditions which value questioning negatively correlated with authoritarian viewpoints. In the aforementioned 1995 study, this counterweight was defined as “religious maturity.”

Researchers defined it as strong religious faith balanced with personal questioning and intellectual inquiry. Rather than seeing one’s faith as monolithic, the religiously mature understand that life is complex and contradictions abound between spiritual teachings and some of the experiences we encounter.

A longitudinal study published in The Journal of Adult Development, followed Americans starting in their 30s up until their mid-60s or 70s. One half of the cohort was born in the earlier part of the 1920s and the other, the latter half. As participants began reaching their golden years, they tended to become more religious, the study found. In the first cohort, religiosity increased over the course of their entire lifetime. With the second, women saw a greater increase in faith than men, as age set in.

Researchers found that whether or not a religious group has an authoritarian bend “depends on the aspect of religion being considered: traditional church-centered religiousness versus non-institutionalized spiritual seeking.” The latter has grown since the 1960s, researchers found. The spiritual seeking recognize other faith traditions as valid, particularly those of the Far East. They are also more likely to question their own religious tradition.

A 2011 study found that the highly religious were more likely to discriminate against those of other sexual orientations. Getty Images.

Spiritual seekers possess characteristics such as creativity, openness to new experiences, and a willingness to experiment, traits that directly oppose conventionality, submission, and authoritarianism. So it is in this way that spirit seeking or spirit questing, sometimes called “New Age” pursuits, negatively correlates with authoritarianism.

The number of spiritual seekers has increased in recent decades, as has those who identify as agnostics, atheists, or non-religiously affiliated. According to the Pew Research Center, over 70% of Americans identify as Christian. Even so, the fastest growing group are the non-affiliated, which today make up over 22% of the US populous. They’re also the largest voting bloc in America. What’s more, this explosive growth of “nons” is in line with the global trend.

Of course, this spiritual divide has existed in America since some of its earliest days, with the Puritans on the one hand and the Transcendentalists on the other. These lines are now being further delineated as human life grows ever more complex, and greater scientific understanding and capability intrude more and more into our lives. Certainly religion itself can have positive influences on the individual.

All things have their positive and negative attributes. In this case, it seems that religiosity doesn’t doom you to authoritarianism. But it doesn’t protect you from it, either. And the way it’s practiced, whether dogma can be questioned and other viewpoints accepted, matters a great deal, as to whether it’s conducive to authoritarianism or a more egalitarian, democratic atmosphere.

To learn why voters would choose an authoritarian leader, click here: