How does sex alter the brain?

Sex alters the brain in a variety of interesting ways. 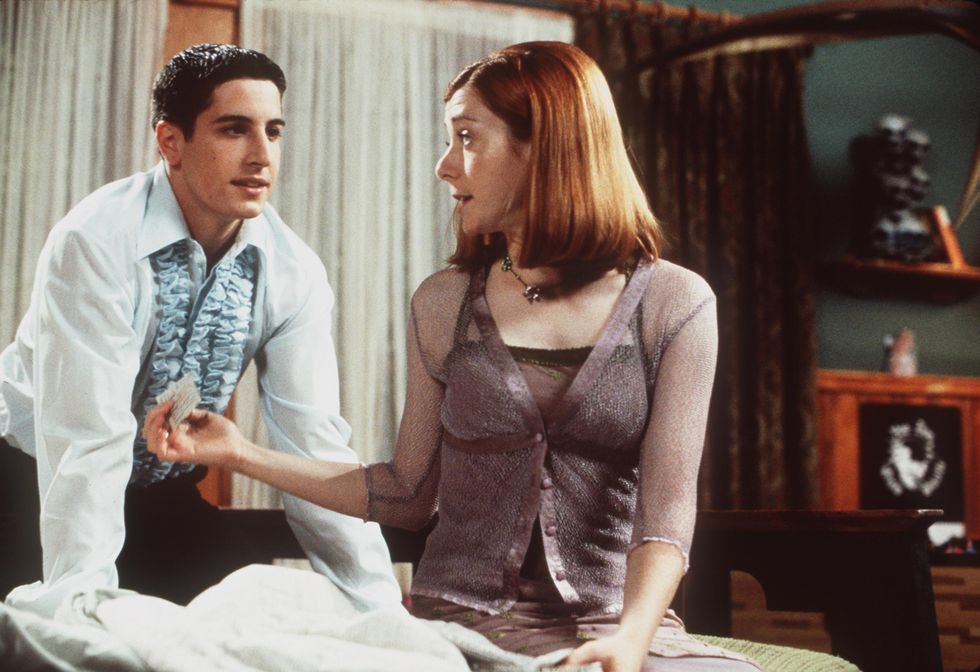 Many of us are aware of the impact sex has on our health. It can burn calories, help us sleep better, makes us less hungry, and even calibrates our metabolism. All of these benefits, and yet millennials are having less sex than generations past. While most people are aware of the health benefits, few know how it affects the brain. Turns out, it alters our thinking organ in a myriad of ways.

Sex is a complex process with many neurological networks involved. This includes the regions associated with emotion, pain, and especially the reward circuit. When we’re being stimulated in a sexual way, a host of biochemicals such as dopamine, endorphins, oxytocin, and vasopressin flood our system and alter our neurochemistry.

This hormonal cocktail’s release is directed by the hypothalamus, a small area at the center of the brain that’s involved with a lot of biological functions, including regulating blood pressure, sleep cycles, the sex drive, childbirth, thirst and appetite, and even the production of digestive fluids. Let’s face it: unless you're gifted with the good looks of Brad Pitt, it isn’t easy to find a partner. The whole reason we’re driven to take part in sex in the first place is, we get a big heaping dose of dopamine out of an orgasm. Sometimes called the “reward molecule,” dopamine is also released when we feel a sense of accomplishment, eat a rich dessert, rock out to our favorite song, win a monetary reward, or partake in drugs or alcohol (including nicotine and caffeine). This is why sex can become a full-blown addiction. Those who’ve had an orgasm also have higher levels of prolactin, a hormone thought to aid sleep, which may be why many of us doze off after an erotic romp.

Sex also releases endorphins--the body’s natural painkillers. Some studies have shown that intercourse can relieve a headache, despite being the classic excuse to abstain. Sex can even relieve the dreaded cluster headache, one study shows. Vasopressin and oxytocin meanwhile, give us feelings of arousal, emotional connection, intimacy, and even attachment to our partner. Oxytocin is known as the “calm and cuddle” hormone. This is the same biochemical that bonds mother to child through breastfeeding. It’s also thought to offset cortisol—the stress hormone.

In a 2003 Dutch study, researchers used a positron-emission tomography (PET) scan on male participants while their female partners sexually stimulated them, until orgasm. Scientists specifically zeroed in on the actions of the brain during orgasm. They found that blood flow to the cerebellum increased significantly. This region is known to process emotions. Meanwhile, the lateral orbitofrontal cortex—known as the center of logical reasoning, shuts down. But don’t worry fellas! This happens to the ladies, too. In a 2005 study, the same Dutch team used a PET scan to monitor male participants once again, while they were being given pleasure by their partners. Here, researchers looked at the men’s brains from the time of arousal until orgasm. They found that when the penis became erect, blood flow increases to two important areas in the right hemisphere, the posterior insula and the somatosensory cortex. The right amygdala, however, saw a decrease in blood flow.

The insula processes feelings of warmth but also pain. While the somatosensory cortex is the area of the brain where pain is encoded. In the amygdala, emotions are created and regulated. It’s believed that the amygdala is dialed down so as to decrease anxiety and fear during arousal stage, up until orgasm.

Surprisingly, reactions within male and female brains aren’t that different, according to a 2017 Rutgers University study. Here, 10 female participants either sexually stimulated themselves or were stimulated by their partner, while strapped into a fMRI. At the time of orgasm, in addition to the aforementioned parts of the brain, they also had heightened activity in the cingulate gyrus. This region helps to sense pain and process emotions. Could this mean that sex is a more emotional process for women than men? Only future studies can tell us for sure.

In the past, it’s been assumed that parts of the brain “shut down” when we orgasm. It can certainly feel that way. We melt into the moment and our consciousness seems to connect to something larger, something beyond ourselves. These studies have found however that nothing could be further from the truth. Rather than deactivating, the brain actually rises in activity as it approaches orgasm, peaking at climax, and settling down again in the afterglow.

To learn more about what happens to you biologically during sex, watch this: