Hallucinogens: A Way to Soothe Mental Illness, Even Get Ahead

Psychedelics came en vogue in the 1960s and since then have been maligned as inducing psychosis. Today, some evidence suggests that tiny doses of these drugs may be useful for curing psychological disorders such as depression, PTSD, and social anxiety, among others. But more research is needed and there are hurdles to overcome. 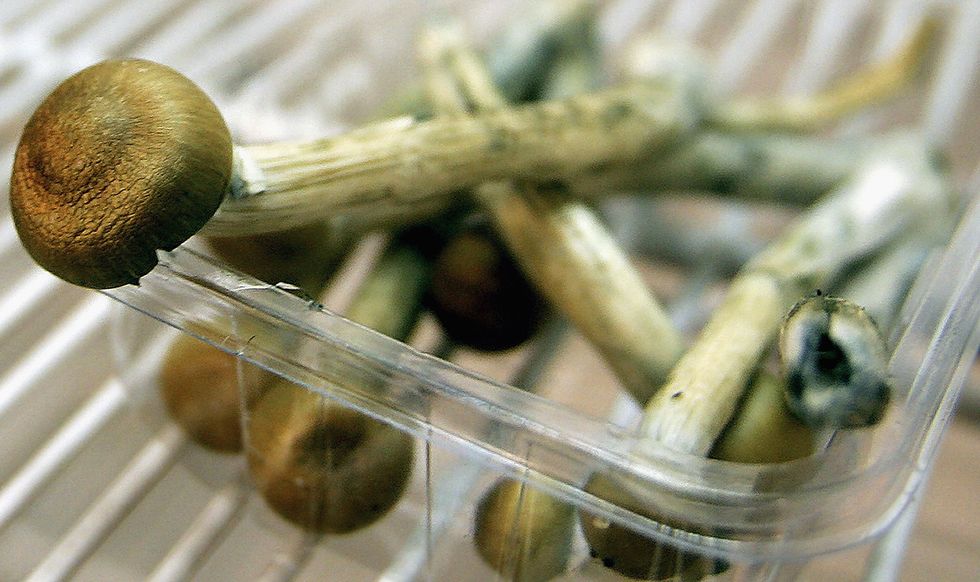 Psychedelics have been with humans for over two millennia. Ethnobotanist Terence McKenna’s “stoned ape theory,” postulates that the development of language may have started with our ancient ancestors taking psychedelics, as they have the propensity to make one talkative and interested in sounds.

Shamans and medicine men of Africa and the America’s have used hallucinogens for thousands of years in religious practices—to divining prophecy, as a rite of passage, and more. These have been so paramount to certain cultures that Native Americans in the West have won court cases to be allowed to continue their use in rituals. Some anthropologists say these ancient cultures respect for such substances, within the confines of ritual, have safeguarded their users from addiction, and allowed for great insights. As for ancient civilizations, it is thought that the soma beverage of the Vedas, the sacred texts of Hinduism, contained psilocybin or “magic” mushrooms as an ingredient.

In Western society how hallucinogens were regarded has swung back and forth like a pendulum. Ergot is a parasitic fungus that grows on rye and rye bread which can cause hallucinations. During the Black Death and again in the 16th and 17th centuries, bouts of insanity, which were sometimes interpreted as witchery or demonic possession, was often caused by ergot poisoning. In Medieval times and during the Renaissance, ergot victims suffered from what was known as St. Vitus dance, or the Dance of Death. The latter can be found throughout medieval iconography. Some historians have linked certain weather conditions and the likelihood of ergot with the witch hunts of Europe and colonial America—most famously in Salem.

The Salem witch trials may have been from accidental ergot poisoning.

Fast forward to the 20th century, and we have Swiss chemist Albert Hoffman who in 1938 created a synthetic version of ergotamine that within a few decades would be all the rage with young hippies. He accidently discovered lysergic acid diethylamide (LSD), trying to find a drug that stimulated breathing and circulation. While experimenting on himself, he found that he experienced incredible and sometimes horrific hallucinations. Soon the U.S. government became interested. From 1953 to 1964 the CIA conducted a series of LSD experiments as part of Project MK Ultra. In this program, American citizens were given different biological and chemical agents, often without their knowledge. The documents surrounding this program were destroyed before a 1973 Senate investigation came underway.

The program included Secret LSD experiments which took place at 30 universities. Author Ken Kesey was one such subject. Later on, he experimented with mescaline while conducting his nighttime duties at a psychiatric institution, at which he worked, and wrote One Flew Over the Cuckoo’s Nest. As for the CIA experiments, many speculate that they were to see whether or not a person would be more susceptible to hypnosis, in order to brain-wash them into becoming a CIA assassin. Project MK Ultra became the basis of The Manchurian Candidate and George Clooney’s character in Men Who Stare at Goats.

The counterculture movement of the 1960’s gleaned onto psychedelics, and many artists over the years admit to being inspired by them. Two camps quickly formed. Those in the quite, contemplative Eastern aesthetic flocked to Dr. Timothy Leary, who took LSD with groups of followers to accentuate meditation. A more ecstatic group admired Ken Kesey and his merry pranksters, whose antics are laid bare in, The Electric Kool-Aid Acid Test. Concurrently, in the 1950’s thru the early 1970’s, medical experiments using psychedelics to treat addiction and mental illness were considered cutting-edge.

LSD and other psychedelics were thought mind-expanding in the 1960’s. That attitude may be back.

The 1980’s brought the War on Drugs and so the end of such research. Some say the baby boomers who embraced psychedelics in the 60’s, didn’t want their kids doing them. But now that they are older and have fond memories of their former years, public opinion on has once again shifted. In the last two decades or so, a resurgence of research in LSD and psilocybin—the active ingredient in magic mushrooms, has occurred.

A 2006 study out of the University of Arizona found that psilocybin helped reduce the symptoms of obsessive-compulsive disorder (OCD). Research at both UCLA and NYU have helped relieve the anxiety of cancer patients using psilocybin. A small 2014 study found that LSD reduced feelings of anxiety permanently from those suffering anxiety disorder. A British study last year found that psilocybin decreased depression symptoms without any serious side effects. Other studies have shown remarkable results.

In one, published in the Journal of Psychopharmacology, 10 alcoholics given psilocybin. It reduced cravings even months after treatment. In a 2014 Johns Hopkins study 15 smokers were given psilocybin. 12 out of 15 remained smoke free at the six month follow-up. There is some evidence that the hallucinogenic drink Ayahuasca can help with anxiety and depression, according to Evan Wood. He is a psychiatric researcher at the University of British Columbia. Also MDMA, the active ingredient in Ecstasy, may help ease the symptoms of PTSD.

Wood says psychedelics allow an individual to feel a spiritual or mystical experience. They often have profound realizations about themselves, and it is through this that they are able to transform, and drastically change their behavior. Wood says the standard procedure for conditions like depression or anxiety, or even addiction is certain prescription drugs. These are considered lifelong chronic conditions. With psychedelics however, one dose is effective long-term. Though Drug War propaganda would have you believe that such drugs induce permanent insanity, a recent review in the Canadian Medical Association Journal found no lasting effects.

Some patients today, who struggle with anxiety, depression, or even things like migraines, are taking matters into their own hands and microdosing. This is not “tripping” but taking a tiny sliver of the recommended dose in order to get an uplifting effect, without any significant side effects. No hallucinations are induced. Psychologist James Fadiman is a pioneering researcher in psychedelics who came up with microdosing. To do it with LSD for instance, one would take one-tenth of a normal dose, around 10-20 micrograms, rather than the 100-200 micrograms needed to “trip.” The microdose would be ingested once every four days in the morning. Just take it and go about your day.

Some patients are doing it to alleviate anxiety or depression. They believe this type of treatment is better than the current pharmacological approaches. A writer for the website Refinery 29 recently wrote about microdosing psilocybin mushrooms for migraines.  She takes 1/100t of a dose, about 0.2-0.5 grams. A growing number of psychedelic enthusiasts are even microdosing to get creative ideas or solve problems in the work space. Wouldn’t the hippies be horrified? Rolling Stone recently uncovered this trend among young professionals in Silicon Valley.

Still, one must understand that currently there is limited research and most of the studies have been small. Another problem studying such things as LSD, such a low dose in the system is hard to detect, and so it’s effects difficult to objectively deduce. According to Fadiman, when coupled with yoga or meditation, troubled patients say with depression or anxiety sleep better, eat better, and generally feel better after taking psychedelics. Fadiman has gathered hundreds of testimonials, and is aiming for an FDA approved study. Even with some promising data in hand, most medical professionals say that hallucinogenics are dangerous and highly illegal.

Even so, with the opioid addiction epidemic raging, and the prevalence of depression and other serious disorders, many believe that microdosing psychedelics may be the future of mental health and addiction remediation, and the medical community need only shed their prejudices and catch up.

To learn more about the so-called psychedelic renaissance click here: