Half of All Languages Come from One Root Language. How it Spread Is Something of Debate

Compelling evidence makes the case for both the Steppe and Anatolian Hypotheses. 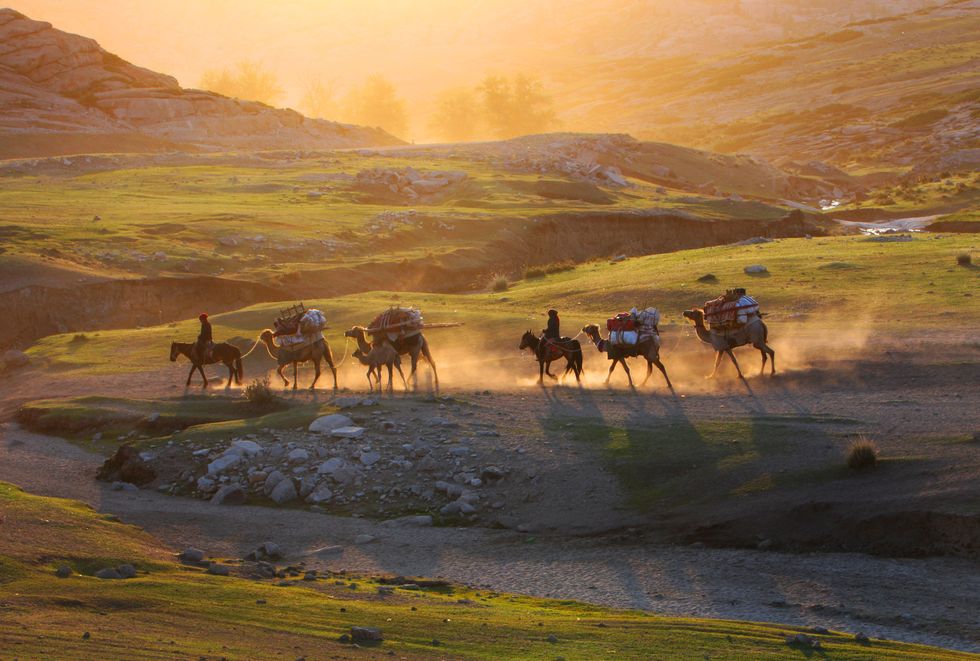 Nomads in Kazakhstan near the Chinese border. Getty Images.

The sheer variety of languages on Earth is dizzying in their array and divergence. What’s more intriguing, is that about half of them spoken today by some three billion people, come from a single root language, used thousands of years ago. Hindi, Bengali, Persian, English, German, Spanish, and Greek, all come from the same root, known as Proto-Indo-European (PIE). In total, 400 languages and dialects originate from PIE.

German linguist August Schleicher reconstructed its vocabulary back in 1868. He wondered what PIE sounded like. So he created a fable called “The Sheep and the Horses.” Over the years, as more information has been unearthed about the Bronze Age cultures who spoke this language, the fable has been updated. Of course, scholars argue over what PIE actually sounded like. Nothing is definitive. But we have an approximation.