Feeling Lonely? You might be self-centered, says new research

These findings fit in with an overarching evolutionary theory on loneliness. 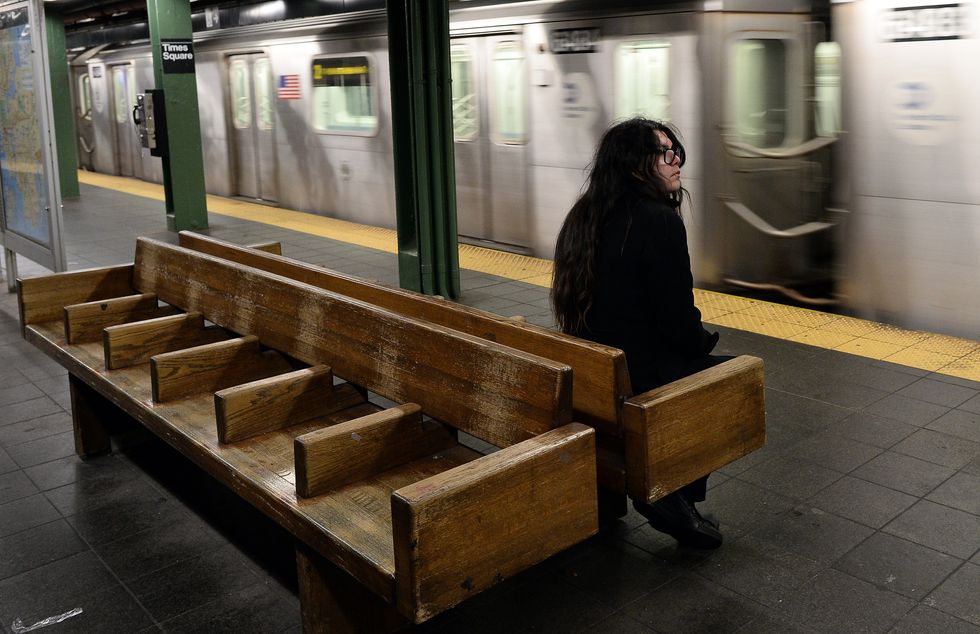 Loneliness is usually a difficult emotion to divulge. We want to project to others that we have a vibrant and fulfilling social life. Of course, we all get lonely sometimes, but some far more often than others. Usually, divulging that one is lonely elicits compassion, empathy, or even pity on the part of the listener. But perhaps they shouldn't feel so, according to one long-term study out of the University of Chicago. It finds that those who are chronically lonely are more likely to be self-centered. The findings of the study were published in the journal Personality and Psychology Bulletin.

To conduct it, researchers had 229 volunteers visit their lab once a year for 10 years. Each time, they were made to fill out a number of questionnaires. These contained questions about a volunteer's mood and experiences with aspects of certain disorders, such as depression. The battery of paperwork included the Chronic Self-Focus scale (to determine how self-centered they were), and the Revised UCLA Loneliness Scale (which assesses loneliness and social isolation).

The study started during the 2002-2003 year. At that time, participants were ages 50-68 and either Caucasian, African-American, or Hispanic. They all came from Cook County, Illinois and were the three most prominent racial groups in that region at the time What researchers found was that loneliness increases self-centeredness. While self-centeredness in turn, increases loneliness—but to a far lesser extent. Those who reported higher levels of loneliness one year, usually reported higher levels of self-centeredness the next. So researchers believe the two emotions are mutually connected through a positive feedback loop.

There's a growing number of seniors who are lonely and socially isolated, which is detrimental to their health. Credit: Getty Images.

This study investigated a pioneering theory on loneliness posited by the U of Chicago's John Cacioppo, who led the study. He's a distinguished professor in psychology and the director of the Center for Cognitive and Social Neuroscience. “If you get more self-centered, you run the risk of staying locked in to feeling socially isolated," he said in a press release.

While loneliness motivates someone to take steps to better their social lives, it also gives them a tendency to increase focus on their own interests, which might further solidify the problem. Besides a poorer quality of life, the chronically lonely endure poorer psychological and physical health and over time, even develop abnormal personality traits.

They also have higher mortality rates than those with good social connections. This is the first study to test Cacioppo's theory on loneliness and self-centeredness. While this relationship was assumed, researchers were surprised to learn that self-centeredness also increased loneliness.

Though the risks for the chronically lonely are significant, there's good news too. This research offers insight into how to help the chronically lonely break out of their negative spiral. “Targeting self-centeredness as part of an intervention to lessen loneliness may help break a positive feedback loop that maintains or worsens loneliness over time," researchers wrote.

Feeling isolated at work or in our commute is an increasingly common and widespread problem. Credit: Getty Images.

One drawback, the study didn't prove causality. There may be another factor affecting both loneliness and self-centeredness. Even so, researchers say it suggests causality as depression and overall mood weren't affected by this positive feedback loop. The findings coincide with a growing neurobiological view that emotions have evolutionary functions. Loneliness these authors state, “is part of a warning system that motivates people to repair or replace their deficient social relationships."

This squares with the emotion's evolutionary aim. Those who cannot relieve their loneliness naturally become more self-centered in order to better look after their own welfare. This helps the person in the short-term, but harms them long-term. “This evolutionarily adaptive response may have helped people survive in ancient times," Cacioppo said, “but in contemporary society may well make it harder for people to get out of feelings of loneliness."

Today, more and more people are dealing with chronic loneliness. Former Surgeon General Vivek H. Murthy calls it a public health crisis. In a recent piece in the Harvard Business Review he said that partly, how we work is to blame, as with many of our coworkers, we feel they're acquaintances rather than real confidants we can depend on. Since we're spending so much more time at work these days, it's beginning to affect us. This latest research should help us get a better grasp on loneliness as a public health problem and aid in the development of interventions to combat it.

Want to know how loneliness effects your health? Watch this: