Does taking photos for social media enhance or degrade an experience?

It all surrounds your outlook on the self-presentation process. 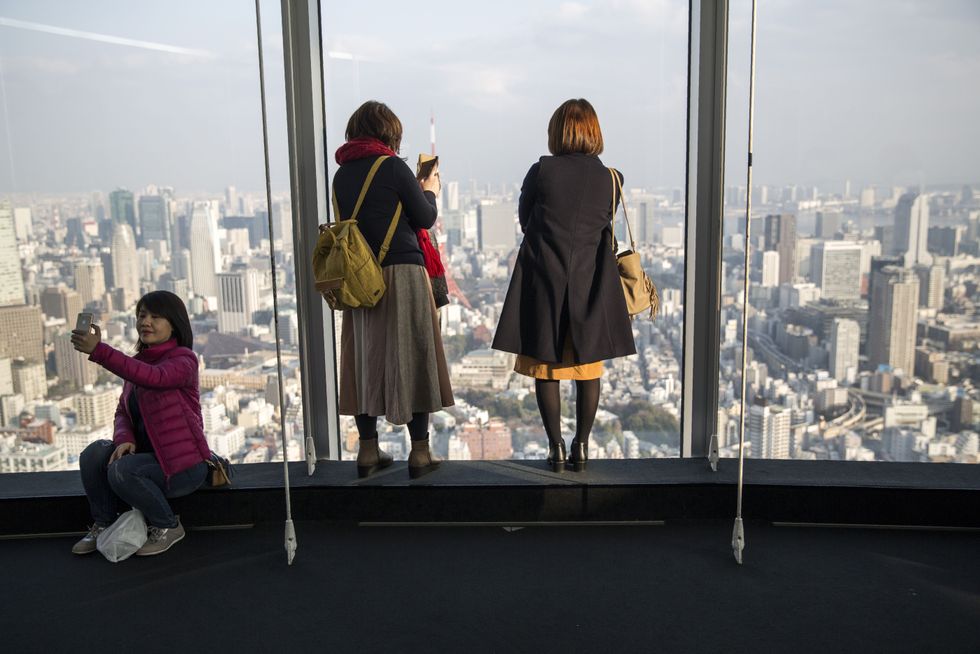 Go to any landmark, concert, sporting event, or restaurant today, and you’ll see dozens of people taking selfies and other photos to post on their social media. It’s both ubiquitous and to some, automatic. What few ask themselves is whether or not such an action improves or reduces their enjoyment of an experience. Having meaningful experiences in life is important for our well-being, both personally and inter-personally, research suggests. And in the end, isn’t that the sum total of our very being, our experiences and memories?

According to a recent study, co-authored by NYU Stern Professor Alixandra Barasch, taking pictures for social media’s sake degrades our enjoyment of that experience, and so we’re less likely to recommend it to others. This has implications both for individuals and businesses. Barasch teamed up with her former mentor Gal Zauberman at Yale University and Kristin Diehl, of the University of Southern California (USC). Their finding were published in the Journal of Consumer Research.

The researchers conducted five experiments total. I spoke with Prof. Barasch recently about them. Two comprised of surveying people at tourist attractions. The other three were volunteers taking part in virtual experiences in the lab. In the first study, researchers surveyed tourists in line at the bottom steps of the Philadelphia Museum of Art. They were waiting to take a picture with the Rocky statue. This is one of the top rated things to do in Philly, according to TripAdvisor.

In the second field study, research assistants surveyed students in cap and gown during graduation weekend on the campus of the University of Pennsylvania. Each respondent took a photo with the Love sculpture, a smaller replica of the one found in in Philadelphia, New York, and many other cities. “We measured the self-presentation process,” Barasch said. “People trying to get that perfect photo for Facebook or Instagram, and those who were taking part in the hashtag the university was promoting, ended up enjoying themselves less than those who were taking photos for their memories.”

The Rocky statue outside the Philadelphia Museum of Art. Credit: Antonio Castagna, Flikr.

In the three computer-based portions, volunteers went on a virtual tour. The three scenarios were a London bus tour, a walking tour of a small town in France, and a safari. “It’s actually through the first person perspective, so people feel like they’re going on a bus tour or walking through a new city,” Barasch said. “And they take photos just as they would in real life.” Once again, researchers looked at respondents’ goals when taking photos, whether it was for social media or their own memories, their anxiety level, and how much they’d enjoyed the experience.

Next, they broke down all the participants in each study into two groups, those who took photos for their memories and those who did so for social media. Barasch and colleagues once again looked at how much members of each group enjoyed themselves, their anxiety level, and what kinds of photos they took. Barasch and colleagues focused on each respondents “self-presentational concerns.” The self-presentation process (coined for the paper), borrows from psychology.

Those who are overly focused on how they're portrayed on social media, tend to have more anxiety about how they look in the eyes of others, and are more self-conscious. The reason taking photos for social media causes a decline in enjoyment is, it increases anxiety about how one is being presented. The person becomes preoccupied with how to make a positive impression and can no longer live in the moment. “It’s an emotional and a cognitive process,” Barasch said.

I asked her what a person can do to safeguard against degrading their own worthwhile experiences. “I’ve been trying out the separation between photo-taking and sharing. Some of that comes from moving away from our smartphones to take photos.” She suggests snapping pictures using a digital camera, a point and shoot variety, or for serious photographers, an SLR model. “Polaroids are making a comeback,” she added.

On really important days such as a college graduation, it’s best to just enjoy the experience and then post your photos later on. Credit: Maryland GovPics, Wikimedia Commons.

“I’m not saying to forgo the sharing process,” the professor clarified. “I think that gives us a lot of pleasure when we get feedback from our friends and share the experience with others. What I’d like is for people to take photos without that goal in their mind. Have the experience and then share the photos later on.” We all tend to take a million pictures at any particular event anyway. Perhaps going back and selecting the perfect ones to post, could rather elongate a good experience and make it more enjoyable and less harrowing.

My general takeaway for marketers and businesses is to try not to make the sharing goal salient for people right when they walk into an experience. You see more and more hashtags on walls of establishments and the menus of restaurants. Move that activation process to when customers are finished or when they’re leaving or finishing their meal or when they’ve already made their purchase, because that allows people to be more in the moment.

The results of this study give us a snapshot of just one of the ramifications ubiquitous social media has had on people and society. We forget this almost all-pervasive phenomenon is actually very new. At first, it wove itself into our lives unobtrusively and it's now influencing an entire generation, who can't remember a time without it. The goal in Western Civilization used to be to become a completely self-actualized individual and innovate. And is the goal now to become the darling of the crowd, perpetually seeking approval? And if so, what does that do to individuality?

“There has been some homogenization,” Prof. Barasch concedes. “What people are doing in these contexts to get likes and comments, maybe we develop less of our unique personality as a result. It’s a tension that many people feel, wanting to be a unique individual and wanting to become part of a community. Finding that sweet spot is difficult. I’m sure that millennials can relate to this, especially. Everything they do now becomes part of pass consumption.”