Autoimmune disorders--what do we know about them? Turns out not much. Why are they increasing? Our squeaky clean environments and lack of contact with bacteria may be the reason. Fortunately, recent breakthroughs have brought new treatments, and a cure might even be on the horizon. 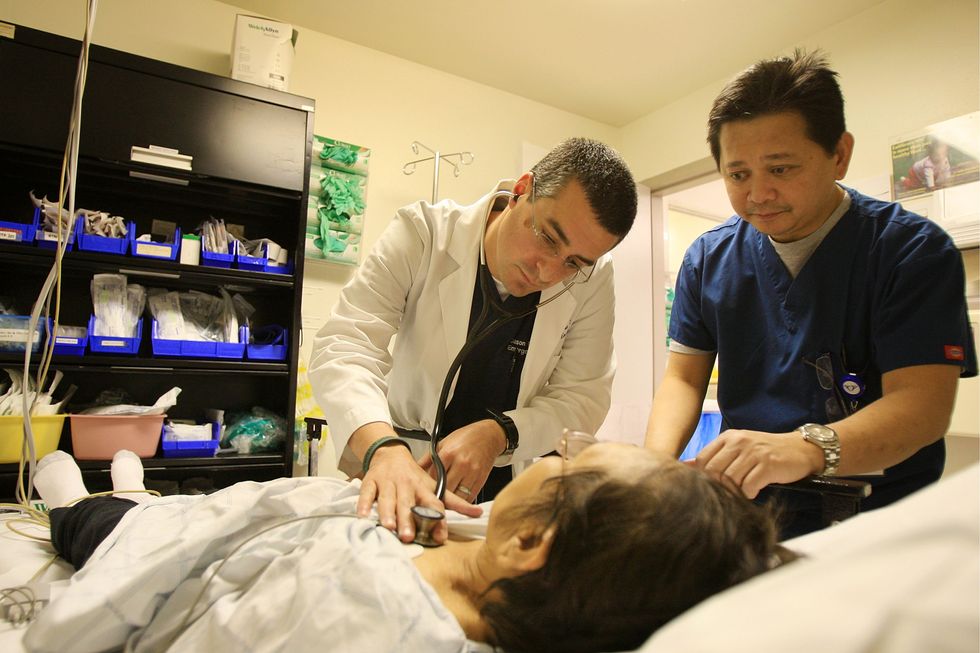 For sailors, a mutiny was one of the most harrowing and fearsome events, though if a sea captain was a tyrant, it could be justified. In the military and in government circles, treason is considered one of the most heinous crimes. It can see you put to death in many countries, and have your name maligned for generations. We’re looking at you Benedict Arnold! But what about when your own body turns against you, the ultimate form of treason? For 50 million Americans, this is their reality. They suffer from what is known as an autoimmune disorder.

Over 80 conditions fall into this category, 150 total if you count the rare varieties. This is when the body’s own immune system goes haywire and begins producing antibodies that attack healthy tissue, mistaking it for a foreign invader. Between five and eight percent of people living in the U.S. experience such a condition. That’s about 20% of the population. Common disorders include lupus, rheumatoid arthritis, inflammatory bowel disease (IBD), multiple sclerosis (MS), type-1 diabetes, asthma, allergies, and psoriasis. In truth, autoimmunity can affect any organ or tissue in the body. Cases have been increasing in recent years, though scientists are unsure why.

Science has no clue currently what causes the immune system to act this way. One theory is called the hygiene hypothesis. The idea is that since we in developed nations live in tidy, antiseptic environments and don’t come into contact with bacteria that often, our immune systems aren’t sufficiently trained and so have a higher likelihood of breaking down and attacking the body.

Diagram of an antibody.

Such conditions usually strike women of childbearing age. These so favor females that at least one nonprofit says it should be treated as a woman’s health issue. There is a racial element too. Hispanic, African-American, and Native-American women are more prone to such conditions than Caucasians. Those who have a family history of a certain disease are at higher risk. Genetic factors however do not sentence one to such a fate. It will remain latent until something triggers it. Perhaps an infection or certain environmental factor. Usually symptoms come and go, but many conditions are progressive, even debilitating, leading to high medical costs and a hampered quality of life.

Currently, there is no cure. Autoimmune suppressing drugs are the most common treatment. This is dangerous however, for if the immune system is suppressed too far, it could leave the patient vulnerable to infection. These drugs also disrupt normal bodily systems and even make the patient more prone to tumor development. Steroids, physical therapy, and in extreme cases surgery are other options. Researchers are on the lookout for better ones. Thanks to advancements in stem cell and genetic research, biologics are now on the scene, and being used to treat cancer as well as autoimmune disorders. These are drugs that use the body’s own systems to help fight disease. Anti-TNF agents are one such type. These inhibit the tumor necrosis factor (TNF) which is essential to the development of inflammation.

Monoclonal antibodies is another method. These are molecules that mimic our actual antibodies, as a way to reconnoiter the immune system. These drugs are quite new, and must be given intravenously. That and the high cost have caused some patients to shy away from them. However, nine medications have recently been introduced, which have a good safety profile and are effective in significantly reducing symptoms in some patients.

Tissue and organ engineering is seen as another avenue for overcoming autoimmunity. Also, stem cell transplantation shows promise. Here, normal immune cells can be fashioned to replace those attacking the body, and in this way rework the immune system. Researchers are also discovering new biomarkers for these conditions, which should help them to determine what stage the disease is at, how active it is, how far it has progressed, and which therapy should return a sufficient response. These may even help develop new targets for therapy.

Three relatively new studies may have each found a pathway to reigning in or even eliminating these ghastly conditions. One study out of the National Institutes of Health (NIH) was led by Shimpei Kasagi. T-cells are the enforcers of the immune system, out to whack any disease causing pathogens in their way. In the NIH study, researchers fashioned specialized T-cells called regulatory T-cells, or Tregs which could eliminate faulty T-cells while preserving good ones. The experiment was successful in mice. But that doesn’t mean it will be in humans. If it is, it could provide what immunologists call the “holy grail” of treatment, leaving the immune system intact while eliminating the bad players in it.

A research team at the University of Bristol in the UK has discovered a way, not to eliminate aggressive cells, but to reprogram them. This type of therapy has been successful with allergies, what is known as “allergic desensitization.” The theory behind this new therapy is a century old. Here researchers offered a tiny amount of myelin—the protein which makes up the membrane that covers nerves. Affected T-cells attack this membrane, causing M.S. The team was able to convert aggressive cells back into protector cells. A third research team at Brigham and Women's Hospital (BWH) identified NAD+ (Nicotinamide adenine dinucleotide), a compound they say can also convert aggressive T-cells back into protective ones. These aren’t the end all and be all of the story, but there is hope that one such approach may someday lead to a cure to one, or perhaps all autoimmune disorders.