Cognitive Offloading: How the Internet Is Changing the Human Brain

We are only just beginning to understand how easy access to information is reshaping how we think. 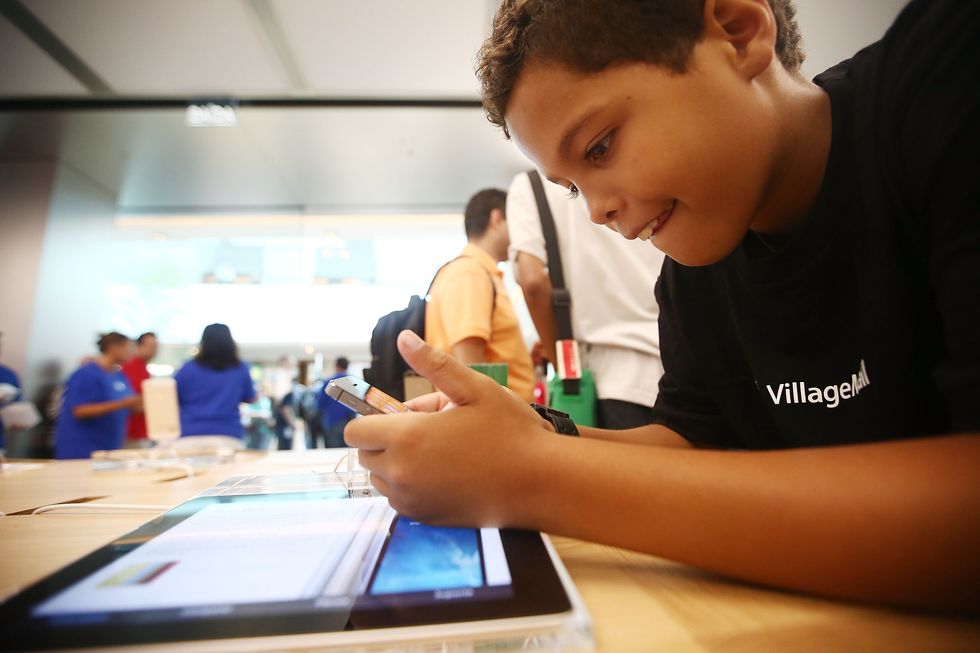 Boy uses a smartphone and tablet rather than interacting with classmates.

Do you remember what a struggle it was to remember the name of a certain actress, the kind of car you drove a decade ago, or what year a historical event took place? Fortunately, with the internet, the answers are right at your fingertips, at all times. Though the ease of acquiring information in the modern world has improved our lives in so many ways, it is also changing how our brain works and processes information. Some wonder when taken altogether, whether the results are better or worse for us. A new study published in the journal Memory looks into the process of “cognitive offloading,” or relying on Google, GPS, and other external devices for what we used to use our memories for. It considers the impact on learning and problem solving as well.

This was a collaborative effort among researchers at the University of California, Santa Cruz along with those at the University of Illinois, Urbana Champaign. They wanted to determine how likely it was for a group of participants to reach for their smartphone when asked a series of questions. First, participants were split into two groups. Each was given a number of trivia questions. One group was able to use Google while the other had to rely on memory alone. In the second phase, simpler questions were posed, and both groups were allowed to use their phones if they wished.

Those who were allowed to Google answers initially were more likely to rely on the search engine to answer subsequent questions, even if they were easier. In contrast, those who relied on their memory were more likely to think about second phase questions before reaching for their smartphone. Memory reliant participants were also quicker at answering trivia questions overall. Another find, those who used the internet did not attempt to answer one question from memory, even a simple one. Benjamin Storm was the lead author on this study. According to him, the results were clear. “As more information becomes available via smartphones and other devices, we become progressively more reliant on it in our daily lives.”

The internet may be shortening our attention spans and memory, impacting education and learning.

The term cognitive offloading was developed by Canadian researcher Evan F. Risko and his British colleague Sam Gilbert. According to them, this is a process that has been going on for centuries or more. For instance, for decades now we’ve been using calculators to do our finances, and writing down important dates in a calendar. But no technology has altered how we think quite like the internet. So this begs the question, what might this be doing to our brains?

Through their studies, Risko and Gilbert found that people will use technology when they believe it is superior to their own capabilities. Though we may believe offloading hurts our memory, people do need these devices because we are “capacity limited.” So such devices allow us to “subvert our cognitive limits,” according to researchers.

Even so, there are disadvantages. One worrisome one, cognitive offloading may be making our life experiences less vivid in our memories. Consider this. One study allowed visitors to a museum to take pictures of certain exhibits using digital cameras. Researchers discovered that being able to take photos of what they saw made subjects less likely to remember the details about them. They were much better at remembering objects which weren’t photographed over those that were.

Our devices can cause us to miss the depth and breadth of some of life’s best experiences. (Students in the Eiffel Tower)

We know for a fact computers are rewiring our brains. One study using brain imaging technology showed that receiving reminders for an event actually changed activity inside the brain. Though cognitive changes are occurring, most of us aren’t aware of them. That’s not the case for Atlantic writer Nicholas Carr. He says he notices it when reading. Carr’s writes about this in his article, “Is Google Making us Stupid?” which was developed into a book, The Shallows: What the Internet Is Doing to Our Brains. Carr does credit the internet for making research that used to take days available in mere minutes. But what we get comes at a cost. Carr believes focus and deep contemplation are what we are giving up. Furthermore, we may be better at multitasking, but creativity could be suffering.

Several other writers mention in the piece say that they used to be voracious book readers, yet cannot seem to focus and follow along anymore, preferring to do all of their reading online instead. Today, people may be reading more than decades ago. But according to Maryanne Wolf, a developmental psychologist at Tufts University, we read differently. We skim, wanting immediate information but missing deeper context, varying interpretations, and some of the richer portions of the reading experience.

Ever focused on technology, we sometimes miss an opportunity for deeper contemplation.

Though the brain is ever malleable and able to rewire itself to any situation, almost instantly, it will take some time before neurologists know exactly how the internet has altered the brain’s makeup and what it might mean for cognition. We haven’t even mapped the entire organ, yet. So deeper understanding will take time. Still, there are a lot of indicators to how the ubiquity of the internet is changing how we think.

Of course, people have been calling new, disruptive media technologies the downfall of civilization since the invention of the printing press in the 15th century. If anything, it spread learning and made the world far more sophisticated. What we need to find out is where technology improves our experiences and where it doesn’t. Having a more intimate understanding of this will allow us to find the best places to use technology, such as remembering mundane facts and figures, while barring it in certain areas, such as museums, so that people can get the most out of life’s finer experiences.