Cannabis Compound to Be Reclassified as Medicine in the UK

Studies have shown that cannabidiol (CBD) can help with epilepsy, heart disease, diabetes, and even schizophrenia. 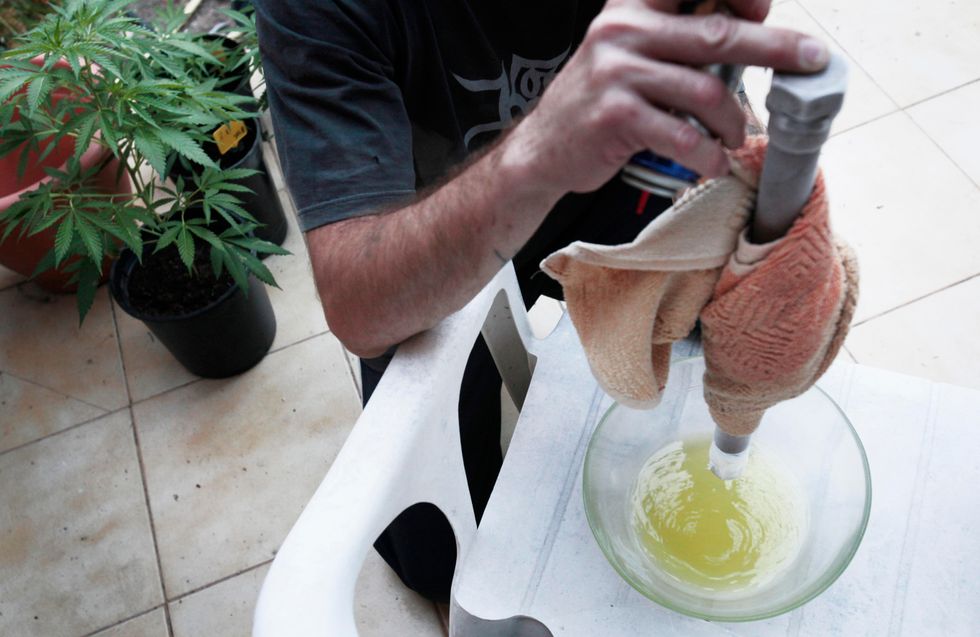 Cannabinoids are certain chemical compounds found only in cannabis. Delta-9 tetrahydrocannabinol is (THC) is the most commonly recognized. This is what gives users that telltale euphoric feeling. THC may also play a role, should medical marijuana continue to become mainstream, as a painkiller. In fact, one study found that those states that passed a medical marijuana law saw a drop in opioid painkiller-related deaths.

THC can ease nausea, while inducing sleep as well as appetite. This is why Marinol—whose active ingredient is THC, is prescribed to certain cancer patients undergoing chemotherapy. There is some indication that it may have anti-cancer properties. Far more studies will need to be conducted to tell whether or not this is so.

Though THC itself may have some medical uses, this isn’t the most exciting of the cannabinoids from a medical standpoint. Rather, cannabidiol (CBD) is the one advocates push for. It has no psychoactive properties, yet may have a number of clinical uses. Initially, interest grew across the US and the world in the wake of a CNN special. Children with rare but potentially deadly forms of epilepsy, such as Dravet syndrome, were seeing dramatic turnarounds after taking CBD oil.

The TV special centered on Charlotte Figi, a little girl who went from having up to 80 severe seizures per day to a mild one, once a month. Unfortunately, most of the data we have is anecdotal, due to restrictions and red tape which slows down research. In the US, marijuana is considered a schedule I narcotic under the Controlled Substances Act. This means it is among the most deadly substances on Earth, such as heroin and LSD, and has no medical uses. The FDA recently considered rescheduling marijuana, but failed to do so.

Though few, there have been some studies on the substance. And more and more are coming in from overseas. Research suggests that in addition to improving the condition of epileptics, CBD can be effective in treating heart disease, diabetes, schizophrenia, and more. Today, researchers aren’t sure which pathway CBD takes. The most likely is it interacts with the endocannabinoid system, a series of receptors which control cell death and regeneration.

These receptors are found in organs and tissues throughout the body. Despite illegality federally, almost half the states in the US now allow some access to medical marijuana, and most often it’s to CBD. One wonders if the incoming Trump administration will allow such a dichotomy to continue, or plans to clamp down on these states.

Other countries have had similar trajectories. The UK’s Home Office last year, in response to a petition on recreational marijuana, wrote that cannabis “can unquestionably cause harm to individuals and society.” Even so, recently, in that same country, The Medicines & Healthcare products Regulatory Agency (MHRA) announced a policy change, reclassifying CBD as medically useful rather than a dangerous substance. This wasn’t due to the activism on the part of patients and families, such as it was in the states.

Instead, according to Sky News, the director of the MHRA Gerald Heddel said that the change came as a consequence of companies making claims about the cannabinoid’s ability to heal. Heddel stated that after a review of the evidence, it was clear that the change made sense. Up until now, those in the UK interested in CBD either had to move out of the country or source it illegally, as it was only available to those with M.S. Now, manufacturers interested in bringing CBD products to market will need to have them scrutinized by regulators for quality, safety, and effectiveness.

Some patients in the UK fear losing access, while others are afraid such a move may send the wrong message, that cannabis is safe. In their statement the MHRA admitted CBD has a positive effect on “physiological functions.” Yet, the UK is still a long way from legalizing pot for recreational purposes. What’s interesting is this reclassification came at a time when a British company, GW Pharmaceuticals, announced completion of a phase III clinical trial. They tested a CBD-based drug. The trial’s conclusions were highly positive.

To learn more about the debate surrounding cannabis, click here: