Biocentrism Posits That Death Is Merely Transport into Another Universe 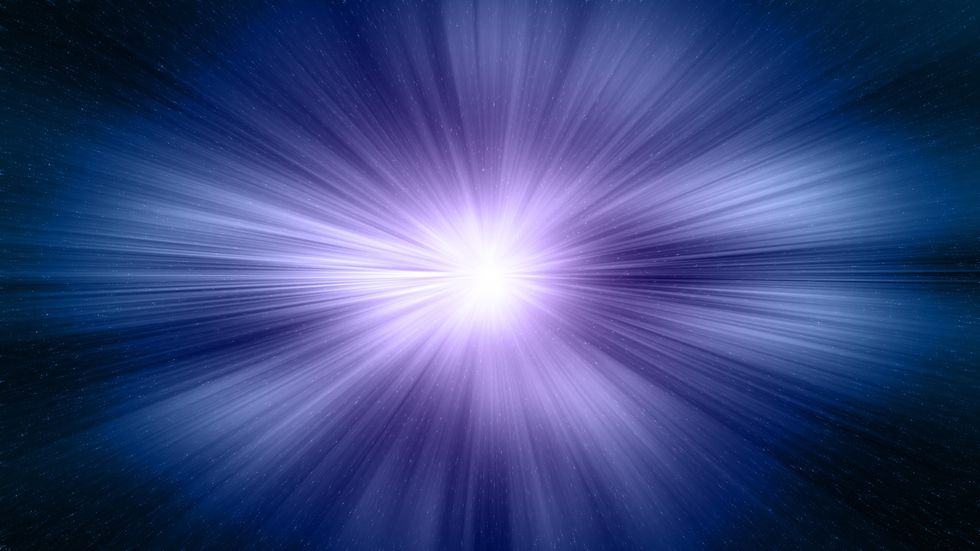 Is death merely a portal into another place in the multiverse.

Swiss Engineer Michele Angelo Besso was a close friend of Einstein’s. Upon his death, the father of relativity said, "Now Besso has departed from this strange world a little ahead of me. That means nothing. People like us ... know that the distinction between past, present and future is only a stubbornly persistent illusion."

We often think of the afterlife as a spiritual or religious belief, when in a way, its pursuit is also somewhat familiar to science. Robert Lanza, M.D. takes things one step further. He thinks we start out with a wrong assumption, that we have it all backward. It isn’t the universe which is supreme, but life. In fact, life and in particular consciousness are essential to the makeup of the universe, he says. Through the theory of biocentrism, he believes he can prove that space and time do not exist, unless our consciousness says they do.

This is an all-encompassing theory which in Greek means “life center.” Though radical, if one day proven correct, it could have ramifications for the study of physics, biology, consciousness, the brain, and even AI. Consider a blade of grass. Your brain through your eyes tells you its green. But what if a neuroscientist could reconnoiter that part of the brain where the concept registers, and make it indicate red or yellow instead? Lanza reminds us that all reality is sensory information interpreted by our brain.

It’s our consciousness that puts our reality together. For instance, space-time in physics is different from how we experience these, separate concepts in real life. Science treats the space-time continuum as a solid principle. According to Lanza they are “simply tools of our mind.” Death too in his view “cannot exist in any real sense.”

Notice how, for instance, when you are a child, days and weeks seem to drag on, while when you get older, they fly by. Time itself hasn’t changed, just our perception of it. Whether the universe actually works the way in which we perceive it isn’t readily known. One of the fundamental laws of Newtonian physics is that energy isn’t created or destroyed, it simply takes another form. The energy trapped in our brain must take another form then, even when a person dies. Meanwhile, our senses tell us that it’s their end. But where does this energy go? In a world with endless space and time, could death really exist? If not, is immortality a phenomenon which occurs within space-time or outside of it?

Dr. Lanza isn’t some newfangled guru. He’s a biotech Zion, and currently, the Chief Scientific Officer of the Astellas Institute for Regenerative Medicine. He’s studying stem cells and their application for treating disease. Previous to this, he did some research on embryonic stem cells and in cloning, both with animals and humans. Lanza is also an adjunct professor at the Wake Forest University School of Medicine in North Carolina.

In quantum physics, particles can be observed in several different states at the same time. This is called superposition. They in fact, exist in all possible states simultaneously. In terms of predicting what a particle will do, nothing is absolute. Each state has its own range of probability. In Lanza’s view, each corresponds with a different universe.

This coincides with the “many worlds” theory, also known as the multiverse. Each universe is thought to operate with its own physical laws. Anything that can occur does, with one possibility playing out in each realm. Our life, Lanza believes, at one stage or another, is occurring across many universes simultaneously. Yet, your life on one world wouldn’t influence your life in another.

What are the chances that death is a portal into another universe?

What has long plagued particle physicists is that observation affects reality. Consider the famous double-slit test. In this classic experiment, physicists observe a particle passing through two slits in a barrier. When the phenomenon is observed, it behaves like a particle, a little cannonball shooting directly through the slits. If it isn’t observed, it performs like a wave, gliding through both openings at once. This shows that energy and matter are made up of both particles and waves, and that one’s mere observation changes its form.

Such inconsistencies don’t prove the existence of the multiverse, however. Yet, through the scaffolding of biocentrism or this new “Theory of Everything,” the physics begins to take shape. Consciousness is an essential force in the universe, according to this theory, which shows why the properties of energy, matter, space, and time, depend on whether or not a conscious mind is observing them. Lanza uses other research to support his view.

A 2002 study of photons or light particles, showed that they communicated with one another. When one photon was guided to a certain place, it was picked up by a detector. Researchers used a scrambler to force it to remain a particle rather than a wave. After one was sent out and reached its destination, the second photon crossed the same space instantaneously. It was as if it knew where it was going, and the knowledge must have traveled back to it faster than the speed of light. Another supporting factor in an entirely different category, is the Goldilocks principle. This is the theory that the universe was made just right for supporting life.

Photons being smashed at the CERN large hadron collider. By ESO/M. Kornmesser [CC BY 4.0], via Wikimedia Commons

Critics argue that unexplained phenomena in physics only occurs on the quantum level. They also point out that there is no direct evidence of the existence of other universes. Several physicists have told Forbes that Lanza’s writings look more like works of philosophy rather than science. The doctor himself states that he is healing a glaring rift, and applying innovative methods from biotech to physics. He also admits his theory lacks a mathematical basis. As such, Lanza’s working on the supporting mathematical structure. Papers are expected to follow in scientific journals.

Another competing theory accounts for inconsistencies in quantum physics by stating that the universe is an illusion. It could be for instance, a projection created by a highly advanced quantum computer. Though still entirely theoretical, biocentrism offers those of us who want to hold onto a comforting afterlife scenario, without giving up a devotion to science, an avenue to explore. In this vein, Lanza wrote, “Life is an adventure that transcends our ordinary linear way of thinking. When we die, we do so not in the random billiard-ball-matrix but in the inescapable-life-matrix. Life has a non-linear dimensionality; it's like a perennial flower that returns to bloom in the multiverse.”