The results have implications for psychology, neurology, robotics and A.I. 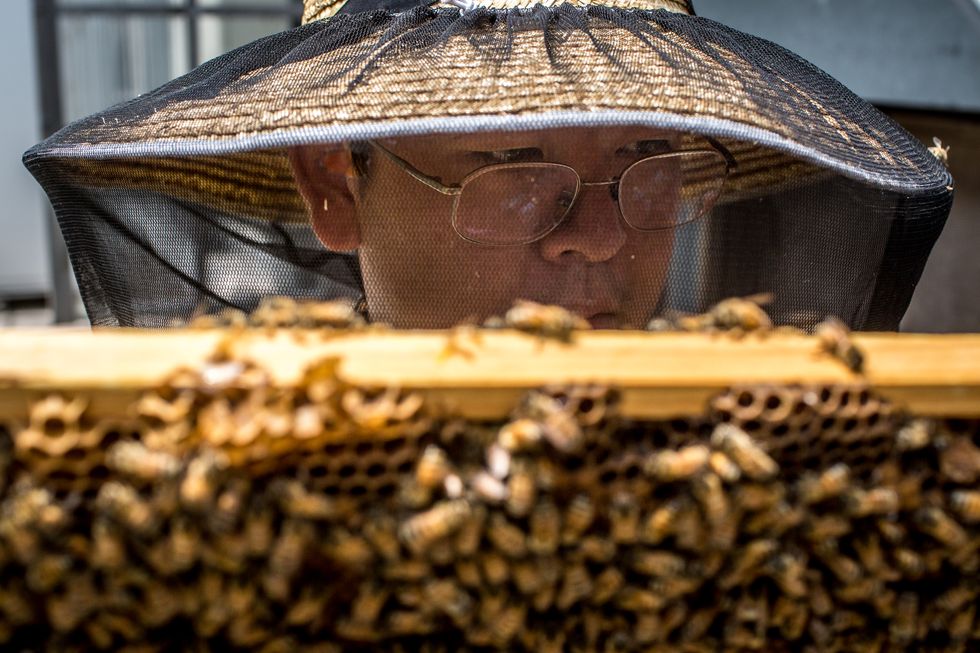 How honey bees as a group decide on things, such as where to build their nest, mimics the operation of the human brain, with each bee in the “superorganism” acting like a neuron in the gray or white matter, researchers at the University of Sheffield, in the UK, have announced. Their findings were published in the journal Scientific Reports. This has implications not only for neurology and entomology, but robotics and A.I. as well.

Psychophysics is the study of how the human brain processes a stimulus through the senses and how it makes decisions based on input. This field has been around for about a couple of centuries. Modern neuroscience has until recently eclipsed it. While the field of psychophysics has been used to better understand how the human brain operates, a few remarkable studies have applied it to other animals, to see if they’re guided by the same or similar processes.

Several species from single celled amoeba and slime molds, to more complex organisms, such as fish, birds, and mammals, display behavior associated with psychophysical laws. But until this study, these laws have only been applied to singular organisms, not superorganisms. Andreagiovanni Reina is a collective robotics researcher in Sheffield’s computer science department. He was the lead author on this study.

Psychophysics studies the relationship between the intensity of a stimulus and its perception in the human brain. This relationship has been explained through a set of psychophysical laws that hold in a wide spectrum of sensory domains, such as sound loudness, musical pitch, image brightness, time duration, weight. Recently, numerous studies have shown that a wide range of organisms at various levels of complexity also obey these laws.

A “superorganism,” colonies of bees are so in sync they actually make decisions much like a human brain does. Credit: PollyDot, Pixababy.

It’s important to note that psychophysical laws apply, not to individual neurons but the brain as a whole. When making decisions, honey bee colonies and the human brain adhere to three different laws. These are Piéron's Law, the Hick-Hyman Law, and Weber's Law. Piéron's law states that humans make decisions more quickly when they have high quality information than when they have low-quality information. In other words, it’s easier to pick between two choices of high quality than of low quality.

Individual bees don’t operate under the laws of psychophysics, but whole colonies do. Credit: Getty Images.

Researchers applied the psychophysical laws to colonies of European honey bees (Apis mellifera) who were going out and gathering information, in order to decide where they should build their nest. Researchers observed them carefully, then took that data and applied the laws to it. The bees sometimes had to pick between high quality and low quality nesting sites, for instance. At other times, they had to select between two high quality sites.

Reina and colleagues concluded that while no individual bee operated in terms of psychophysic's laws, the colony as a whole did. "This study is exciting because it suggests that honey bee colonies adhere to the same laws as the brain when making collective decisions," Reina told Medical News Today.

He added, "With this view in mind, parallels between bees in a colony and neurons in a brain can be traced, helping us to understand and identify the general mechanisms underlying psychophysic's laws.” These findings could help us understand the brain better and may even give us a glimpse at the biological underpinnings of psychological phenomena.

For more on the science behind honey bees, click here.