Are Humans Getting Smarter or Less Intelligent?

We may pay a price for abstract thinking. 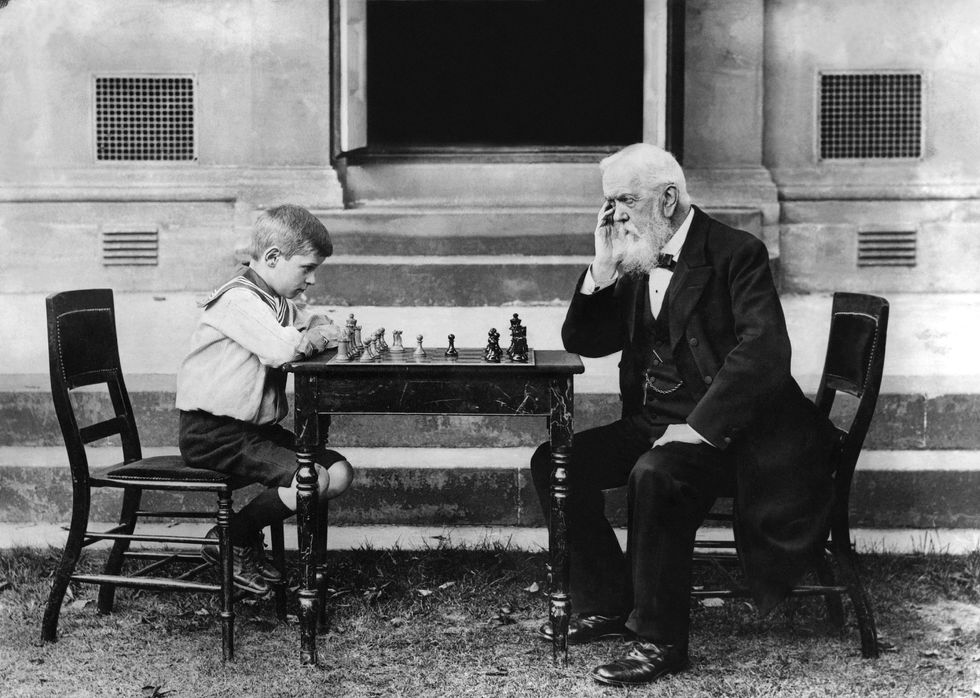 Observe the behavior of shoppers in a long supermarket line or drivers snarled in traffic, and you can quickly become disillusioned about humanity and its collective IQ. Reality TV and websites like People of Walmart inflame this consideration. Lots of songs, both popular and underground, even utter the phrase “only stupid people are breeding.” Apparently, many of us can relate.

And yet, we’re better at technology today than in times past. Never before have we been more productive, better educated, or more technologically savvy. I had a teacher in high school who said that at the time Einstein was considering relativity, few people in the entire world were intelligent enough to understand it. But just a generation later, everyone had the theory in high school and understood it well, or at least well enough to pass the test.

So at different times and in different ways, we get competing impressions as to whether humanity collectively is getting smarter or less intelligent than before. Of course, the problem with personal experience is that it’s myopic or shortsighted. So what do studies tell us? What’s really going on here? Well, things get more complex and thornier moving forward, as they often do.

First, there’s an argument even in terms of what intelligence is. Harvard psychologist Howard Gardner for instance, proposes multiple intelligences, which has been a staple in educational spheres for some years (.  Types include: verbal, logical-mathematical, visual-spacial, bodily-kinesthetic, musical, interpersonal (between people), intrapersonal (understanding your own feelings, thoughts, and beliefs), naturalist (understanding the outdoors), and existential intelligence (understanding the deeper questions of life).

Traditionally, vocabulary was used as a metric for intelligence. Research has shown that it’s highly correlated with IQ. Yet, according to a 2006 study, American’s vocabulary has been in swift decline since its peak, in the 1940’s. There is some controversy however, as vocabulary tests have been shown to hold an inherent cultural bias.

If you look at IQ as the most vital metric, note that it’s been rising globally over time. But that doesn’t tell the whole story. In fact, there’s an interesting trend. IQ has been rising in developing countries, while it may be slowing in developed ones. In a 2015, King’s College London study, published in the journal Intelligence, psychologists wanted to know what shape the world IQ was in. Researchers spent over six decades conducting the study. In total, they collected the IQ scores of 200,000 people from 48 different countries. They found that global IQ has risen 20 points since 1950.

India and China saw the most gains. But developing countries in general have seen a rise, due to improved education and healthcare systems. What follows is known as the Flynn effect, named after political scientist James Flynn. In 1982, he predicted that rising living conditions would improve a people’s collective IQ. A number of studies support the Flynn effect. In the King’s College London study, IQ grew at a more rapidly in the developing world, while the pace slowed in US and other developed countries. Many developing nations may someday close the gap.

Another reason, the human brain continues to evolve toward ever more abstract thinking. Flynn quotes a study looking at rural Russian peasants. The researchers told them, "All bears are white where there is always snow; in Novaya Zemlya there is always snow; what color are the bears there?" Most had answered that since they had never been there, they would not know, or that they had only seen black bears.

Another example is that if you asked someone in the 19th century what a rabbit and a dog had in common, they wouldn’t be likely to point out that they’re both mammals or that they’re warm blooded. Instead, they may say something like, both are furry, or both are used by humans. Here, people rely more on their experiences in the real world, rather than abstract, logical or “scientific” reasoning. Flynn said that this change in our faculties illustrated, "Nothing less than a liberation of the human mind.”

Abstract reasoning helps use build impressive technology and understand how to use it. Getty Images.

Flynn wrote, “The scientific world-view, with its vocabulary, taxonomies, and detachment of logic and the hypothetical from concrete referents, has begun to permeate the minds of post-industrial people. This has paved the way for mass education on the university level and the emergence of an intellectual cadre without whom our present civilization would be inconceivable."

Will we ever reach a maximum in what humans can comprehend? Will environmental changes alter our mental landscape? What about those monumental changes about to be brought on by the second industrial revolution, the coming tidal wave of robots and AI? The answer to all of these is, no one knows.

One thought, older folks usually complain that young people lack “common sense.” When something is gained in nature or in life, something else is often lost as a result. Perhaps, as our thinking grows more abstract, we tend to lose the practical aspects of our faculties. Despite this, as each generation becomes more dissimilar than those past, their newly updated faculties help them to change the world in ever more dizzying, sophisticated, and delightful ways.

Why did humans become so intelligent in the first place? To find out, click here: