Alibaba looks to upgrade the technology used in the Olympics 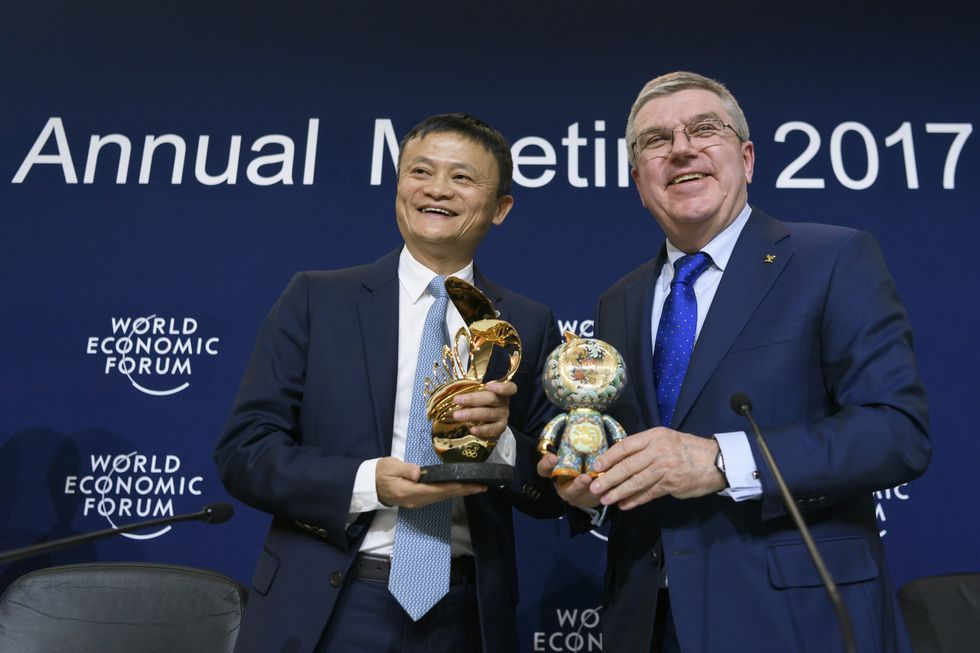 The games may be ancient but that doesn’t mean the tech associated with them has to be. According to a recent Reuters interview with Alibaba’s chief marketing officer Chris Tung, the world’s largest e-commerce retailer looks to bring The Games up-to-date, starting with PyeongChang. It’s sent 200-300 of its people to South Korea to get an understanding of how tech is currently used, and how best to update it.

The International Olympic Committee (IOC) and the Alibaba Group officially announced a partnership on January 19. Alibaba, with eyes toward markets beyond the Middle Kingdom, is one of a shrinking number of big corporate sponsors for this year’s Winter Games. It’s entered into a 12-year deal with the IOC. Founder Jack Ma, CEO Daniel Zhang, and IOC President Thomas Bach made their announcement on January 20 at a press conference held at the World Economic Forum in Davos, Switzerland. Although the actual figure hasn’t been disclosed, Reuters suggests it was in the hundreds of millions of dollars.

Alibaba will be the official cloud and e-commerce services provider for the 2018 Winter Games. But as far as revolutionizing how the Olympics is set up and how operations are administered, they plan to study the PyeongChang Olympics carefully and use what they learn to make some small changes during Tokyo’s 2020 Summer Games, and bigger ones during Beijing’s 2022 Winter Olympics. Facial recognition software and the cloud will be implemented to create a more seamless, immersive experience, according to Alibaba officials.

Alibaba is sending 200-300 representatives to this year’s Winter Olympics to discover ways to better facilitate the event. Credit: Getty Images.

The e-commerce giant is a founding supporter of the Olympic Channel and hopes to help the IOC flesh out other digital opportunities. For instance, Alibaba plans to make the channel friendlier to a Chinese audience. It will also be investigating ways to streamline technical processes, in order to save host cities money on The Games, which has been a growing focus in the media. Ticketing, media, how mobile technology is used, and video services are other areas the e-retailer will tackle. Chief marketing officer Chris Tung announced they were in talks over collaboration with other Olympic sponsors, including Coca-Cola, P&G, Samsung, and Intel. Cost overruns are a particular concern to host countries these days. One of the most expensive parts is building up local data and IT centers from the ground up. Alibaba will focus on ways to improve these processes, making it more cost-effective. An idea growing in popularity is to set up a cloud-based infrastructure that can be reused from one year’s Games to the next.

“Alibaba is proud to empower the International Olympic Committee in a game-changing digital transformation while moving another step closer toward our goal to serve 2 billion consumers,” CEO Zhang said. “We will leverage our experience in serving a young user base to help connect more young people to the Olympic Movement, helping to strengthen our brand through this historic partnership.”

The IOC and Alibaba want to find new ways to attract young people to the Olympics. Credit: Getty Images.

Alibaba wants to raise young people’s interest in The Games, particularly in China but also in other parts of the world. “We believe the best way to engage the younger generation is to create a digital ecosystem that surrounds your life but with relevant information,” Tung said in a press call on Jan 29. Although it’s the world’s largest online commerce company, Alibaba isn’t much of a global brand. Its popularity resides mostly in China.

Their goal now is to reach two billion consumers and tens of millions of merchants and small businesses by 2036. For that, they’ll need to gain significant name recognition outside of China. Alibaba sees the Olympics as one way to help build its brand, globally, at a time when the e-commerce market in China is becoming increasingly more saturated.

At this year’s Winter Games, Alibaba will put up a display in Gangneung Olympic Park, to showcase new concepts for the Olympics moving forward, which will include displays on travel guidance, facial recognition software, content generation, and better ways to purchase souvenirs. As for the IOC, it hopes that this partnership will help wrestle up a higher viewership and increase attendance at the Olympics, as well bring forward new, deep-pocketed patrons. Many have dropped out recently, and the IOC has been scrambling to find new sponsors.