The old saying is you are what you eat. We now know that’s true, in a sense. What you put into your body can indicate what types of diseases you might develop. Those who survive on ultra-processed foods such as ramen noodles, TV dinners, chicken nuggets, French fries, sugary cereals or any of the packaged foods you find at your local convenience store have a higher risk of cancer. French and Brazilian researchers drew this conclusion in a new study published in the journal BMJ.

Researchers found that just a 10% increase in ultra-processed foods led to a 12% higher risk of cancer—in particular, breast cancer. To select individuals for the study, scientists tapped 104,980 participants from a previous French study called the NutriNet-Santé cohort study. 78% of that group were women, and the median age of all participants was 42.8 years. To evaluate their diet, participants visited a lab three times every six months for two years.

Each participant was asked what they had consumed in the last 24 hours. “Dietary intakes were collected using repeated 24-hour dietary records, designed to register participants’ usual consumption for 3,300 different food items,” researchers’ wrote. They evaluated each item and how processed it was using the NOVA food classification. This study is particularly poignant since the global consumption of processed foods is increasing. According to several recent surveys, 25-50% of the daily calorie intake in the US, Canada, Europe, New Zealand and Brazil come from ultra-processed foods. In this study, processed foods made up an average of 19% of the total diets of participants. These findings are particularly worrisome since cancer rates worldwide are climbing. Globally, 14.1 million cancer cases were recorded in 2012. By 2035, that number is expected to rise to 24 million.

In America, around 1.7 million new cancer diagnoses are given each year, and over 609,000 deaths occur as a result of cancer. In fact, cancer is the second most common cause of death in the U.S., right behind heart disease. The good news is that 42% of cancer cases are preventable: 19% are attributed to smoking, for example, while another 18% are related to a person’s diet. Processed foods, in addition to increasing one’s cancer risk, also contribute to weight gain, which can further elevate risk.

Scientists in this study adjusted for related factors such as age, sex, height, BMI, smoking, a family history of cancer, education, and physical activity. They also adjusted for the number of times a woman gave birth, hormonal or oral contraceptive use, and menopausal status. Although the study included mostly women, researchers say male participants showed the same increase in cancer from a high processed food intake.

Note that this was an observational study. As such, it cannot determine a clear cause-and-effect relationship, merely a strong correlation. Another shortcoming is that all the data was self-reported. Even so, the findings are compelling and in line with previous research. Next, these scientists will further evaluate the association between the percentage of ultra-processed foods eaten and incidence of overall cancers including breast, prostate, and bowel cancer. 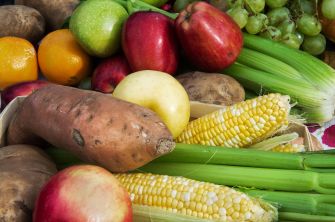 Your best bet? Stick with foods as close to their natural state as possible. Credit: Getty Images.

So what constitutes a processed food? These are items that have been altered significantly from their natural state. Fresh fruits and vegetables, natural meat or fish—that has not been reconstituted—and beans, seeds, and legumes are perhaps the furthest things from it. Processed foods include those that have been changed in significant ways either chemically, biologically or physically.

Usually, ultra-processed foods bear little resemblance to the ingredients they originate from. Many health experts believe it’s the additives and preservatives, usually a long list of chemicals, that are the most dangerous aspects of these vittles. Such chemicals include artificial colors, humectants, emulsifiers, artificial sweeteners, and flavoring agents.

Besides chemical additives, these foods are usually also high in refined sugar, fat—particularly saturated fat, and salt, and low in fiber and vitamins and minerals. Those foods to particularly watch out for include sodas and sugary drinks, instant noodles and soups, fish sticks, chicken nuggets, and other reconstituted meat products, candy bars and sweets, frozen or ready-to-eat meals, sweet or savory packaged snacks, potato chips, and mass-produced, packaged breads and buns.

Researchers conclude that, “Further studies are needed to better understand the relative effect of the various dimensions of processing (nutritional composition, food additives, contact materials, and neoformed contaminants) in these associations.” The findings are also to be verified with subsequent, large-scale studies.

To hear a podcast about these findings with one of the study’s researchers, click here.

Related
Starts With A Bang
The path forward for astronomers and native Hawaiians
A history of injustice and the greatest natural location for ground-based telescopes have long been at odds. Here’s how the healing begins.
Thinking
“Give a f***, actually”: The surprising benefits of being grateful for things you dislike
Radical Emotional Acceptance calls on you to celebrate all of life’s emotions — even the negative ones.
Thinking
Visual thinking: How to understand the inner lives of animals
Humans are good visual thinkers, too, but we tend to privilege verbal thinking.
Strange Maps
The world’s longest straight line connects Portugal to China
It’s nearly 20,000 miles long.
The Well
This is what the fourth dimension looks like
Left–Right, Back–Forth, Up–Down. What’s the fourth dimension?
▸
3 min
—
with
Brian Greene
Up Next
Technology & Innovation
A test for autism is on the horizon, powered by A.I.
Research has shown that early intervention can make ASD more manageable.