The Harvard psychologist loves reading authors' rules for writing. Here are his own.

1. Reverse-engineer what you read.

2. Prose is a window onto the world.

2. Prose is a window onto the world. Let your readers see what you are seeing by using visual, concrete language.
— Steven Pinker (@Steven Pinker)1547397620.0

5. Beware of the Curse of Knowledge.

Interlude: Steven Pinker's take on human nature. Is it evil? Against chaos: The world is a hard place, but maybe humans aren't ...

9. Save the heaviest for last.

Interlude: Steven Pinker's take on libertarianism (at any age, it's marginal). 13. Find the best word, which is not always the fanciest word. Consult a dictionary with usage notes, and a thesaurus.
— Steven Pinker (@Steven Pinker)1547397627.0

Want to dig further into Pinker's writing style? Here's the book he wrote on the subject. Enjoy! 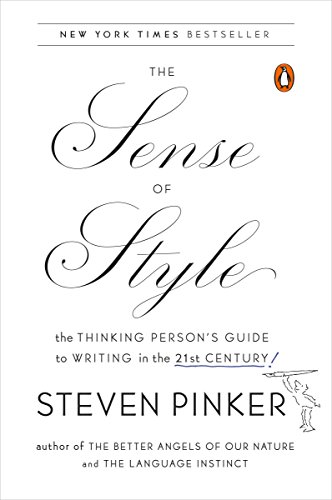 The Sense of Style: The Thinking Person's Guide to Writing in the 21st Century
List Price: $18.00
New From: $6.00 in Stock
Used From: $8.08 in Stock
From Your Site Articles
Related Articles Around the Web
steven pinker communication literature productivity storytelling learning writing