Is Now the Right Time to Invest in Bitcoin, or Should You Stay Away?

The cryptocurrency bitcoin has been surging in the stock market. How does bitcoin work and will its success last? 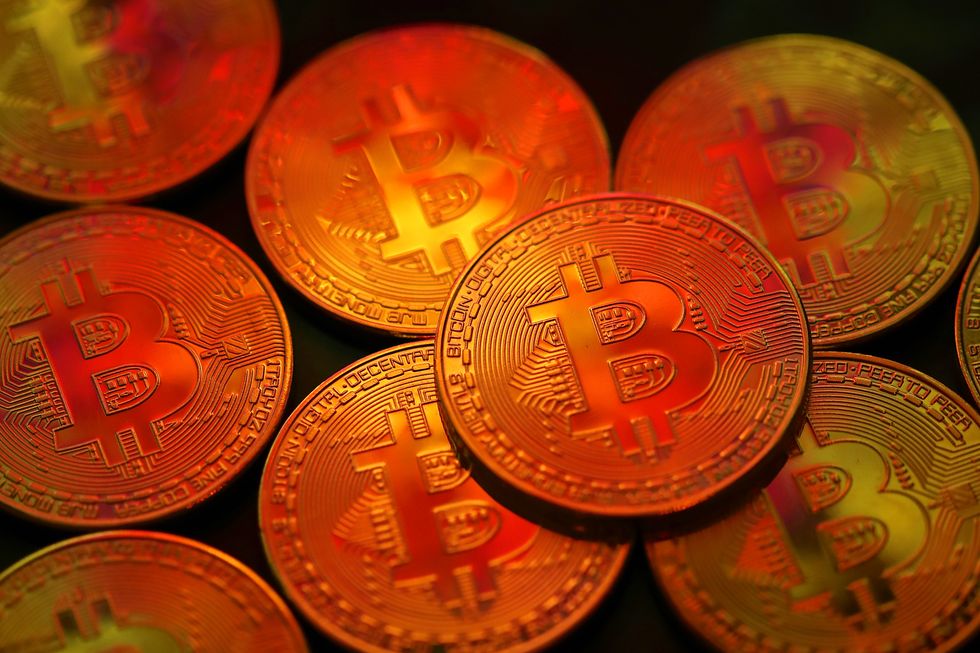 A visual representation of the digital Cryptocurrency, Bitcoin on October 24, 2017 in London, England. (Photo by Dan Kitwood/Getty Images)

The cryptocurrency Bitcoin has been making news for its seemingly unstoppable rise in the stock market this year. It has gone from being priced at less than $1000 per coin at the start of the year to currently passing $17,000 per one bitcoin. It also seems to not be slowing down any time soon, with analysts predicting the stock price to rise as high as $20,000 in the short term. Some investors, like Social Capital’s Chamath Palihapitiya, think the price will reach $100,000 per coin in the next three to four years and can go up to a million dollars per coin in the next 20 years, is what he told CNBC.

So what is bitcoin and, most importantly, should you put your money into it?

Bitcoin was created to work as peer-to-peer electronic cash. It’s not actual, physical money. Bitcoin transactions are public digital messages, signed by using cryptography, that are sent to the whole Bitcoin Network to be verified. The transactions are kept in a digital ledger called “the blockchain”.

As explained in a paper by Satoshi Nakamoto, the mysterious supposed creator of bitcoin, an owner can transfer a bitcoin to another by “digitally signing a hash of the previous transaction and the public key of the next owner and adding these to the end of the coin.” To verify the transaction, a payee can verify the signatures to see the chain of ownership.

Here’s a thorough video on how the tech of bitcoin and other popular cryptocurrencies like Etherium, works:

Where can you buy and trade bitcoin? On exchanges like Coinbase, which has become the preeminent market for the cryptocurrency. The number of Coinbase accounts grew recently to 13.3 million, with up to 100,000 new customers joining a day.

As you might imagine, a digital currency experiencing tremendous popularity requires computing power to operate. In fact, bitcoins are “mined” - created as a result of math problems crunched by serious hardware. As more bitcoins are mined, the process of their creation becomes more complex, requiring more difficult problems and more computing muscle. It is estimated that each transaction of bitcoin needs as much energy as used up by 9 homes in the U.S. during one day. Over a year, we are looking at something like 31 terawatt-hours. By comparison, more than 150 countries use less energy annually. And the bitcoin network is increasing, threatening an unsustainable energy drain, with predictions saying the required amount of electricity will outstrip all the world’s output by 2020.

Even not taking the mammoth energy consumption into account, not everyone is along for the ride. People, like UBS analyst Paul Donovan, expect the bitcoin bubble to burst with “destructive” consequences in the long term.

"I dislike bubbles because bubbles sucker in large numbers of people and take their money and give it to a small number of people. And that's very destructive in the long term. And I think this is one of the problems that we've got," Donovan told CNBC. "We are now having to start to think about what's going to be the economic consequence when this bubble bursts. And you've got a transfer of wealth, you've got a concentration of wealth, you've got a negative wealth effect — it potentially is disruptive."

The Nobel Prize-winning economist Joseph Stiglitz, for one, thinks bitcoin should be “outlawed”. Why? Because it creates no actual value and it should be the business of the government to create and manage currency, according to the economist.

Mark Cuban, however, seems somewhat open to the idea but cautions you should only invest into cryptocurrencies if you "pretend you've already lost your money" - as he told Vanity Fair. CNBC's Jim Cramer called this type of investment "a pure gamble" - sentiment echoed by Tony Robbins who said investing into Bitcoin is "like going to Vegas".

Of course, such naysaying has not stopped the frenzy and people are investing into Bitcoin in droves. So if you are prepared for a ride, you may want to go for it.