While he was scraping out a life in the woods by Walden Pond, Henry David Thoreau wrote, “I find it wholesome to be alone the greater part of the time. To be in company, even with the best, is soon wearisome and dissipating. I love to be alone. I never found the companion that was so companionable as solitude.”

Many would disagree — living in solitude can be seriously taxing for social animals like human beings. Even Thoreau, famous for his self-imposed solitude, needed people in his life; Thoreau’s mother made weekly visits to give him food and do his laundry for him.

The United States has been in the throes of a loneliness epidemic. In the last 50 years, self-reported rates of loneliness have doubled, which is bad news for public health. Loneliness can cause depression, substance abuse, cognitive impairment, malnutrition, frailty, poor sleep, and slew of other undesirable effects. Loneliness is so bad for you, in fact, that former Surgeon General Vivek McCarthy said that it is associated with a lifespan “as severe as the lifespan you see with smoking 15 cigarettes a day.” 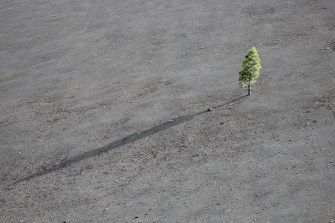 The researchers also found an unusual relationship between loneliness and age. There were three peaks in loneliness: one in people’s late twenties, one in the mid-fifties, and one in the late eighties. Although the study was not designed to explain these results, Jeste offered some speculation: “So the late 20s is often a period of major decision-making, which is often stressful because you often end up feeling that your peers made better decisions than you did, and there’s a lot of guilt about why you did this or did that.”

In your mid-fifties, “You see some of your friends are dying, and really, it’s the first time you realize that your life span is not forever.” And, of course, in one’s late eighties, good friends have or will soon pass away, the end of life is approaching, and financial difficulties may add more stress to an already stressful time. 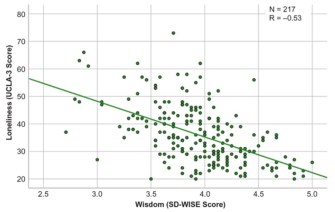 But there was an optimistic finding: The wiser a participant was, the less likely they were to feel the kind of oppressive loneliness that can be so detrimental to one’s health. The researchers measured wisdom through six essential aspects: altruism, a sense of fairness, insight, general knowledge of life, the management of emotions, acceptance of divergent values, and decisiveness.

What can elite athletes teach you about how to win?
The Learning Curve

Unplugging only ignores the hard work of overcoming your distractions.
Up Next
Neuropsych