​Brain training apps and programs have sky-rocketed into a billion-dollar market over the past decade. While the promise of revving up intelligence is certainly alluring, the research as to whether or not they actually do anything for your cognitive abilities is dubious. 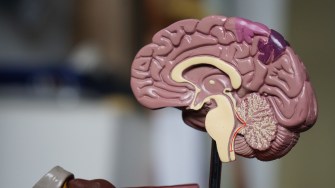 A 2017 study conducted by a team of psychologists at Florida State University sought to learn whether brain training games could boost “working memory” in subjects, and consequently the cognitive abilities of reasoning, memory, and processing speed. One group of participants played a brain-training video game called “Mind Frontiers,” while another group played crossword games or number puzzles.

“Our findings and previous studies confirm there’s very little evidence these types of games can improve your life in a meaningful way,” said Wally Boot, an expert on age-related cognitive decline at FSU who was involved in the study. Another 2017 report monitoring the cognitive skills, brain activity, and decision-making abilities of young adults, concluded that brain-training games “do not boost cognition.”

What brain games likely do is make you better at playing that specific brain game. Learning is the result of two potential processes that happen to neuron cells in the brain. One is called “long term potentiation,” in which already existing connections between neurons are strengthened by firing together in reaction to incoming signals. The other is called “dendritic spine growth.” In this process, neurons form new connections with each other by wiring together through a process in which the surface area of dendrites (antenna-like structures that make up the receiving end of a neuron) increases allowing for more neurons to connect with one another.

In short, “cells that fire together wire together,” and when you play brain games, neural connections in the brain network that are engaged while performing the tasks in the game are strengthened. Thus, you may become a genius at solving a particular word puzzle, but there is little evidence to suggest that you will become any better at other puzzles, let alone enhance your cognitive abilities in general. And because those puzzles are so decontextualized from situations you would likely encounter in real life, they are probably useless.

This was backed up by a 2018 study in which neuroscientists at Western University in Ontario, Canada, investigated if the cognitive skills acquired from brain-training tasks could be transferred to other tasks that engage the same brain regions. They found no evidence to support that idea. In fact, video games may do more for your brain. 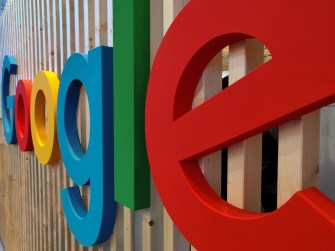 So brain puzzles may not do much to boost IQ, but does the ability to work through brain teasers predict intellect or job performance? Afterall, Google, once notorious for its use of brain teasers in job interviews, decided they were “a complete waste of time” years ago. (A list of some of the tech giant’s interview questions can be found here, for those curious.)

“They don’t predict anything,” Laszlo Bock, senior vice president of people operations at Google, told the New York Times in 2013. “They serve primarily to make the interviewer feel smart.”

The reason is that while the brain teasers may measure how fast an individual can generate a smart or accurate solution to an abstract problem under pressure, they have little to do with future problems the employee will encounter in the job. Furthermore, the environment in which the brain teaser is asked favors certain personality traits that may be irrelevant to job performance and which do not necessarily reflect intelligence. For example, an introvert whose nerves may impede his or her ability to communicate a quick and creative solution in the context of a job interview. Or, perhaps, a detail, sensory-oriented individual whose problem-solving strength lies in tangible and immediate situations rather than abstract imaginings.

The science on brain training games and teasers is a mixed bag. However, if you’re looking for more effective ways to boost your cognition or prevent cognitive decline, here are some that are better backed by research:

Time and again, studies have found a connection between authoritarian ideals and meaning in life — a notion backed up by historical documents.
Up Next
The Present