Our greatest endowment is our intelligence. This intangible, abstract and hard to pin down concept is responsible for everything we do. Our unique human intellect is what has set us apart from our animal forebears and given us dominion and superiority over the planet. Yet, for being such smart primates we still don’t have much of a consensus on how to determine intelligence.

The goal posts of brainpower have changed throughout time. We’re beginning to realize that there are different modes of how to think and act that are equally valid. Some people believe that the IQ is one of the best ways to showcase how you think. Other pockets of academia believe in Robert Sternberg’s Triarchic Theory of Intelligence, which breaks things down into analytic, creative, and practical thinking patterns.

Debates rage on whether creativity can be taught, if brilliance is innate within our genetic code or influenced by our culture and upbringing.

In 1983, Howard Gardner, a developmental psychologist, put forth a new classification system that broke things down into 7 different types of intelligence. He’d later go on to add a few more throughout the years. These included naturalistic intelligence, existential and teaching-pedagogical which he considered adding when speaking with Big Think in 2016. While experimental evidence is sparse within this system, many have found it as a helpful litmus test to get a grasp on the way different people think.

Gardner argued that it’s of an evolutionary benefit for people to possess different sets of skills and talents. This common sense fact then translates into different modes of intelligence. The following is a brief overview of each:

The idea of multiple intelligences has influenced some in the field of education. For example, teachers might try to hone a child’s spatial tendencies and steer them towards being an architect. On the other hand, Gardner also warned that these types of intelligences shouldn’t be a limiting factor to how a student is taught. He opposes the idea that there should be a labeling of types of learners. He stated that intelligence is “a biopsychological potential to process information that can be activated in a cultural setting to solve problems or create products that are of value in a culture.”

If anything, this system gives learners the power to mix and mingle within the different modalities of thought. With this list we’ll be able to build upon our strengths and remedy our weaknesses. 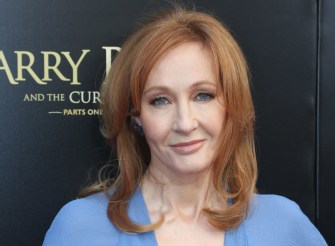 Linguistic intelligence is the ability to have a wide ranging grasp over words and the use of language in order to express and understand abstract concepts and other complex meanings. This type of intelligence allows us to be able to understand the fundamentals of grammar and speech, writing and communication. 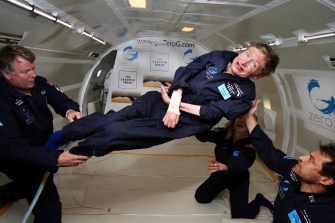 Logical-mathematical intelligence deals in the domain of quantity, numerics, logical operations and the whole range of abstract mathematics concepts. Logical intellect is a must-have for mathematicians, physicists and computer scientists. They derive meaning from sequential reasoning and abstract patterns.

The quick insight into logical tasks gives them the ability to be very well organized and disciplined. It follows that the analytical part of the brain is given much more of a focus on than the creative aspect.

SANTA BARBARA, CA – OCTOBER 07: The SpaceX Falcon 9 rocket (R) separates from the space craft (L) behind the rocket trail and under the stars after launching from Vandenberg Air Force Base carrying the SAOCOM 1A and ITASAT 1 satellites, as seen on October 7, 2018 near Santa Barbara, California. Photo by David McNew/Getty Images

Spatial intelligence is the ability to think in visual terms within areas of two and three dimensions. Core skills that come into play include: spatial reasoning, image manipulation, advanced perception, artistic skills and mental imagery.

Paired with an active imagination, spatial intelligence spills over into many disciplines. Some of these include sculptors, painters, architects and even pilots. This type of intelligence is also an absolute necessity to the creation of new imagery which a great deal of people would have a hard time visualizing. 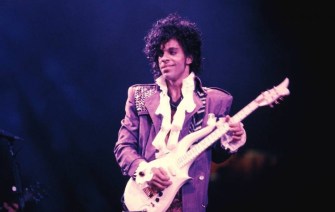 Musical intelligence is the ability to recognize differences in pitch, timbre, tone, and rhythm within a musical composition. The vast soundscape becomes a kind of playground for those musically attuned. They’re able to demonstrate a connection between the varied sounds, which allows them to reflect, reproduce and even create their own music.

This type of intelligence is mastered by musicians, composers and listeners who have a fine ear to the nuisances of sound. 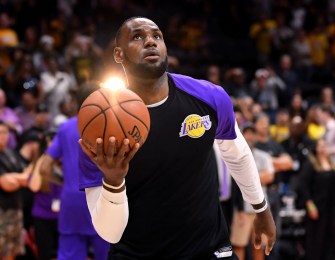 Bodily kinesthetic intelligence is the ability to manipulate exterior objects with the use of your body. A person with this type of intelligence has an incredible mind-body sense with excellent coordination. Athletes, surgeons and skilled laborers have developed kinesthetic abilities. 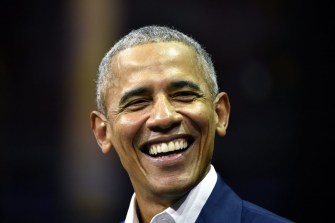 Interpersonal intelligence is the ability to interact with other people and effectively understand them. A whole host of both verbal and nonverbal cues of communication are needed to have a successful and meaningful interaction.

Things like being sensitive to other people’s moods and temperaments allow someone the ability to entertain multiple perspectives. Good politicians, teachers and actors all display this kind of intelligence. 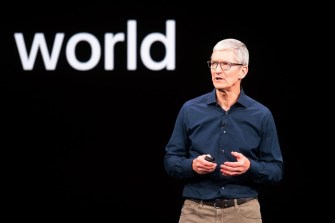 Intrapersonal intelligence is the ability – as the Ancient Greek aphorism would say to “Know thyself.” People that are able to understand and control one’s thoughts and feelings can use this knowledge in directing their life. This ability is evident in philosophers, leaders and entrepreneurs. They rarely deceive themselves and are able to stay self-motivated in whatever it is they’re interested in.

Tags
creativityeducationhoward gardnerintelligencelearningpsychology
In this article
creativityeducationhoward gardnerintelligencelearningpsychology
Related
Neuropsych
Why is a Starbucks loyalty rewards program making customers so angry?
The rewards price to get a free cup of hot coffee at Starbucks is going up.
3 game theory tactics, explained
How to maximize wins and minimize losses, explained by four experts on game theory.
▸
7 min
—
with
Kevin Zollman
Sponsored
What childhood “money story” is shaping your financial behaviors?
Here are the signs that you inherited “money anxiety” from your parents.
How to fix your money trauma
Do you remember feeling “money shame” for the first time?
▸
7 min
—
with
Dr. Brad Klontz
Neuropsych
The most common source of awe might surprise you
It’s us.
Up Next
Mind & Brain
Which came first: the chicken or the egg?
The age-old question, finally answered. Kind of.