We know communication leads to better results. An entire library of business books discuss the importance of honest and, if necessary, tough conversations to drill down and specify potential problems in the corporate environment. The same holds true for societies and politics — dialogue is better than silence. Yet, for some reason we seem to forget that lesson when we get home to slide into bed.

A new meta-analysis from three researchers at the University of Texas at Austin argues for the importance of frank conversation at bedtime (as well as leading up to it). According to their survey of the literature, better conversation leads to better sexual satisfaction, orgasms, and desire levels.

Looking over 48 studies on sexuality, sexual dysfunction, and conversations about sex, the team of Allen Mallory, Amelia Stanton, and Ariel Handy wanted to know if there is a link between sexual communication and sexual function. Are couples that talk about sex better at it?

First, the researchers opened by discussing two different aspects of avoidance. Sometimes couples with sexual problems dodge the topic out of shame, fear, or uncertainty. Likewise, couples that have difficulty discussing their sexual lives might be more likely to encounter problems down the line. They continue,

“Either way, it is likely that sexual function and sexual satisfaction are both directly impacted by sexual self-disclosure, which may protect against future sexual dysfunction and ultimately enhance future communication.”

The pathways that open up possibilities of better sex include the disclosure of one’s preferences. If your partner knows what you like (or hate), you’re more likely to please them. And if such a discussion is had early on, if either (or both) partner change their preferences over time, they’re likely to feel comfortable discussing that change, leading to further trust and pleasure.

Another pathway leads to better intimacy: Couples that are open enough to share their pleasures are more likely to be intimate with each other. Failure to communicate needs and desires leads to the opposite — that is, discomfort and distrust, fomented by a lack of dialogue.

Both pathways are especially important in long-term, committed relationships. The well-known “honeymoon phase” of every relationship creates an addictive chemical cocktail in the brains and bodies of sexual partners. Yet our biology is not designed for sustaining the intensity of this period. Communication, the authors declare, is an essential key to ensuring both partners are pleased as the dopamine and serotonin surges decrease. 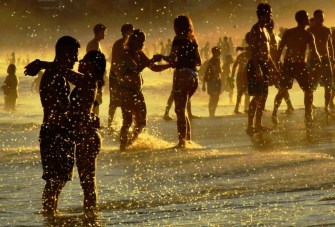 The studies the team pored over, which included more than 12,000 participants in all, looked at a variety of topics related to sexual dysfunction, including desire, emotion, lubrication, arousal, erection, and pain. While communication appears to be helpful to everyone involved, Mallory notes that one sex cherishes dialogue more:

“Talking with a partner about sexual concerns seems to be associated with better sexual function. This relationship was most consistent for orgasm function and overall sexual function — and uniquely related to women’s sexual desire.”

From their literature review, it appears that both genders experience better orgasms and overall sexual function when more talking is involved. For women specifically, desire is greatly enhanced with conversation. These links appear to be strongest in married couples.

The authors note that correlation is not always causation. As with every study, they add that more research is needed. The good news is this field might be the most enjoyable for humans to experiment with.

Cats know more than they let on.
The Present

Learning another language might make you richer, sexier, and smarter. Why not try it?
The Present

Discrimination is up across the board.