The loss of sexual desire is something that can impact anyone, no matter their gender or sexual orientation, but for the sake of this particular study, researchers focused on the female libido.

Hypoactive sexual desire disorder is defined as an absence of sexual fantasies and/or the lack of receptivity to sexual activity that (that causes personal distress or difficulties in her relationships). This is the most common form of female sexual dysfunction and it can impact women of all ages. 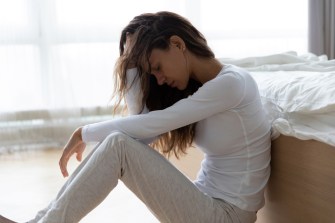 An estimated one in ten women experience female sexual dysfunction. Photo by fizkes on Shutterstock

This 2020 study published in the Journal of Sex Research, led by Dr. Avigail Moor and her colleagues Yael Haimov and Shaked Shreiber, focused on 15 women between the ages of 25-59, all of whom were in committed, heterosexual, long-term relationships (with a median relationship length of 3.5 years) to better understand decreases in female sexual desire. Approximately half the women in this sample had children.

During this study, the women were asked various questions about:

There are a number of reasons why women, in particular, could be going through a libido decline, including: 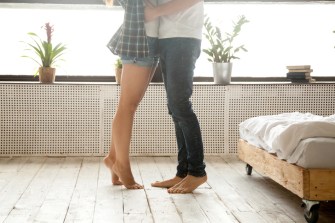 Even if you are struggling with differing sexual desires in your relationship, there are still countless ways you can show affection to your partner.Photo by fizkes on Shutterstock

Assistant professor at Harvard Medical School Jan Shifren, MD, explains in an interview: “One of the first things I do speaking to women who come in with sexual concerns is let them know that there is no normal frequency or set of behaviors and things change with times. If it’s working for them and/or their partner, there is no problem.”

Shifren goes on to explain that when the decreases in sexual interest begin having a negative impact on her life and cause distress in the relationship, this is when it’s considered a problem of low sexual desire.

If it is believed to be a problem, there are a few things this study, in particular, has highlighted.

Over half the participants said they didn’t believe their decreased sexual desire had a negative impact on their relationship, explaining that they have more intimate, deeper connections with their partner that went beyond sex. Many women who felt this way cited the fact that they were navigating life’s ups and downs, things like parenthood and job stress, with their partner, which made them feel closer to their partners even if the sexual desire wasn’t there.

This is an extremely isolating problem even if it impacts the whole relationship.

In order to make sense of the rapid changes in their desires or the complete lack of sexual drive, many women in the study claimed they looked inwards, often blaming themselves. Instead of thinking that this is a common thing many individuals (and many other women) struggle with, many of these participants felt guilty about their low libidos, thinking it must be their problem.

Among these women, feelings of guilt and self-blame were frequent over the course of their interviews.

Even in situations where there was very minimal negative impact on the relationship, desire discrepancies still caused some tension.

While over half the women involved stated they did not feel desire discrepancies in their relationship negatively impacted their relationship, many women still did describe feeling some sort of “pressure” to have sex more often.

Despite having relationships that were described as loving and healthy, some of the women in the study indicated that they have, in the past, still experienced conflict with their partner over how long it had been since they had sex. Some women also stated they were worried that their partner took their low libido personally.

How can you navigate desire discrepancies in long-term relationships?

This is one of the first studies to focus so specifically on female sexual dysfunction in long-term relationships, so there is still a lot of research to be done. What we have learned from this study, however, can help us better understand how to navigate these difficult challenges of intimate relationships.

Strategies that can be used to address the problems in the relationship that are caused by having a low sex drive can be things like:

Engaging in a brief mindfulness exercise made people who identified “I/me” words 33% less likely to volunteer.
Up Next
The Present

Dinosaur bone? Meteorite? These men’s wedding bands are a real break from boredom.