All day long, our brains are busy receiving sensory information: smells, sounds, sights, and so on. We absorb much of this without really thinking about it. However, every now and then something we see grabs our attention, maybe a stunning landscape or a beautiful sunset. We stop what we’re doing and spend a moment taking it in. Are we the only animal that can stop and take conscious notice of what we see?

A study just published in the Proceedings of the National Academy of Sciences suggests that we’re not. It appears that at least one other animal — the rhesus monkey, Macaca mulatta — shares our ability to pay deliberate attention to what it sees. The authors of the study infer this ability, paradoxically, from the manner in which the monkey deals with visual inputs it doesn’t consciously notice. 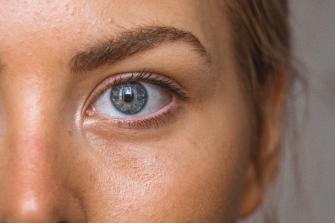 It has been known for some time that even when visual stimuli escape our conscious attention, we respond to it subliminally, says Yale psychologist Laurie Santos, co-senior author of the paper along with Yale psychologist Steve Chang and Ran Hassin of Hebrew University. Even so, she says, “We tend to show different patterns of learning when presented with subliminal stimuli than we do for consciously experienced, or supraliminal stimuli.” (“Supraliminal” describes visual stimuli that are consciously noted.)

The authors of the study set out to see if rhesus monkeys exhibited a similar “double disassociation” in the way they respond to supraliminal vs. subliminal visual stimuli.

Ask a monkey a question 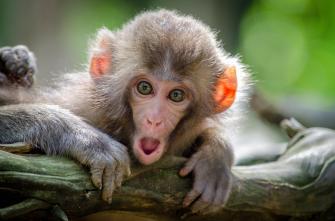 Obviously, research on animals is hampered by our inability to question critters. As a result, scientists need to be creative in designing experimental methods that allow them to draw conclusions based strictly on empirical observation.

“People have wondered for a long time whether animals experience the world the way we do, but it’s been difficult to figure out a good way to test this question empirically,” says first author of the study, Moshe Shay Ben-Haim, a postdoctoral fellow at Yale University.

The researchers came up with a series of experiments in which both humans and rhesus monkeys could observably demonstrate how they process subliminal and supraliminal visual stimuli.

In the experiments, participants were tasked with predicting the side of a computer screen on which a target image would appear depending on the position of a visual cue, a small star symbol, provided by the researchers.

When the researchers displayed the cue on one side of the screen long enough to ensure that it was noticed — that is, it was a supraliminal signal — both humans and monkeys learned to look for the target image on the opposite side of the screen.

On the other hand, when the star flashed on the screen only very briefly, both humans and monkeys consistently looked to the side on which this subliminal signal had appeared, anticipating the target image’s appearance there.

In the first case, the subjects learned the significance of the cue’s position. In the second, their response simply mirrored the subliminal cue. This, say the authors, demonstrates the different ways in which humans — and monkeys apparently — react to visual stimuli that are consciously noticed or not.

Ben-Haim summarizes the authors’ interpretation of the experiment:

“These results show that at least one non-human animal exhibits both non-conscious perception as well as human-like conscious visual awareness. We now have a new non-verbal method for assessing whether other non-human creatures experience visual awareness in the same way as humans.”

Your eyes are playing tricks on you.
Life

There’s an enormous evolutionary advantage for flamingos to stand on one leg, but genetics doesn’t help. Only physics explains why.
Up Next
Hard Science

A new study provides a possible scientific explanation for the existence of stories about ancient saints performing miracles with water.