There’s acrophobia, or a fear of heights — this one makes sense since falling from a great height can genuinely hurt you. Thalassophobia, or fear of the sea, also makes sense. Swimming is difficult, and drowning is a real risk. But glossophobia? What possible advantage could there be to a fear of public speaking? Why does delivering a presentation to a large crowd produce the same effect as being charged by a bear?

Fortunately, speechcraft is a skill that can be improved with practical, concrete advice, and confidence in your abilities will hopefully cure your glossophobia. Here’s 7 tips to become a master in speechcraft.

1. Turn your anxiety into excitement

If you’ve ever had the jitters prior to giving a speech, you may also be familiar with how frustrating it is to hear a well-intentioned friend tell you to “just calm down.” As it turns out, calming down might be the exact opposite of what you should do prior to a speech.

Instead, you should try what researchers refer to as “anxiety reappraisal.” Anxiety is a holdover from our past when we needed to get amped up and ready to fight or flee from the jaguar stalking you through the jungle. Anxiety is just an unpleasant form of arousal, so it’s far easier and more effective to channel that energy into a more positive form of arousal: excitement.

Numerous studies have confirmed this effect. When study participants said “I am excited” rather than “I am nervous,” for instance, they performed karaoke better and felt better about their performance; they were seen as more persuasive, confident, and persistent when giving a speech; and they performed better on a math test.

There’s a reason why the Oscars play music when an actor’s speech drags on a little too long. Some people don’t seem to suffer from a fear of speaking, but rather an excessive love of it. If you focus too much on the act of speaking itself rather than the message, how can you expect your audience to hear your message? When asked what makes for a great speech, John F. Kennedy’s famous speechwriter, Ted Sorenson, gave much the same answer:

Speaking from the heart, to the heart, directly, not too complicated, relatively brief sentences, words that are clear to everyone. I’ve always said a model of a statement by a leader were the seven words uttered by Winston Churchill on the fall of France — ‘The news from France is very bad.’ That’s how he opened his speech to the country. Very direct, honest, no confusing what he’s saying, but very moving at the same time. 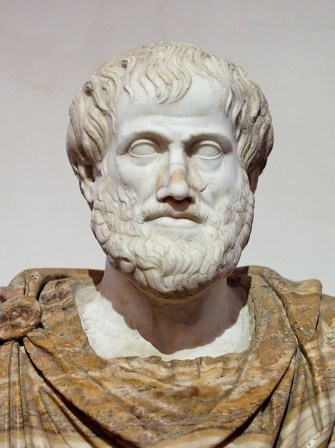 Aristotle formulated what are known as the modes of persuasion, or three ways to convince your audience of your point: ethos, pathos, and logos.

Ethos refers to one’s character, or credibility. If you’re an established figure in a field or an expert, your audience is more likely to listen to you. If you or somebody else introduces your credentials, then you’re appealing to ethos to convince your audience.

Speeches relying on pathos make the audience feel something, whether that’s hope, love, or fear. It’s a powerful rhetorical tool, but relying solely on pathos to convince your audience can be seen as manipulative.

Appealing to logos is the practice of supplying facts and logical argument in your speech. Although logos can be used in a misleading way, it’s usually the strongest and most direct method of persuading an audience.

Though some speeches feature one of these three modes more heavily than others, most speeches tend to be composed of a mixture of the three.

Presidential speechwriter James Humes describes this as “strategic delay” in his book Speak like Churchill, Stand like Lincoln. Not only does pausing during a speech give you time to collect your thoughts, it also adds weight to your words. “Before you speak,” writes Humes, “lock your eyes on each of your soon-to-be listeners. Every second you wait will strengthen the impact of your words. Stand, stare, and command your audience, and they will bend their ears to listen.” 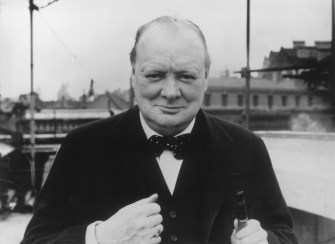 5. Speak with a natural rhythm

Widely regarded as one of the best orators of all time, Winston Churchill understood the importance of rhythm when giving a speech. In his article, The Scaffolding of Rhetoric, Churchill writes:

The great influence of sound on the human brain is well known. The sentences of the orator when he appeals to his art become long, rolling and sonorous. The peculiar balance of the phrases produces a cadence which resembles blank verse rather than prose.

It’s difficult to listen to somebody who speaks in a monotone; not only is it boring, but it’s also lacking crucial information. Natural speech contains a variety of notes, paces, and rhythms that tell the audience what’s important, what’s not important, when a new topic has begun, when one thought is coming to an end, and so on.

6. Compare what is with what could be

In her TED Talk, author and CEO Nancy Duarte described a hidden pattern she found in history’s greatest speeches. Great speeches repeatedly describe the current reality and contrast it with a desired outcome, and then end with a call to action:

People like to hear things in groups of threes. In Max Atkinson’s book on oratory, Our Masters’ Voices, Atkison says that three-part lists have “an air of unity or completeness about them,” while lists with two items “tend to appear inadequate or incomplete.” Winston Churchill (who is going to be all over any list that has to do with great speaking) once said, “If you have an important point to make, don’t try to be subtle or clever. Use a pile driver. Hit the point once. Then come back and hit it again. Then hit it a third time — a tremendous whack.”

In an interview with Big Think, Alan Alda — who became well-known for his gift for public speaking in addition to his acting career — also expressed how his public speaking approach revolves around the number three.

Public speaking can be a daunting task, but these seven tactics can improve your public speaking skill, thereby improving your confidence. After all, feeling confident in your abilities is a far better way to feel comfortable when in front of a microphone than imagining the audience in their underwear.

Your mentors made time for you. Now, go and make time for others.
Up Next
Creativity

How to stop fearing deadlines and start using them

“Doing any sort of creative work takes so much intellectual tussle that if there’s any way you can escape from it, you will.” So says Tina Brown, founder of the […]