Utter the word psychopath and immediately ideas of a sadistic serial killer with a penchant for blood comes to mind. Would it surprise you to know that you may interact with one every day? In fact, psychologists have noted that some of the top CEOs and others who hold lofty positions, and even many regular people who do not, have this condition. You may know, love, or even be a psychopath and not even know it. The important thing here is to define what a psychopath is.

The traditional definition is someone who cannot empathize with others, and so does not feel shame or regret for negative actions towards them. Fans of the TV series Dexter recognize this as the internal struggle of the main character. Their inability to understand the emotions of others makes them antisocial, which could cause the psychopath to become more of a threat in the boardroom, on the sports field, or in a dark alley, to others.

But now a new study is altering the definition entirely. Harvard associate psychology professor Joshua Buckhotlz was its co-author. He and Arielle Baskin-Sommers of Yale University found that psychopaths aren’t immune to empathy. Many do in fact feel regret when they hurt others.

What they cannot do is predict the outcomes of their choices or behavior. They somehow aren’t in tune with social norms, those rules that keep the peace and act as a social glue, thereby maintaining the social order. It is this inability to predict outcomes that may lead to them to poor choices, viewed as improper or even ghastly by others. 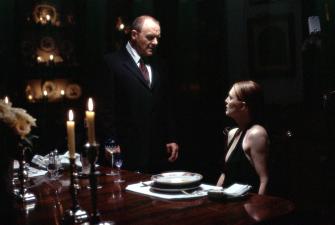 Some psychopaths may have their heart in the right place. But they can’t recognize when they’ve crossed the line.

Researchers recruited a number of incarcerated persons, some who were deemed psychopaths and others who were not, and had them play a game based on economics. A metric called prospective regret sensitivity was used to measure each participant’s level of regret, based on decisions they had made during the game. Psychopaths were seen as making riskier moves, but had difficulty evaluating whether or not they would regret them afterward.

Though we think of it as one emotion, Buckholtz claims that regret is actually a two-part process. The first part is retrospective regret. This is the kind we ruminate over, from the past. We think about a painful experience and wish we had made a better choice. From there, we can vow to take a different path in the future.

The second is prospective regret, which is when we take information from the environment and make predictions on what will happen, and whether or not we will regret our choice. Buckhotlz and Baskin-Sommers showed that it was an inability to make decisions based on values and understand the probable outcome, and its impact on others that defines a psychopath. “It’s almost like a blindness to future regret,” Buckhotlz said. Though in the aftermath they feel remorse, they can’t see it coming. 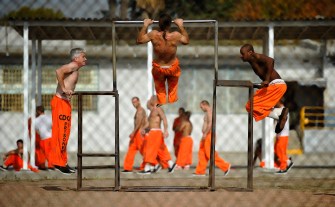 A large number of the incarcerated have psychopathic tendencies. This study may lead to retraining them to avoid poor decision making.

“Contrary to what you would expect based on these basic emotional-deficit models, their emotional responses to regret didn’t predict incarceration.” Buckhotlz said. Yet, “We know psychopathy is one of the biggest predictors of criminal behavior.” Being able to train individuals to recognize signs of future regret could be a way to make a more compassionate psychopath, and one that might stay away from trouble, and incarceration.

Though we know much about the condition, we know very little about how psychopaths make decisions, researchers said. Psychologists have mostly delved into how their emotions work and what emotional experiences they have. But how they use that information and other signals from the environment to make decisions, has heretofore, never been studied. According to Buckhotlz, “Getting better insight into why psychopaths make such terrible choices, I think, is going to be very important for the next generation of psychopathy research.”

Baskin-Sommers added further insight saying, “These findings highlight that psychopathic individuals are not simply incapable of regret [or other emotions], but that there is a more nuanced dysfunction that gets in the way of their adaptive functioning.” Understanding this can help psychologists develop better methods for predicting psychopathic behavior and perhaps even train such individuals to recognize clues and steer clear of pitfalls, thus making better life decisions.

A psychiatrist studied 1,000 near-death experiences. Here’s what he discovered.
▸
7 min
—
with
Dr. Bruce Greyson
Up Next
Starts With A Bang

Ask Ethan: If gravity attracts, how does the ‘dipole repeller’ push the Milky Way?

Is gravitational repulsion a real thing?“For the first time, astronomers have outlined and named the network of galaxies that includes the Milky Way, adding a line to our cosmic address and […]